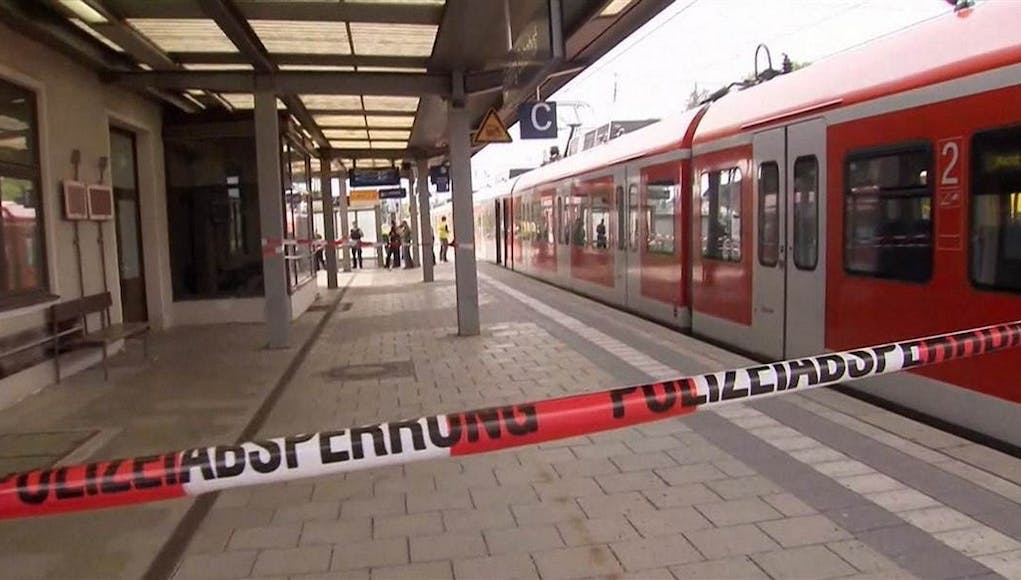 Islamic state have claimed responsibility for a knife and axe attack by a 17-year-old Afghan refugee on a train in Germany.

The claim was posted on the group’s Aamaq news agency on Tuesday.

The Islamic State statement says the attacker was “a member of the Islamic State” group and carried out the attack in response to the militant group’s calls to attack countries that are members of the anti-IS coalition.

A spokesman for the Bavarian Ministry of the Interior was quoted as saying it was “probably an Islamist attack”.

The attack started around 21:00 local time on a train traveling between Treuchtlingen and Würzburg. The assailant attacked people with an axe and knife and injured five, four of them seriously.

Four victims (a husband, wife, their daughter and her boyfriend) were from Hong Kong. Fourteen others were treated for shock after they witnessed the attack.

The attacker was shot dead by the SEK as he tried to flee the scene. He apparently shouted “Allahu Akbar!” during the attack and police found a hand-painted ISIS flag in his room.

The attacker was identified as a 17-year-old Afghan male who arrived in Germany as an unaccompanied child refugee. He first lived in a refugee camp, then with a foster family for two weeks, both in Ochsenfurt.

Doesn’t take much does it? Oh he’s a Muslim, we’ll have that….murderous superstitious scum.

Hi Bob, does this comment refer to IS or Muslims?

IS but they pick on any Muslim who does something and take it as their own..

As soon as the media reported a black flag, IS jump in there saying ….’me me me me, what a bunch of throbbers

Well there is probably enough of them mingled in with all these refugees in Germany.