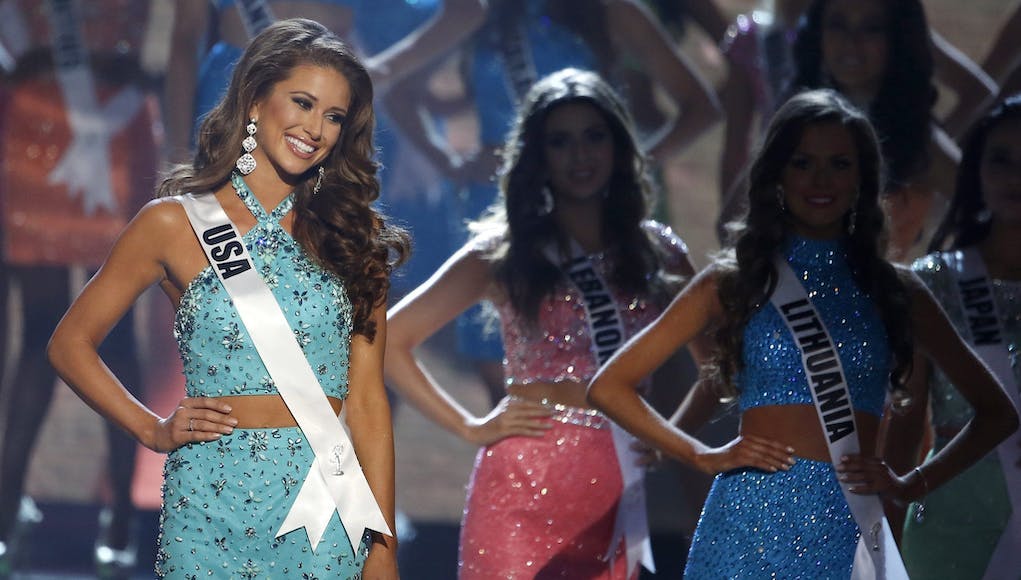 Islamic State have threatened to attack the Miss Universe pageant if it is held in the Philippines.

In a message posted to a Messenger group called ‘IS Philippines supporters’, a member, noting next year’s pageant, encourages “everyone who can” to launch attacks at the event.

The Miss Universe contest is scheduled for January 2017 in the Philippines.

Islamic State gained prominence in early 2014 when it drove Iraqi government forces out of key cities in its Western Iraq offensive, followed by the capture of Mosul and the Sinjar massacre.

The subsequent possibility of a collapse of the Iraqi state prompted a renewal of US military action in the country. In Syria, the group has conducted ground attacks on both government forces and rebel factions. In early 2015, the number of fighters that the group commands in Iraq and Syria was estimated by the CIA at 31,000, with foreign fighters accounting for around two thirds, while Islamic State leaders claim that they command 40,000 fighters, the majority of them being Iraqi and Syrian nationals.

The group has been designated a terrorist organisation by the United Nations, the European Union and its member states, the United States, Russia, India, Indonesia, Israel, Turkey, Saudi Arabia, Syria, Iran and other countries.

Over 60 countries are directly or indirectly waging war against Islamic State. Adept at social media, Islamic State is widely known for its videos of beheadings of both soldiers and civilians, including journalists and aid workers, and its destruction of cultural heritage sites.

The United Nations holds Islamic State responsible for human rights abuses and war crimes, and Amnesty International has charged the group with ethnic cleansing on a “historic scale” in northern Iraq.

Around the world, Islamic religious leaders have overwhelmingly condemned Islamic State’s ideology and actions, arguing that the group has strayed from the path of true Islam and that its actions do not reflect the religion’s real teachings or virtues.

seriously though why don’t the world’s military get together and roll over them wiping them out? is there some agenda going on we are not prevy to?

They are, it’s just they’re spread across a ton of territory that includes thousands of civilians who are basically hostages, under curfew and prevented from leaving, those who try and leave or conspire against them get hacked to death in the streets or hung, so getting rid of ISIS means careful operations that avoid civilian casualties wherever possible. Like cutting out a tumour with a scalpel and not an axe.

Don’t think even an axe is big enough. steam rolled out

What haven’t they threaten ?

Are they jealous that it’s not held in Syria? They should have asked.

I guess there won’t be any shortage of close protection volunteers ?

Well it’s not the organizers fault that they can’t allow goats to join. It’s a pageant. Not a county fair.

They could always join in and send their best looking goat to compete!!!!

A shave and some makeup, who would know? Would have to flush out the IS Daesh semen first though for hygien reasons!