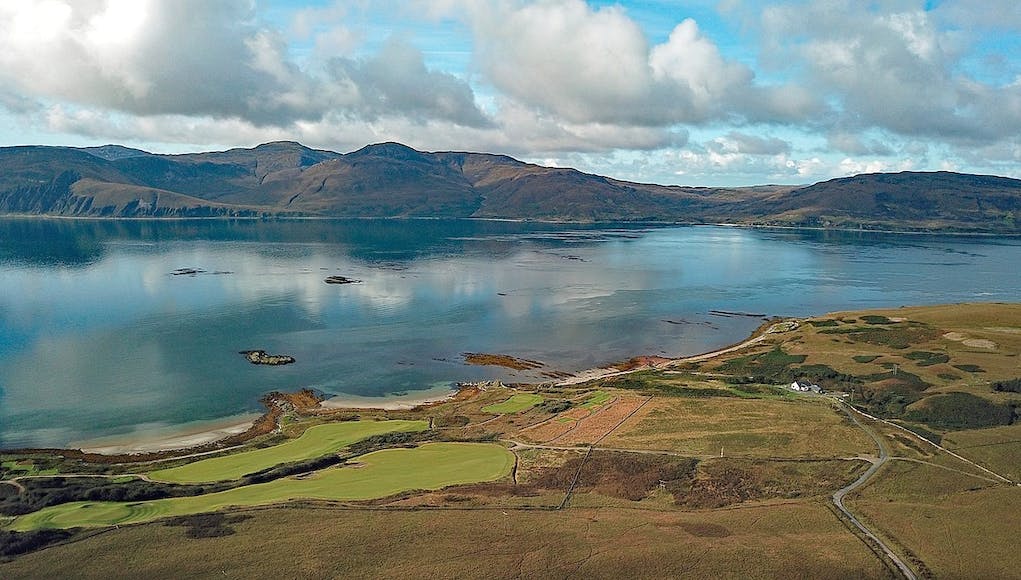 The island of Islay, as many people will know, is the furthest south of the islands off the west coast of Scotland, known collectively as the Hebrides.

This article was submitted by Stuart Crawford, a writer on military and defence topics and a former army officer.

It is part of the sub-grouping known as the Inner Hebrides, and lies on the same latitude approximately as Glasgow and Edinburgh on the mainland. Its history goes back many thousands of years, but perhaps it is most famously known for having been the centre of the Lordship of the Isles, that Clan Donald semi-autonomous kingdom which features so heavily in Scottish early mediaeval history.

Islay is approximately 20 miles by 25 miles all told, and in modern times has a population of just over 3,000 souls, augmented considerably by the many tourists who visit the island.  They come in the main to visit the island’s 9 world famous whisky distilleries, plus for walking and the island’s plentiful wildlife.

Like the rest of Scotland and indeed the UK as a whole, Islay has been touched by the major conflicts of times gone by.  Most recently, the 20th century saw the island contribute its men and materiel to both world wars.  The First World War, or Great War as it is still called in these parts, took a particularly harsh toll of the islanders, as the poignant war memorials at Port Ellen, Port Charlotte and Portnahaven illustrate only too well.

Being on the northern route for ships and convoys on their way to Glasgow and Liverpool from across the Atlantic in both wars made the seas around Islay a favoured hunting ground for U Boats, and there are at least 50 sunken wrecks in her surrounding waters.  The most infamous twin maritime tragedies of all occurred towards the end of the First World War.  On 5th February 1918 the American troopship the SS Tuscania, carrying 2,336 American servicemen and a crew of 239, was torpedoed by UB 77 with the loss of over 210 lives.

A greater tragedy took place on 6th October that same year.  The armed merchant cruiser HMS Otranto collided in atrocious weather with the liner turned troopship HMS Kashmir.  The Otranto hit the rocky coast of Islay and it is estimated that 96 of Otranto’s crew and 358 American servicemen bound for the war in France died that night.   The American Monument on the Mull of Oa commemorates those who lost their lives in both incidents.

During the Second World War the island was also much involved in Britain’s war effort.  Islay saw an influx of as many as 3,000 British servicemen and women as its proximity to the choke point of the Atlantic convoys once again made its location of prime importance.  The aerodrome at Port Ellen (now Islay Airport) and the flying boat base on Loch Indaal at Bowmore allowed for long range aircraft patrols into the Atlantic to protect the convoys and look for U Boats.  Two radio stations, at Saligo and Kilchiaran, had similar functions.

However, perhaps one of Islay’s more intriguing and less well known associations with war came about not as part of the British or allied war effort but as that of the German enemy.  It appears that at least one notable visitation during the First World War occurred at Glas Uig, a deep inlet in the coast between Aros Bay and Ardmore on the eastern side of the island.[1]

Local legend has it that in 1921 a German tourist came to the island to visit and stayed in the White Hart Hotel in Port Ellen (Now No 1 Charlotte Street).  By all accounts he surprised the locals by declaring that this was not his first visit to the island and that he had been here before in his U Boat between 1916 -18.  He said that during the Great War he had frequently visited a natural harbour on the east cost of Islay. The harbour was Glas Uig, a well sheltered anchorage between two headlands, unused and uncharted for many years before and basically forgotten by the locals.

He said he tended to venture in, rest, recharge batteries, put two sentries on the headlands to be safe from surprise, and send a raiding party to nick one or two sheep for the ships larder. Local shepherds did in fact notice unusually high losses during 1916 to 1918, so it is said. The captain realised that there was little chance of being spotted; the valley between the lookouts’ promontories was virtually impassable and the narrow entrance to Glas Uig partly obscures the anchorage and faces a particularly desolate and deserted part of the mainland.

Sadly, the guest books of the White Hart Hotel were lost long ago, so the name of the U Boat captain is unrecorded. There has been a bit of chat to and fro on online U Boat forums[2] on which U Boat he might have commanded, and indeed on whether other U Boat commanders may have made use of the same facility.  Interestingly, the war diary of U 90 records that stated that it shot 7 sheep to augment crew rations on the 5th June 1918 on her way back to base via the Hebrides, but it is thought that this was on North Rona in the Outer Hebrides.

U 90 was commanded by Kapitanleutnant Walter Remy, a successful U Boat commander responsible for sinking 32 allied ships during the Great War.  Previous to U 90 he had commanded U 24, so speculation is that either U 24 or U 90 – or both – might have been the submarines that used Glas Uig.  Other U Boats may have used it as well, as it seems unlikely that Remy would have kept it secret from his fellow captains.

Sadly, nobody seems to know for certain and, unless further research of U Boat records throws up new information, the secret of who used Gals Uig as a safe anchorage in enemy territory, and when, remains an unsolved mystery.

Interesting, first time I’ve heard about this, I bet there’s far more we don’t know about.

Intriguing story, and not the first time I have heard similar. My late father had a conversation with a German tourist on Jura some years ago, and he claimed to have bought a U Boat into the big sea loch that almost bisects the island. They had been depthcharged in the Minch and needed to make repairs. Apparently they were there for a couple of days while the engineers hammered things straight, and some of the crew went ashore and shot deer, so they dined on venison on the way back to Germany. Jura is a very under populated island… Read more »

What I want to read about is modern stuff, modern hidden gems, modern outposts etc etc. This was nearly 100 years ago ffs

Well go somewhere else then, with respect.

Yes it was 100 years ago, but it shows that warfare then was much more about individuals taking life and death decisions on behalf of their crews. There was none of the comms that we take for granted today, no instant reference to higher authority for a ruling, you went to war on behalf of whichever side you were on, and you took the course of action you as commander thought best. If you got it right, you and your crew lived, get it wrong and you died. Give some credit to people who were in many ways much braver… Read more »

“Those that fail to learn from history, are doomed to repeat it.”

Most stuff on UKDJ is modern. This is an interesting change. Wonder if any Soviet subs landed in this area in the Cold War?

How about you publish what you want to your website and we’ll do so on ours, deal?

I enjoyed reading it.