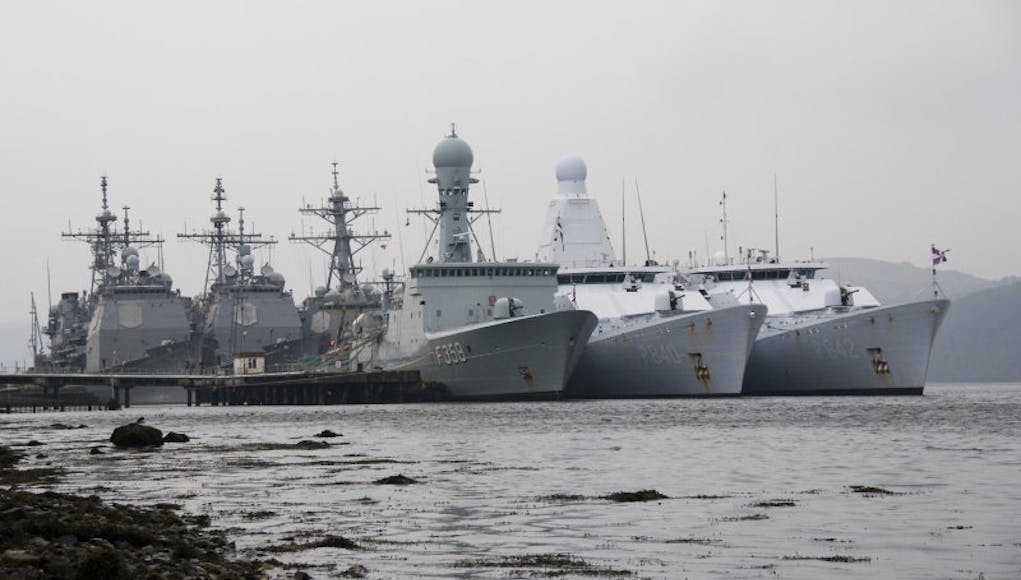 Joint Warrior, being held for the second time this year, will take place between the 5th and 16th of October and is a programme of exercises conducted by land , sea, submarine and air forces across the UK. The majority of the exercise is focused in the airspace, offshore and coastal waters to the north east, north and north west of Scotland. It is largest exercise of its kind held by NATO.

“Alongside forces from the Army and RAF, it prepares maritime forces, including ships, submarines, aircraft and personnel very well for the challenges of real-world activity, from maritime security, counter-piracy to combat operations.”

Joint Warrior will feature more than 22 warships and submarines, 52 fixed wing aircraft, and a total of nearly 3,500 personnel from the various participating nations. Participating nations include the UK, US, the Netherlands, France, Denmark, Norway, Spain, Germany, Lithuania, Belgium, Poland, Estonia, and Latvia with the US Navy’s Commander Destroyer Squadron 26 assuming overall command of the task group. Coordinating events will be around 150 additional military personnel, many of them Reservists, who will operate from HM Naval Base Clyde for two weeks.

Forces will also engage in GPS denial operations in a confined and relatively remote area in north-west Scotland at specific times in Faraid Head. Ships, submarines, aircraft and troops will be taking part in an area which stretches from the Irish Sea, north to Cape Wrath and east to the Moray Firth

Visiting Glasgow ahead of the exercise will be Danish vessels HDMS Peter Willemoes and HDMS Hvidbjoernen, while HM Naval Base Clyde will host 13 other ships from Spain, the Netherlands, the United States, Poland, Germany, Estonia and Latvia.