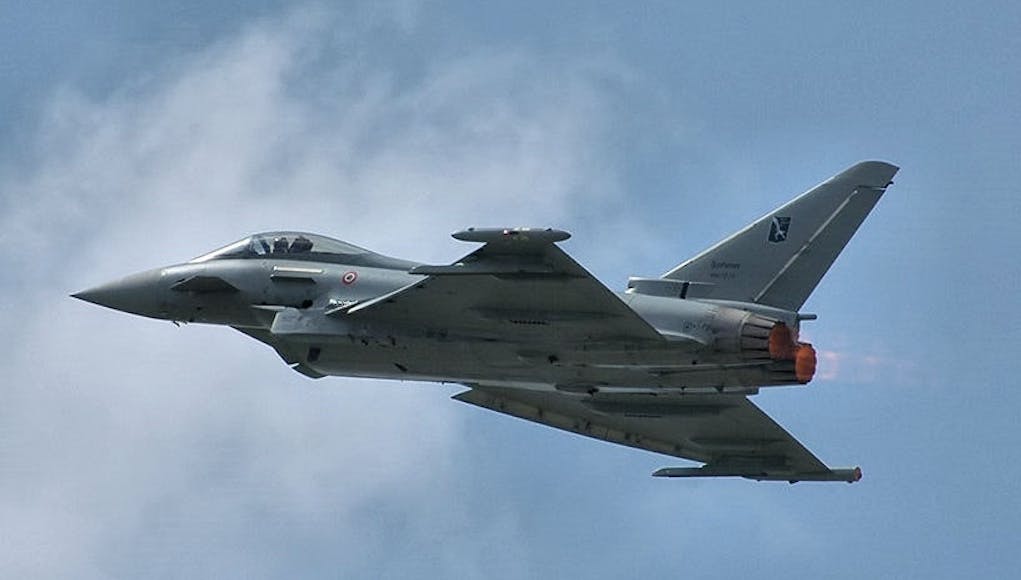 Kuwait has purchased 28 Typhoon jets it has been announced. Kuwait had started discussions to buy up to 28 Eurofighters in May this year.

The purchase is a government to government agreement between Kuwait and Italy. Italian firm Finmeccanica is believed to be behind the sales effort.

Typhoon is manufactured by a consortium of three companies; Alenia Aermacchi, Airbus Group and BAE Systems, who conduct the majority of affairs dealing with the project through a joint holding company, Eurofighter GmbH, which was formed in 1986.

Eurofighter was one of the six aircraft competing for the Indian MRCA competition for 126 multi-role fighters. In 2011, the Indian Air Force shortlisted the Dassault Rafale and Eurofighter Typhoon for the US$10.4 billion contract. In 2012, the IAF announced the Rafale as the preferred bidder in the competition

So the next big order for BAe is the Saudi Arabia Typhoon upgrade with E-scan etc?