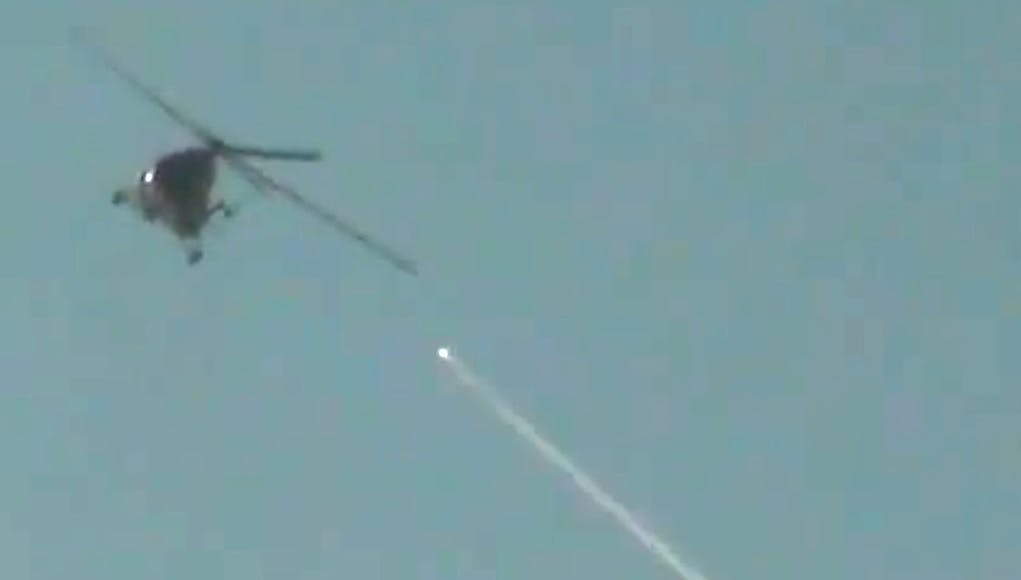 A Libyan military helicopter was reportedly shot down this week.

The helicopter crash reportedly triggered clashes west of the capital on Tuesday.

Libya is caught up in a conflict between that government and a second, internationally recognised one in the east. The shooting comes as the United Nations has pursued fragile negotiations between them to form a unity administration.

Colonel Mustafa Al-Sharkasi, spokesman for the Tripoli government’s chief of staff, said the helicopter had been returning to the capital when it was hit by anti-aircraft fire and crashed into the sea near al-Maya.

Local media report that 13 bodies had been recovered out of the 19 people on board, including three colonels from the Tripoli military command. They had been travelling by helicopter because of security risks on the coast road west of the city.