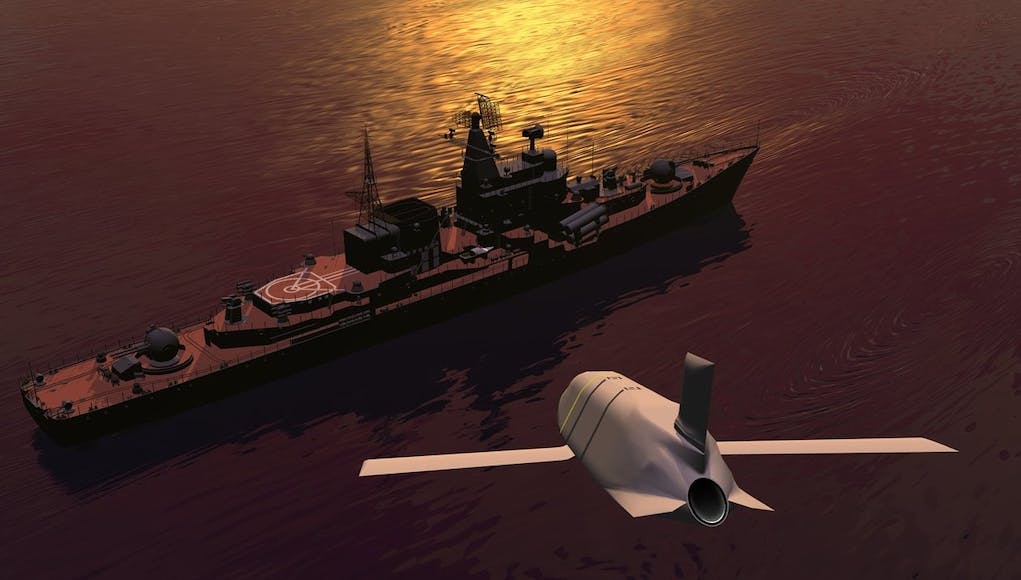 Lockheed Martin has decided to withdraw its Long Range Anti-Ship Missile (LRASM) from the US Navy competition to arm the Littoral Combat Ship and frigate, company officials confirmed to the UK Defence Journal.

According to a Lockheed Martin spokesperson in an e-mail:

“After long and careful consideration, Lockheed Martin has decided to withdraw from the U.S. Navy Over-the-Horizon Weapon System (OTH-WS) competition. As the current OTH-WS Request for Proposal process refined over time, it became clear that our offering would not be fully valued. Lockheed Martin remains a committed industry partner and looks forward to future opportunities to deliver superior combat power to the Surface Navy.

Our decision to no-bid the Over-the-Horizon Weapon System competition doesn’t impact the U.S. Navy’s air-launched offensive anti-surface warfare (OASuW) Increment 1, which is a program of record. We will continue to partner with the Navy on this critical program.

If additional changes are made to the RFP, Lockheed Martin would review the new requirements and assess whether our capability would be a good fit to meet the U.S. Navy’s needs, as we would with any RFP.”

“Lockheed Martin strongly believes that we have an offering of significant value, which the Navy is already familiar with in the Long Range Anti-Ship Missile Capability Air-Launched program of record. We will continue our investment in the maturation of the surface launch LRASM capabilities for future competitions where survivability, long range, and lethality against the most capable adversary ships drive the requirements.

On the heels of our recent successful at-sea Vertical Launching System demonstration, our Topside Launcher flight test this summer designed for non-VLS applications, will further demonstrate the flexibility and versatility of LRASM for the surface fleet.

Lockheed Martin understands how critical this capability is to the Navy, particularly given the Surface Navy’s return to sea control through the Distributed Lethality concept of operations.”

With Lockheed and Boeing out of the competition the only remaining contender is the Norwegian Naval Strike Missile.

As usual Colin, no money for a new missile to protect our fleet…. but we have buckets loads to through away in foreign aid!

The foreign aid story is old and in my opinion it shows a lack of understanding of the threats we currently face are caused by. We are not at war with another nation where lining up the tanks / gun boats is the only solution. We are at war with people that are so poor, that they are forced into being extremist (ok the ring leaders not so much, its just a power play for them, but the people causing the problem are), just like what happened in the 30’s with the Nazi party. Our Foreign aid is helping protect… Read more »

Actually a large number are from anything but ‘poor’ families or are uneducated, most from Europe are well educated in fact, indeed rather a lot at our expense. What ever the rights and wrongs of the foreign aid budget it certainly is not going to have but a pin prick at preventing individuals taking to extremism. Despite billions of dollars from the US into Africa for example over the last 50 years individual wealth has declined overall. I can understand how poverty would lead to crime but to extremism in large numbers is arguable at the very least though certainly… Read more »

Agree we need the Norwegian anti ship missile ordered in now. We cannot allow the RN to become the only navy in the world unable to engage and sink the enemy (with the withdrawal from service without replacement of the harpoon)
Some of the comments previously listed are tactically and strategically incoherent. You fight wars with the weapons you have to hand. If you do not have the weapons you lose. It is that simple. Better get an order in now for the NSM.

As well as wishing that the RN would order NSM it’s also worth pausing to consider what a good job Kongsberg/Norway have done in producing such a world class, fully home-grown and apparently very exportable missile in what is a much, much smaller country (in GDP and population terms) than the UK. I wish we could do some of the same here.

if we look at our Nordic friends they have some world class products that they have developed on limited budgets including several Frigates (den /nor), fighters (Gripen), CB90’s to name just a few.

We need an anti-ship capability as soon as possible. Now is the time to order NSM for our Type 45’s. These could always be moved from the Type 45’s to the Type 31’s or sold off in future.

Alternatively, assuming the Type 45’s will be equipped with Mark 41 VLS, we could order JSM and use them with the Type 26’s and Type 31’s in future.

Julian
Reply to  A. Smith

Yes, we do need an anti-ship capability ASAP which in a way is a bit of a shame because Kongsberg says on its web site… “The JSM missile is primarily designed for operations from fixed wing aircraft platforms. Concept studies are under way to establish the requirements related to other platforms.” I can see Mk41/VLS launching being quite complicated but would certifying JSM for box-launching be much simpler? If it was possible I would love the RN to be able to buy JSM instead of NSM, starting with box-launchers for T45 and T23 (T23 ones to be cross-decked to T26).… Read more »