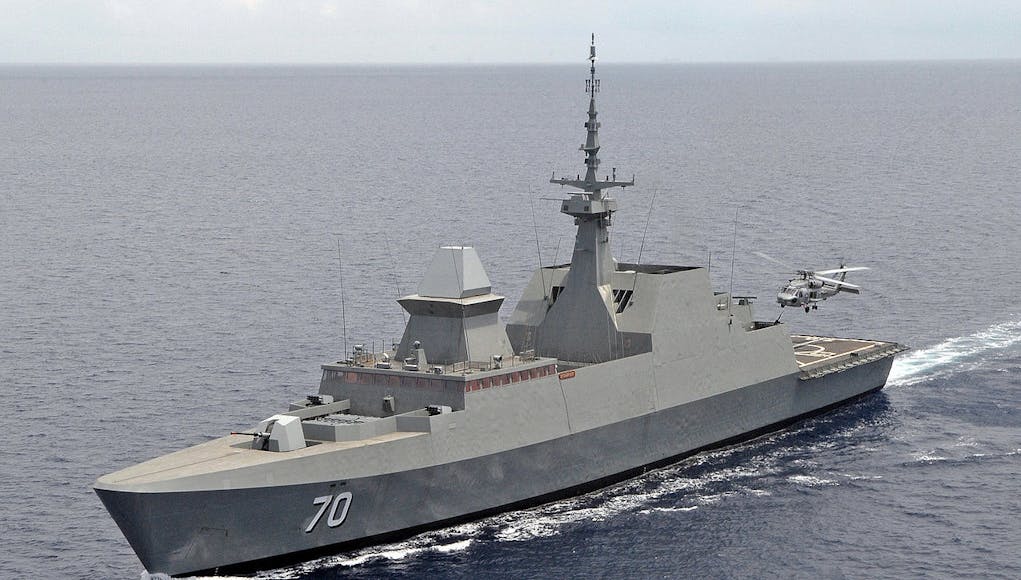 Neighbours Singapore and Malaysia have been tangled in a web of accusations and finger-pointing concerning Malaysia’s move to extend their maritime boundaries into Singaporean territorial waters.

Malaysia has extended its port limits from Johor Bahru, significantly pushing Malaysia’s maritime borders eastwards beyond those previously shown in a 1979 map.

Between November 25th and December 4th, Malaysian vessels have reportedly sailed into Singaporean waters 14 times, leading Transport Minister Khaw Boon Wan to claim that Malaysia is violating Singaporean sovereignty. This comes after multiple Singaporean protests against the moves, and warnings against any further escalation that could lead to a flash-point in tensions.

Mr Khaw, speaking to Channel News Asia, announced that although Singapore has been restrained in acting against these sudden unilateral moves, the city-state has decided to extend its own territorial water boundary beyond Tuas in retaliation:

“[Singapore] cannot allow our sovereignty to be violated, or new facts on the ground to be created”

This reprisal has drawn heavy criticism from Malaysia, who have since protested the action through Singapore’s High Commissioner for Malaysia.

Mr Khaw was adamant that these “blatant violations” would be met with “firm actions” if Malaysia did not back down from Singapore’s maritime territory, which is being patrolled by Singaporean Police Coast Guard and Navy Forces.

These moves have come days before claims that Malaysia are looking to reclaim airspace in South Johor, designated to Singapore, and the rejection of the proposed implementation of the Instrument Landing System (ILS), which Malaysia claims would hinder development in industrial districts in the region.

Despite the mounting accusations, Malaysian Prime Minister Mahathir Mohamed claimed that the changed port limits did not touch Singaporean borders, despite the intrusions superseding Malaysia’s territorial rights as set out in the country’s own 1979 map of maritime claims.

The 1979 map laid out claims that Singapore strongly rejected, as they interfered with Singaporean maritime borders, and because Singapore was not consulted during the production of the map. Singapore has never since legitimised nor agreed with the map.

Kuala Lumpur’s proposals to de-escalate tensions and rectify the situation follow a ‘cease and desist’ line, which Singapore has strongly rejected. The two countries stress that it is of imperative importance to maintain strong and stable bilateral relations in the face of this disagreement.

To Mr Khaw, the solution is obvious: “Leave our waters. It’s as simple as that”

Now we have two Five Nations members falling out . Great., And all is well with the world.

good to know were not the only nations embroiled in this kind thing, falklands? spain? same coin, different side

Malaysia and Singapore don’t consider that FPDA applies to their bi lateral relations. They only view it as their own relations with the UK and Australia. The nearest analogy would be Turkey and Greece in NATO but bitter enemies.

“The two countries stress that it is of imperative importance to maintain strong and stable bilateral relations in the face of this disagreement.”

Well we know what ‘strong and stable’ really means…

The part that concerns me is that Asia is partially mirroring what happened in Europe/West. As countries develop and become stronger internally, they start looking externally for more strength, and I can easily see an Asian cold war occurring in the decades to come and multiple proxy wars like happened in the west.

China is a huge worry to me. I have lived in the region for much of my adult life. The UK shouldn’t trust China in any way, and should prepare for a shooting war in the SCS.

Dave, thats the kind of comment that will be deleted on this site, several of my comments of similar nature have been deleted. Your all too right, I too have had multiple experiences of Chinese behavior in my work in business and the law, in the last 20 years. The tentacles of the PRC Government reach into every part of western civilization. Every Chinese international community is still controlled by the Central Government. The UK is only now realizing this threat but too late. Their society is based on fraud and corruption and intimidation and negotiations and compromise are seen… Read more »

Why will it be deleted? It should not be, since it simply recognized a geopolitical reality.

My comments about PRC ownership of Panama Canal and how they can close it down was deleted.

How much did they pay?

I think it is based off of the French Lafayette class, which would effectively rule it out

Ah cheers. I don’t recognise it. I guess looking at it again it’s bigger too than 31.

I’m hoping the type 31 ends up being closer in size to other modern frigates if it’s going to be a true general purpose ship. Specifically, The Absalon class is a perfect candidate with its flex deck and large space for VLS. If Babcock can base their Arrowhead 140 on the cheaper Absalon design vs the current Iver Huitfeldt design, I think they will win the contract.

In any case, the Absalon is pretty far removed from the T31 spec the MoD issued, which would put it at a big disadvantage in open competition. Arrowhead 120 is perhaps Babcocks best bet, although I certainly wouldn’t object to the A140.

Its going to be interesting to see what we get for 250m, considering that also needs to include the weapons, admittedly I assume at a discounted price as they will be brought 2nd hand from the MOD.

I can’t help thinking they will end up being pretty ineffective ships for anything other than police roles. Time will tell.

Kinda of showing when small countries like Singapore and Malaysia have better armed ships. Yes the t45/t23 are good ships but too few of them and the t31 is looking like it will be significantly under-armed due to cost.

Only Singapore… a lot of the Royal Malaysian Navy ships come “built for but not with” weapons… supposedly to be fitted when funds are available… at least the new ones being built.

That’s the thing. Our escort ships are absolute beasts when it comes to defensive capability but severely lacking in the offensive. I think the RN doctrine is that offensive power, either anti ship or against ground targets, is done by submarines or fast jet aircraft. Which would be fine. IF we had enough of both. If we had a fleet of 10+ Astute subs and 5-6 squadrons of F35s then there’d be no problem. However, even if we went to war against a peer enemy, chances are a carrier group would have only one Astute and at best, 24 F35s… Read more »

Daniele -yes sure that’s one of the Formidable ‘ class.

That’s not the main weaponry, the VLS is for defensive missiles only. The main “bite” of this ship is hidden in the hollow mid section between the first and 2nd masts. 24 Harpoon missiles. It’s actually ~20m smaller than a proposed T-31e but costs about 500 million pounds, twice the predicted cost of a T-31. It’s due to the heavy reliance on automation. Due to low population numbers, Singapore went automation heavy, the ship only has 71 crew members, less than half that of a T-23. It’ll hurt them in damage control but they don’t have much choice, it’s either… Read more »

They have a nice little navy (and air force) with great ship names.

Singapore considers themselves more like Israel. A lot of bigger nations surround it. All of them with larger populations and with more resources. They have developed a strong military industrial base, and have a mandatory National Service for all men. Much like Israel… (Israel has had military advisors in Singapore. They continue to have an influence in the Armed Forces of Singapore)

It’s not a big deal at all.

The new Malaysian Govt incorporates part of the more liberal former opposition parties for the first time in all 60-odd years of Malaysian independence, and this Govt is eager to show it’s not going to be business as usual.

Whereas the Singapore Govt is coming up on elections next year, and is eager to demonstrate its heretofore absolutely unutilised armed forces has some relevance amid mounting Opposition criticism of defence spending (highest in the region) and National Service.

Hence all this sabre-rattling and willy-waving. Storm in a teacup lads, nothing to worry about.

Strange story. It’s not like Singapore has a lot of territorial water for Malaysia to tresspass on. Has their navy got nothing better to do than piss the other off?
Glad they seem to have pretty amicable relations hopefully Malaysia grows up a bit.

It isn’t strange within the context of the region, the history of the two states, and our post-colonial history.

This is part of the tick for tat tactics of the new Mahathir government. Its very much a reversion back to the old days. THe previous government under Najib had excellent relationship with Singapore and the new government is trying to milk these minor events for political point scoring. Mahathir is a racist nationalist and like all racist nationalist he has a hard time accepting that people with a different skin color have been so much more economically successful than him. Hopefully he either dies soon or leaves office when he is suppose to next year and all this will… Read more »

Martin, I have to disagree with you on this. I am living in Malaysia and the story behind how Mahathir came back to power is much more complicated than you have said. Mahathir was a member of the political party that he is now opposing. The previous government under Najib was rift with corruption. Najib himself AND his wife have been arrested. There is several billion USD that is unaccounted for by the previous government. A large amount of it has gone into Najib’s pockets. And we still don’t know where all that money went. The other reason why Mahathir… Read more »

Rokuth
Excellent post with well-made points, thank you for adding to the discussion, best Tim

I did a thesis paper on Islamic Nationalism and one of its catch 22s of providing the highest level of education ever to the young people in Islamic states yet not being able to deliver jobs and an economy commensurate with that education and their rising expectations back in 2005 – The closing vignette of my research in it was on the conflict between Mahathir and Ibrahim in Malaysia – liberal vs autocratic Islamic government.

This is a good summary of the current Malaysian political/defence scene, though it should be noted that the Prime Minister has often shown a tendency to slip back into bad habits. The other Pakatan partners have kept him under control so far, but they would be unwise to let down their guard.

Malaysia is an international joke with a recent rally to keep in place it’s blatantly discriminatory policies to favour the moslems . Mahatir cannot achieve much as the three remaining boats run out of fuel and supplies. Incredible restraint on Singapore’s part as their Air Force can be fitted with nuclear warheads in a jiffy!