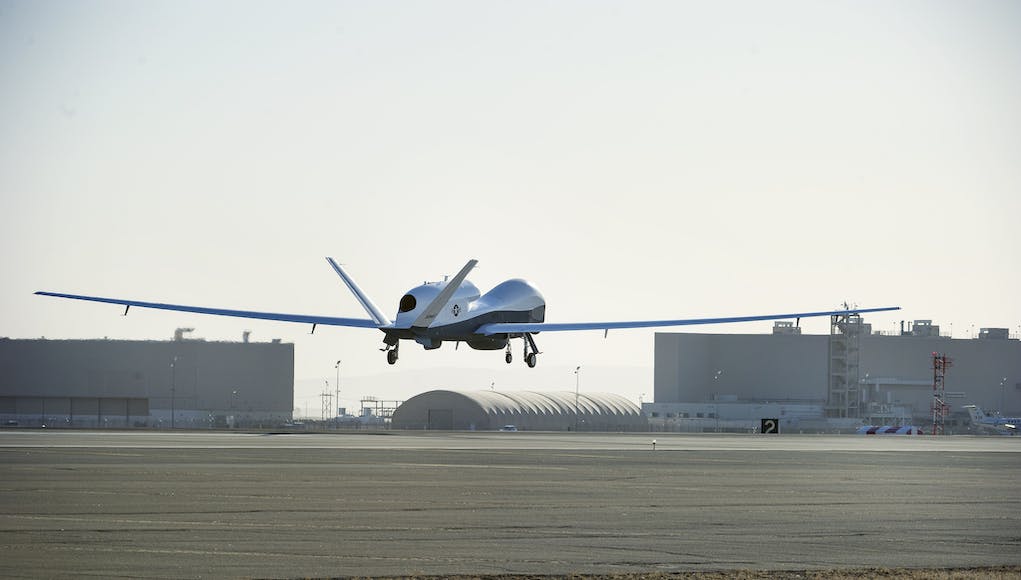 During a test flight, an MQ-4C Triton and P-8A Poseidon successfully exchanged full motion video for the first time via a Common Data Link, marking another interoperability step in the development of the platform.

The test demonstrated Triton’s ability to track a target with its electro-optical/infrared camera to build situational awareness for a distant P-8 aircrew.

“In an operational environment, this would enable the P-8 aircrew to become familiar with a contact of interest and surrounding vessels well in advance of the aircraft’s arrival in station.”

It has even been suggested by many sources that the UK’s eventual MPA fleet may be a mix of manned and unmanned platforms as many personnel are operating the Triton UAV and P-8 as part of the Seedcorn initiative.

Four personnel were scheduled for training on the MQ-4C Triton during June and August of last year. The Triton is a maritime version of the Global Hawk remotely piloted surveillance vehicle. The high-altitude, long-endurance aircraft is in its flight-test phase ahead of deliveries to the US Navy.

Triton has already been ordered by the US Navy to operate alongside Boeing P-8 Poseidon MPA’s. Australia may also buy the aircraft to complement the P-8’s it has on order.

How long before the robot uprising then?

Can you please confirm this news