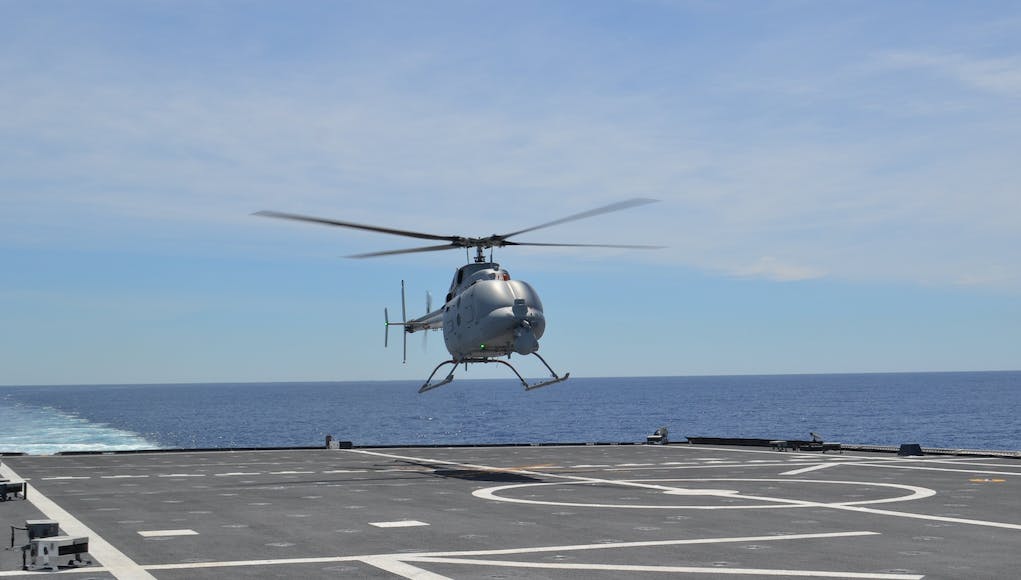 An MQ-8C Fire Scout autonomous helicopter took to the air for the first time from a US Navy Independence class Littoral Combat ship.

The flight took place off the coast of California during the second phase of Dynamic Interface testing, testing Fire Scout’s stability and safety while operating around the ship.

We plan to have the MQ-8C Fire Scout deployed aboard multiple ships in the near future giving the fleet the persistent intelligence, surveillance, reconnaissance and targeting asset they need.”

“Fire Scout’s autonomous technology coupled with the range and endurance of the MQ-8C airframe is truly a game-changer.

When the MQ-8C deploys with its advanced AESA maritime radar, the U.S. Navy will have unmatched situational awareness and the ability to provide sea control in any contested maritime environment.”

The two week at-sea event allowed the US Navy to test the MQ-8C Fire Scout’s airworthiness and ability to land and take off from a littoral combat ship throughout a broad operational envelope.