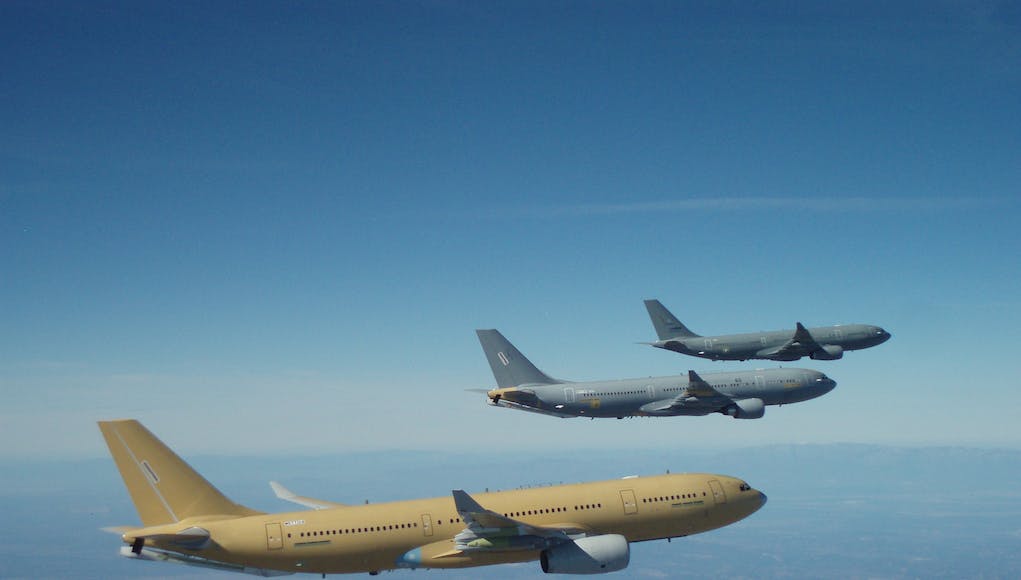 NATO has taken another important step forward to improve its ability to refuel aircraft in mid-air, with three countries looking to join a European programme to acquire new refuelling aircraft.

Defence Ministers from Belgium, Germany, and Norway signed a Declaration of Intent to join a European multinational fleet of Airbus tankers, created by the Netherlands and Luxembourg. T

he two countries launched this initiative in July 2016 and a first order was made for two Airbus A330 Multi Role Tanker Transport aircraft, which are due to be delivered in 2020.

The new agreement allows other Allies to join the programme with the provision to enlarge the fleet to up to eight aircraft.

“This multinational cooperation through NATO is a clear way for countries to significantly improve their armed forces while ensuring the greatest value for money for their taxpayers.”

She added that the new initiatives reduces Europe’s reliance on the United States for air-to-air refuelling capabilities.

Air-to-air tankers are vital in supporting NATO operations when other aircraft are on long-range missions.

….and the USAF are saying “Can we borrow some please” given they have had the KC-46 foisted on them by US Senators and unlikely to see any for a long while.

Makes you smile when you see the RAF ordered their MRTTs the same month the USAF originally awarded the tanker contract to Airbus. All ours are in service….

Sheez the voyager programme cannot be viewed as anything other than a hugely expensive white elephant. The RAF lease 14 tankers for a 30year time period for £11 billion pounds under a pfi programme. £11 billion whilst the RN cannot afford more than 8 type 26 frigates, cannot afford to run hms ocean past 2018, due to manpower for RN being inadequate. Cannot afford to fix the type 45 destroyers propulsion problems or fit mk41 vl strike silos. cannot probably afford the desperately needed 10+ type 31 frigate hulls the RN needs, cannot afford more than 7 astute class SSNs.… Read more »

That so called £11 Bn is not an up front cash payment as you make out is it? So tell me what is wrong with spreading an £11 Bn cost over 30 years? And bear in mind the RAF only pay for hours used so that figure is not a fixed figure (OK it sort of is but the RAF get a benefit from the aircraft being used privately elsewhere). My point was that while you complain about a 30 year cost of 14 aircraft that are now in service the Yanks are lumbered with a smaller aircraft, ordered at… Read more »

So, 2 ordered out of a potential 8 does not, in my mind, merit use of the term ‘Fleet’ or the air of ‘success’ that this article seems to want to evoke. Once again, the European ‘Cheque is in the post’ for NATO capability improvement with the only 2 committed to not due delivery until 2020. At least the 14 x RAF Voyagers are real, delivered and operating/available to enable defence of the laggard European NATO-members’ airspace. Please do not become like the BBC and inflate such laggardly European commitment to greater substance than it deserves. A more balanced report… Read more » 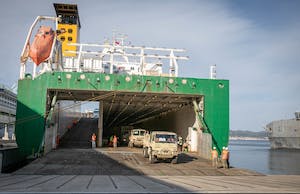