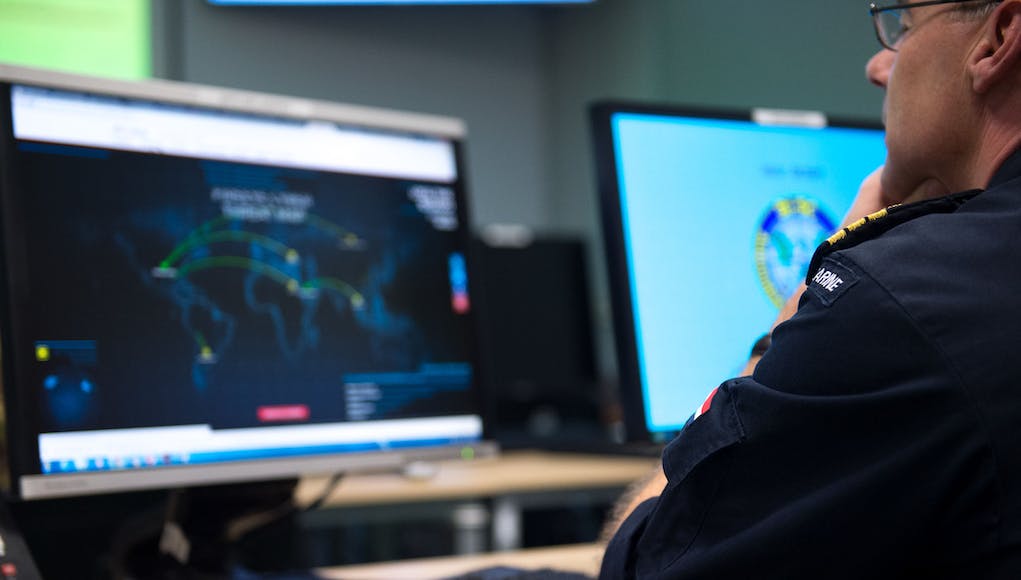 The exercise aims to train cyber defenders in their ability to defend NATO and national networks and will test decision making processes and procedures.

“NATO is committed to defend all Allies in cyberspace, as well as on land, in the air and at sea. A cyber-attack on one Ally can affect all of us. That is why strengthening our cyber defences is a priority for the Alliance“, she said.

“Drawing inspiration from current-day threats, the exercise tests officials’ real-time responses to incidents, such as attempts to breach classified networks, disruption of communications systems in critical infrastructure and espionage through smartphone applications. Due to the Covid-19 pandemic, the exercise takes place virtually this year with cyber defenders connected through Estonia’s Cyber Security Training Centre. About 1,000 officials and experts from across the NATO Alliance, four partner nations (Finland, Ireland, Sweden, and Switzerland) and the European Union will take part.”

Cyber security has moved to the top of NATO’s agenda in recent years and NATO protects its own IT networks 24 hours day.

In 2014, NATO broadened the scope of its collective-defence commitment to cover severe cyber-attacks.

In 2016, NATO declared cyber as an operational domain.  NATO has rapid reaction cyber defence teams on 24/7 standby help Allies. The Alliance has also set up a Cyberspace Operations Centre to increase its ability to respond.

Wonder how good we are in this space? Assume we are behind the Russians and Chinese but i wonder how much the western hacker crews do to help us plan attack and defence on the sly?

I wouldn’t be so sure of that. I confess that when it comes to cyber security I am confused about exactly how our national competencies are distributed around the various different organisations involved but based on what I knew about GCHQ when I had dealings with them I think it might be a mistake to underestimate the calibre of U.K. capabilities when it comes to computer-related stuff.

It is a jumble of varied units, from both GCHQ, the MoD, and tri service, almost designed to be confusing.

I’m clear in my head around the organisations and how they fit with each other and in the over all picture, what their exact capabilities are is another thing entirely, as its classified, and rightly.

Overall, I have every confidence GCHQ is as good as anyone, and we are quite capable of offensive cyber if we wish.

Potential smoke and mirrors? Just set up minimally staffed fronts and leave the power in GCHQ/MI5 etc, keep anyone shifty looking in the wrong place and worrying about threats coming from the wrong direction?

Expect to see this story blow up. A Danish whistleblower has revealed that the NSA abused its information sharing access to the Danish phone network Xkeyscore during the countries fighter procurement competition to run phone and email key word intercepts on the Danish defence company Terma, its communications with the Danish Ministry of Finance and Ministry of Foreign Affairs and any phonecall containing the words ‘Airbus’, ‘Saab’ and ‘Eurofighter GmbH’. Denmark ultimately selected the F35 for its fighter competition in 2016. Three senior Intelligence civil servants including the head of Denmarks foreign intelligence service were fired in August after it… Read more »

Edit: Five intelligence officers now fired. Two seperate incidents of the Danish intelligence services giving unrestricted access to phonecalls to the US. Firstly allowing them to run keyword matches on the joint Xkeyscore programme for commercial benefit as well as allowing them a raw data tap on a service centre on Almager south of Copenhagen from 2012-2018 through which most of the international calls from Scandinavian countries are routed.

Now that is very interesting. Not many in Denmark really wanted the F35 (of which I’m a supporter of its procurement and development) due to the fact the numbers would be so few that Denmark could only have enough to cover it’s air defence QRF and a four airframe deployment overseas. I believe 35 aircraft should eventually be ordered. I wonder if what you said has had an impact on the procurement?