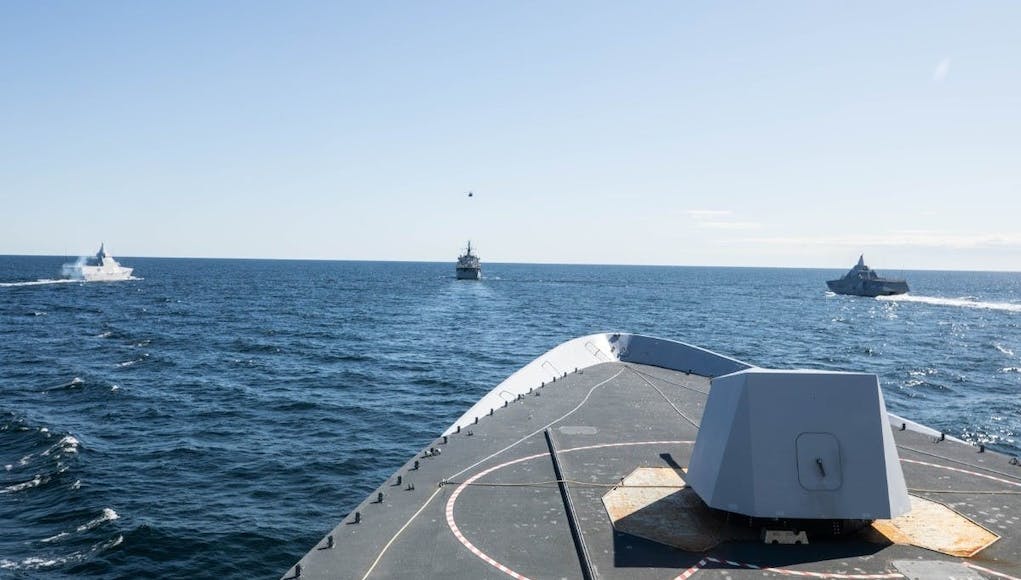 NATO say that the Swedish Navy brought 15 warships, 80 small boats and 2,000 sailors together with helicopters and small airplanes to the exercise.

Commander of SNMG1, Commodore Yngve Skoglund, said in a statement:

“Even though Sweden is not a NATO nation, we train and exercise together. I find our participation in this exercise important and extremely valuable. Sweden and NATO share the same interest of peace and stability in the Baltic, with safe and secure sea lines of communication for all. Knowing each other’s capacities, procedures and ways of communicating is important for us to be able to work together in a possible situation that demands common effort from both NATO and Sweden.”

After a spring session that has seen several major exercises reduced or even cancelled due to COVID-19, NATO say that SWENEX gave valuable opportunities for training and exercising air defence as well as surface and subsurface scenarios.

In a few weeks another major exercise is due in the Baltic Sea when the annual BALTOPS starts on 7 June.