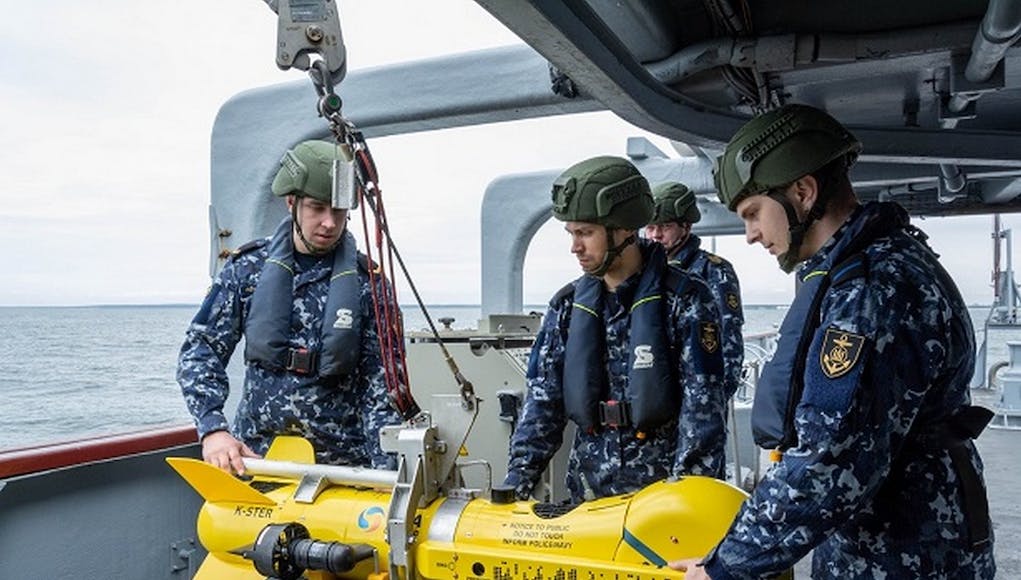 Share
Facebook
Twitter
Pinterest
WhatsApp
Email
NATO minehunters took part in Lithuanian-led historical ordnance disposal operation Open Spirit 2019 this month, say the Alliance.
According to the Lithuanian Ministry of National Defence, more than 80,000 thousand naval mines and other explosive ordnance placed during World War I and World War II are estimated to be still under the water and pose a threat to individuals working on and in the Baltic Sea.
Open Spirit is an international maritime operation led on a rotating basis by Lithuania, Latvia and Estonia. The Lithuanian Navy is leading the operation in 2019 in coordination with the NATO Centre of Excellence for Operations in Confined and Shallow Waters.
They brought together more than 15 ships from Lithuania, Belgium, Denmark, France, Germany, Latvia, the Netherlands, Norway, Poland and the United Kingdom to participate in the explosive ordnance disposal operation this year.
“Open Spirit provides a unique opportunity to train in our core warfare in a multinational and realistic environment,” said Commander of Standing NATO Mine Countermeasures Group One (SNMCMG1) Commander Peter Krogh, of the Danish Navy.
“We are pleased to make the Baltic Sea safer for those who use the sea for commercial reasons. For us as well as the civilian society it is a win – win.”

I look at that photo and cannot help thinking a caption is in order….”what do we do with it??”

Joking aside the Germans laid a massive minefield across the Baltic to keep the Soviet fleet stuck in Kronstadt in World War Two, there must be many still there.

Yeah and the dam Germans should clear the dam mines up, it’s good training for mine hunters though.

yes, and after that we can discuss the cost of the at sea deterrent we provide them.

Yes it should be a nato funded protection because the UK USA Nad trance protect all of Nato…. now the UK government fund it out of the defence budget!!!!!! They never used to….

and who should lead the massive effort to clean them up…….