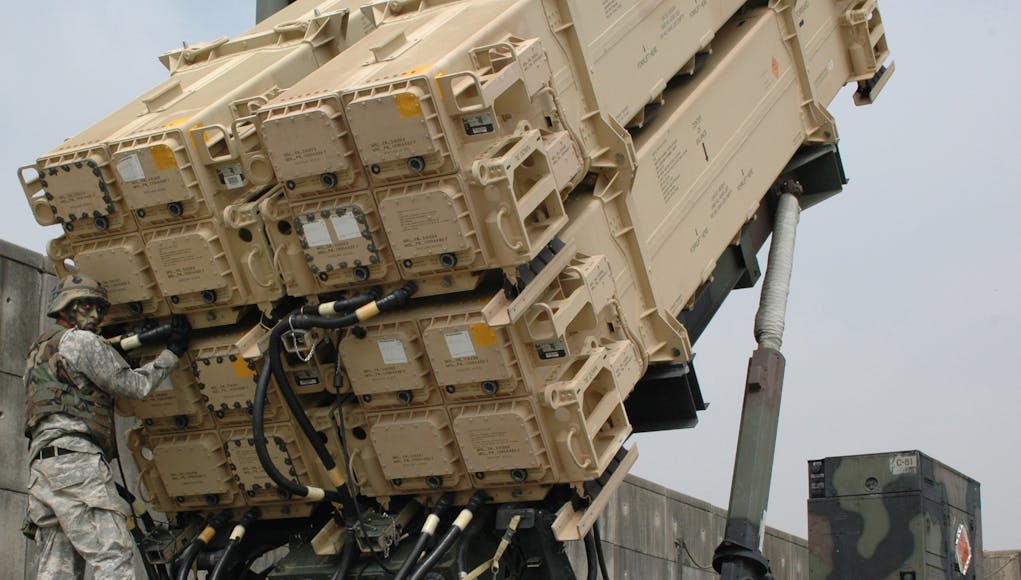 In October the Netherlands and Germany will test joint operations of their Patriot missile defence systems, it has been reported.

The test is reportedly to inform any possible deployment by both nations in Eastern Europe.

Poland hosts training rotations of a battery of U.S. Patriot launchers. This started in the town of Morąg in May 2010 but was later moved further from the Russian border to Toruń and Ustka due to Russian objections.

The MIM-104 Patriot is a surface-to-air missile system used by the United States and several allied nations.

It is manufactured by Raytheon and derives its name from the radar component of the weapon system.

The AN/MPQ-53 at the heart of the system is known as the “Phased array Tracking Radar to Intercept on Target” or the bacronym PATRIOT.

Patriot has been given the function of the US Army’s anti-ballistic missile (ABM) system, which is now Patriot’s primary mission.

The Patriot air defence system achieved its first shoot downs of enemy aircraft in the service of the Israeli Air Defense Command.

Israeli MIM-104D batteries shot down two Hamas UAVs during Operation Protective Edge in 2014 and later, on September 23rd, 2014 an Israeli Patriot battery shot down a Syrian Air Force Sukhoi Su-24 which had penetrated Israeli airspace, achieving the first shoot down of a manned enemy aircraft in the world for the system.

The system is expected to stay fielded until at least 2040.

They are shit compared 2 Russia

Do you mean compared to Russia in general, like the whole country?

Difficult to say really isn’t it. S400 hasn’t been tested against anything close to a modern system. I guess the Americans will have an S400 stripped down and thoroughly tested some years ago