A union boss has claimed that British steelworkers have been “betrayed” as it was reported that French steel may be used for the new fleet of nuclear submarines.

French firm Industeel has reportedly won a contract to supply steel for the new fleet, it is not currently known what percentage of the submarines will be made of French steel.


Construction work is now to begin on the Successor submarines.

Defence Secretary Michael Fallon had announced that work will start on the UK’s new nuclear missile submarine fleet with a £1.3 billion investment. 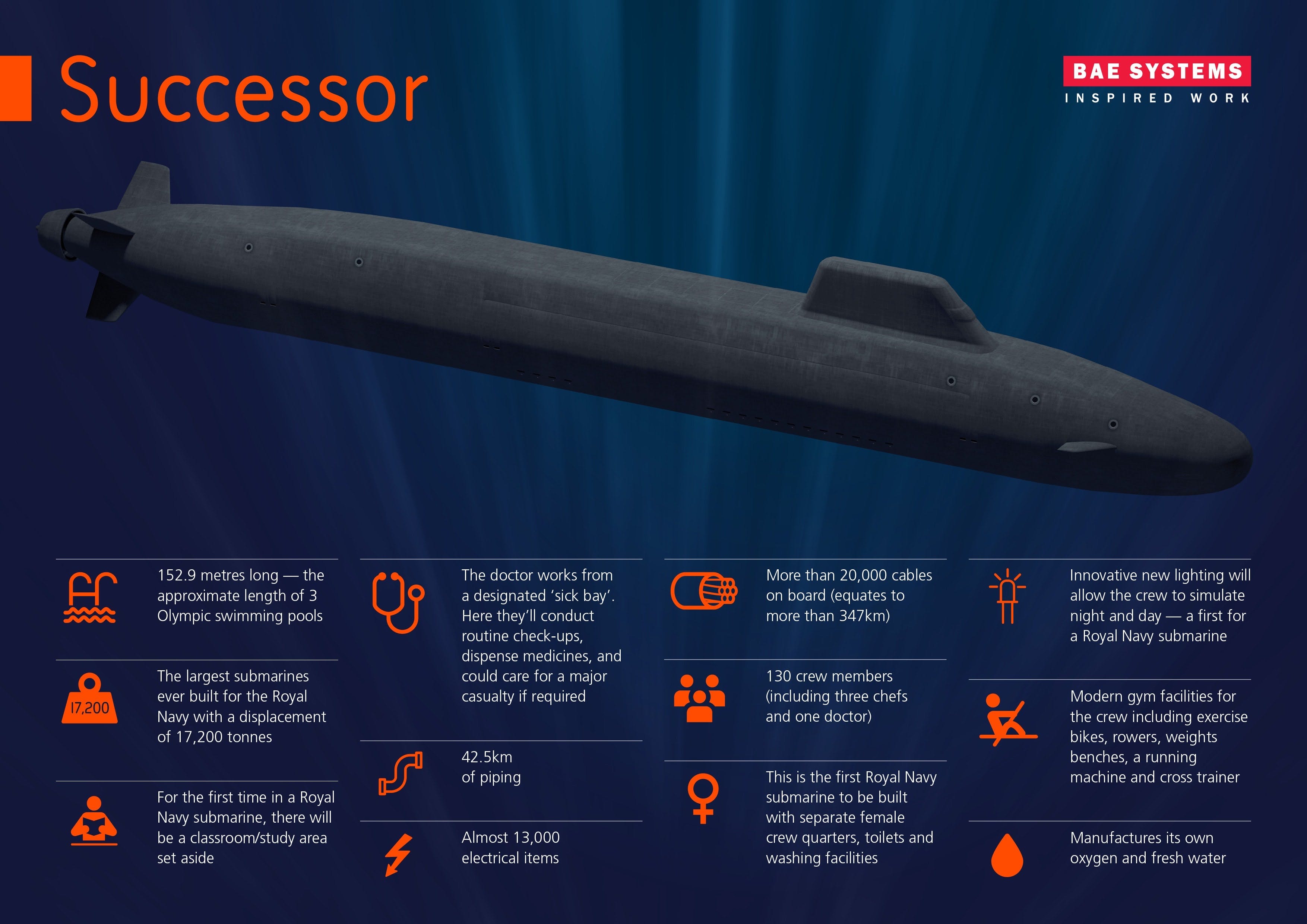 “The Defence Secretary is boasting about cutting steel while in reality these submarines have snubbed British-made steel. This is a betrayal of British steelworkers.”

“It is an early stage of the programme, but there will be British steel in the new submarines.”

This may be a crazy idea but instead of building four large subs, with just one of them at sea for enemies to track – how about building smaller subs with a smaller payload and increase the numbers at sea so they’re harder to track?

They have to be nuclear powered to stay submerged for extended periods and hence hidden and that sets a minimum size. Also, the missiles have to be ICBMs to give them the required range and speed to make them hard to intercept so they are big which again sets a minimum size. The only option to make the subs smaller is fitting fewer launch tubes but that would only affect the length (diameter is determined by missile length), and even then only slightly. Each sub would still need the hugely expensive reactor & other systems so there would be surprisingly… Read more »

I also suspect that if push comes to shove and the country is at real risk of attack, we could get more than 1 out on patrol.

So which is the correct design?

..there are two pictures of a Sub in this article and they don’t look the same.

We had the SNP and Labour gobbing off that the carriers didn’t use British steel when they clearly did. In fact 94% of the total of 82,000 tonnes was British. But here is how it presented as a ‘betrayal’:
http://www.mirror.co.uk/news/uk-news/royal-navy-used-foreign-steel-7258207

So its like ‘Same S**t Different Day’ for the Lefties. Maybe UK Defence Journal could get some facts please? I would be VERY surprised if the Tories gift such a political grenade to the Nappies in Scotland…

As I understand it, this is just one of many contracts and obviously just at the early stage. Also, two British companies withdrew from the bidding contest. You can’t really use British steel if they aren’t trying to sell it to you.