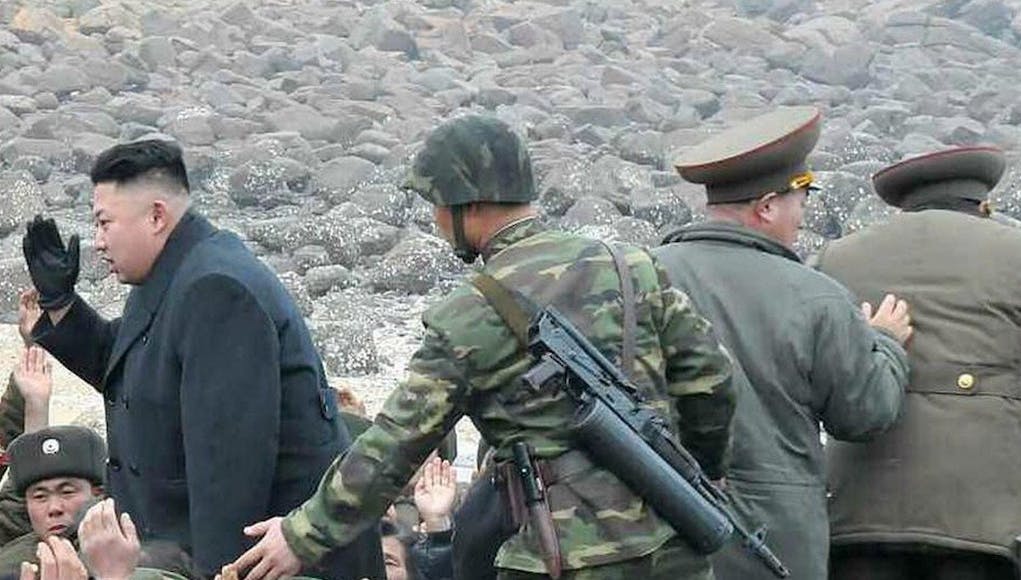 The secretive Communist state of North Korea otherwise known as the ‘Democratic People’s Republic of Korea’ has traditionally been seen by some international commentators and readers as an isolated state, which has little to do with the outside world.

Although its political philosophy ‘Juche’, which means self-reliance, and its military first policy would make you think this, I would argue that its actions means it has a global reach. One mechanism in which North Korea has a global reach has been in the export of small arms to countries particularly in Africa, and also in Syria and the wider Middle East including Yemen.

In a report by experts in Geneva, North Korea has been highlighted as one of the major exporters of small weapons including the North Korean variant of AK 47s, machine guns and rockets.

The small arms trade is a major business, and $6 billion dollars of which is largely unaccounted for, leaves states such as North Korea exploiting this niche market. It is also competitive on the open market, often charging lower prices than its competitors. The North Korean state, has become entrepreneurial when it comes to small arms and has become according to the UN Report one of the most profitable revenue sources to the regime.

Recently, in August 2016 a North Korean freighter was intercepted in Egypt – while it was supposedly exporting iron ore, hidden beneath its cargo was 30,000 PG-7 rocket propelled grenades. In addition to the catalogue of activities by the North Koreans, was the suspected export of small weapons destined for Iran.

In 2009, 10 containers of small arms were seized from a cargo plane in Thailand, with an estimated arms cache worth $18 million.

The data from arms seized “coupled with other documented small arms trade activities are sufficient to justify North Korea’s status as a major small arms exporter”, according to the Geneva study.

The report goes onto cite research obtained by the UN, which shows approximately a dozen other seizures of North Korean exports which are destined to regimes such as Iran, Syria, and Cuba – which is estimated to be worth around $10 million. This is also interesting from a geopolitical perspective as these regimes have historically been at odds with the American centric order, and two of which have been called “The Axis of Evil”, by the then President George W. Bush during his 2001 State of the Union speech, in which he also declared ‘North Korea’ to be one of such states.

Another interesting fact is the increasing export activity of the North Koreans to Africa and the Middle East including Democratic Republic of Congo, Ethiopia, Namibia, and in the Middle East, in particular the failed state of Yemen. Even more interesting, is that these countries have received technological assistance from the North Korean regime in order to build and develop their own small arms and ammunition factories. Thereby, building a small arms industrial complex.

One can presume that the North Koreans would offer further technical assistance, and technology including parts for machinery and other items. Plus, North Korea has effectively ‘internationalised’ their arms export operations and have in business terms brought about outward Foreign Direct Investment into these countries to set up small arms factories to diversify production and localise its supply chain. The business dynamics of this relationship is fascinating to say the least, and goes into the realm of covert international business, and international relations.

As there is little evidence, one can only presume, and hypothesise what the regime intends to do. I would argue that this is not purely motivated by economics, but rather a combination of military, political, and economic gains. To diversify its supply base of weapons, means that it may be able to circumvent seizures, and also offset the direct impact via sanctions. By allowing foreign manufacture of its weapons, it may be able to diversify its export markets making it immune from pressures of international sanctions and also keep diplomatic and military relations with those countries in receipt of its small arms.

The North Koreans have developed their own version of the AK-47 assault rifle. The AK small arms platform is relatively simple in design, and is cheap to build. The number of AKs in operation, means there is a market for ammunition, and for spare parts. Most of these weapon systems including rockets and heavy machine guns are based upon a Soviet Cold War design which places emphasise upon utility, easy to manufacturer and relatively cheap and easy to maintain.

The evidence obtained by the Small Arms Survey and its documented history of North Korean export activities does show that despite economic sanctions it is still aiding regimes around the world with the export of small weapons. Furthermore, this is a lucrative market which is worth a lot of money, and North Korea is able to generate revenue from these activities.

That’s a very interesting picture of the Type 88 assult rifle. That tube underneath is a 100 round magazine. Here’s a better picture:
.http://www.armamentresearch.com/wp-content/uploads/2014/02/Helicalmag1.jpg
I wonder how a full mag would effect accuracy

It is very interesting! The shifting CG and iron sights would make for poor accuracy. The only advantage is for a large volume of automatic fire at close range, making this a bodyguards accessory. The article you’re hot-linking the image from shows a harness carrier for two spare tubes.

A useful tool for keeping the poor starving masses at bay. Or mass murder. Or whatever. 🙁