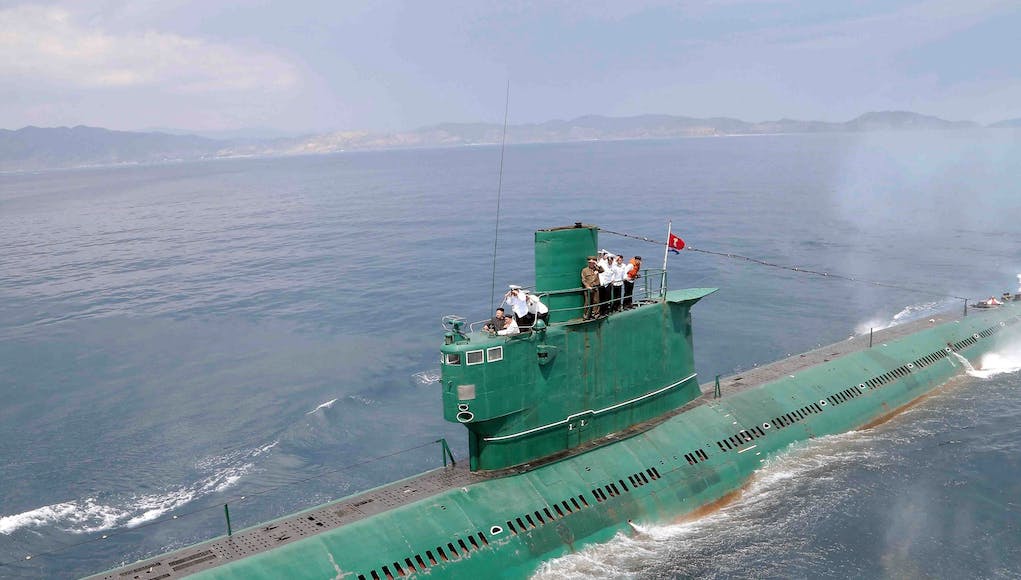 A North Korean submarine is missing and presumed sunk, according to various reports.

The vessel was operating off the North Korean coast for several days when it disappeared, reports say that American satellites, aircraft and ships have been watching as the North Korean navy searched for the missing submarine.

This latest incident comes at a time of heightened tension in the region as South Korea and the US continue their largest-ever military exercise. North Korea has of course issued another threat of war over the drill.

According to the US Naval Institute journal, the US Navy was tracking the submarine when it suddenly disappeared.

Let’s hope the Americans shared the data they had with the Koreans, to help them locate and hopefully save the crew.

These are exceptionally old vessels and/or poorly maintained and inspected. One can only fear the worst for these sailors. I hope against the odds that they are found safe.

At least it was 50% functional…

You mean it was successful at submerging, but not surfacing?!

any latest info about this ???

Last seen in the Potomac River!!

Gone missing or, seeking asylum, or something more sinister?

Shame they won’t ask anyone for help. I bet the west could find it Preaty quick and be much better at a rescue attempt.

Same thing happened with the Kursk, Russian Navy was too full of pride to seek help early on in the disaster.

We should offer to render any assistance that we can. The possibility of rescuing the submariners, if they are still alive, decreases by the day.

They will never accept it.

We should, and probably already have, but what happened with the Kursk is the Russian authorities declined help until it was too late, by the time a Norwegian and British search party was allowed near the wreck the survivors had perished due to seawater coming into contact with batteries, and the resulting sparks and heat igniting oil on the surface of the water, those submariners who managed to survive the fire then asphyxiated due to the fire consuming the last of the oxygen.

If the U.S. was tracking the sub. (which they most definitely were) They know exactly where the sub is.

Maybe we have secretly saved it which is why the north Koreans can’t find it?

guess someone forgot to close the hatch ..

what a crap sub, did the producers of “das boot” have a garage sale or something

Lets be serious and hope that neither the Yanks or anybody else sank this Sub !

My monies on they were in Japanese waters again,and this time paid the price..

Doubtful, the North Korean sub fleet is mostly comprised of old Soviet models built in the 50’s, they’re not the first choice if you wanted safety.

Somesay no wonder if it is painted green.

No one should be left to die. Someone should go after them.

must have been an open screen door!

That’s one less north Korean sub to torpedo if hostilities break out.

I very much doubt that it is missing.

i feel sorry for the crew… they were burried… ALIVE.

Whenever I see pictures of North Korea I always think I’m watching the hunger games!

It probably just ran out of gas …. Exxon is on the way to help

Damn. How could this happen? That thing looks state of the art.

The submarine was grab by china. China’s specialty grabing anything.

Am I missing something here ? Aren’t submarines already sunk ? ?

The supreme Leader is angry for this…

Politics aside, think of the crew.That sub has now become their tomb.A cold and airless way to die!

Reminds me of the kursk many years ago.

Yeah..maybe China…lol..no country in this world like to grab something from someone else except China..Hopefully they are still alive nowadays.. they are also Gods children after all…

It’s been painted green to cover the rust lol