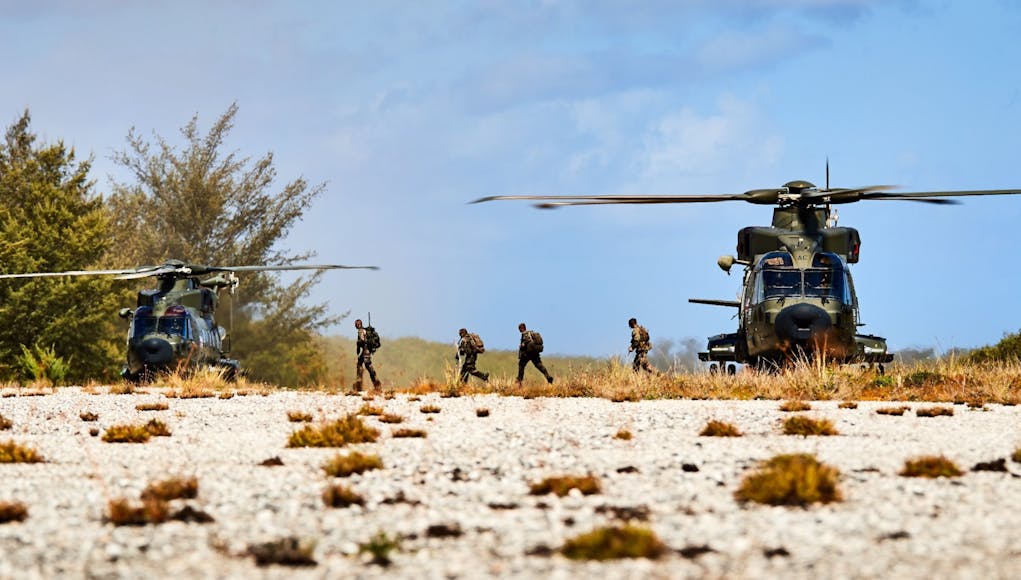 There are planned defence cuts which may see the British Army shrink even further from the 82,000 regular personnel it currently has.

The Ministry of Defence is bracing itself for ‘brutal defence cuts’. While the MoD has outlined a list of options which, including cuts to the Royal Marines and amphibious vessels, there are no plans to cut funding for the Trident nuclear deterrent. We must not forget that ‘conventional deterrence’ in the form of the number of troops, ships and tanks is equally vital to the defence of the realm and has to be guaranteed or our credibility as a global power will be in doubt.

The National Audit Office has warned the British Army cuts will significantly risk its operational abilities. The move to raise the number of reservists from 19,400 to 30,000 may not be fully realised until 2025. While there is the rationale this will save money to the sum of £19bn, it serves to hollow out our conventional capabilities and in my opinion serve to weaken our armed forces, placing Britain’s credibility as a global player and a military ally in doubt. That is not to say that having a Reserve Army is not in the national interest but for the nature of this argument, it has to operate in conjunction with regular Army. However nothing ever stays the same in international affairs, and if anything global politics and emerging security dilemmas are becoming less predictable.

Britain’s ability to act unilaterally in this changing strategic context has been placed in doubt – with politicians in Westminster more concerned about accountancy than military affairs. Now more than ever Britain as a global player is facing decline on the world stage, while the nature of the threats this country may be facing in the future may indeed be multiplying. I argue, what is needed in 2018 is a fresh strategic defence review which properly looks at realigning our military capabilities with the changing nature of the threats we face, and maybe then we can have a properly tailored defence policy which meets our strategic needs.

Conventional deterrence should remain just as important as any other weapon system or capability that Britain has and it is the opinion of this author, that cutting our armed forces will have a detrimental impact on our strategic ability to project our forces overseas.

couldn’t agree more. The Tory government are disgracefully betraying us. And to think they used to be the party of strong defence? Disgusting

just typical but yet May can chuck money to France and Africa,even when the NHS has been struggling this winter but we have no money…when the commons voted for the renewal of our a nuclear deterrent they should have give extra funds to the mod to cover the cost as it eats up a massive chunk of the budget,and now it comes to cuts,god forbid there is ever a massive conventional conflict because we will be screwed,even NATO and the US are sick of our military being stripped down,and with the EU wanting it,s own army we are going to… Read more »

British politicians, has there ever been a more two faced, hypocritical, shortsighted, backstabbing group of people ever before? I doubt it.

As I have said on more than one occasion this sort of comment is at best stupid and at worst dangerous. All politicians are not alike and an awful lot of them agree with what we are trying to say.

The UK is sending Chinooks to help the French in rhe Sahel. Previously we have deployed Sentinel to assist the French. Looks to me increasingly like France puts the boots on the ground and the UK has the niche capabilties. We will have have 2 CVF, they have Mistrals. They have budget issues too so working together we could maintain a global capability. The politics of course is the issue, but at least only 2 nations need to agree. Can’t see the EU agreeing anything.

Having a nuclear deterrent is pointless without a strong conventional force. If a nuke is the only toy in your box, a potential aggressor is more likely to cause trouble – you are unlikely to use it because it would be a disproportionate response. The two should go hand in hand, unfortunately we seem to be sacrificing one to keep the other.

Agree we are cutting one to partially fund another which I think is because of mad defence cuts. However, if all there was, was enough budget to keep Trident, I would sacrifice all else because it is the ultimate deterrent for conventional forces.

All parties are currently locked into a terrible group think caused by the 2% NATO (minimum) target.

The 2% mantra has become both comfort blanket and straight jacket.

Until someone can break free of this to pose a different Q (what do we need?) we’ll be faced with unwise choices.

Sadly until there are new faces at numbers 10/11 (and their shadows) this is unlikely to change.

not wrong there nothing will change,look at the choice the country had at the last general election,a wicked witch carrying on with cuts,and a old geriatric who,s best friends are terrorists and would love to scrap our military…as for the other parties well they are non runners really UKIP was all about leaving the EU plus loads of in fighting,the green party who are they…

Part of a post-Brexit Britain will be its ability to back up international trade agreements with military support, and training if such a component is included. That means having a truly global strategy that ensures the flag is seen where we trade. Such a policy was common practice in combination with a royal visit in the Britania the royal yacht. When Britain goes it alone, a strong military pedigree should be part and parcel of foreign policy. I for one think it’s inconceivable that the UK negotiates unilateral trade without such a vessel.

Spot on Maurice, I concur completely …

There’s a very interesting article in today’s Guardian trying to look at the Russian military’s perspective of what they think are the best (i.e. most concerning to them) bits of the UK armed forces… https://www.theguardian.com/commentisfree/2018/jan/19/nuclear-weapons-uk-defence-review-russia The three things the author cites are our quick reaction capabilities (marines and paratroopers), our smaller RN assets (subs & frigates) rather than our carriers and our level of training and morale. Ironic then that if one looks at what was in the rumoured cuts recently we get… marines and paras – tick (at least for marines) frigates and subs – tick (at least for… Read more »

Yes, TH. To Sir Peter Bone. He passed my comments on to the MOD and a junior Minister replied to me personally. Have you written to your MP to express your concerns about the loss of our defence capabilities to support political dogma, rather than as part of a rational appraisal of the very real threats against us?

Yes several times – i received the same response each time with a different date on it!

I am all for defence but as a cash strapped island the UK does not require an army including reserves in excess of 100,000. The Army seemed to struggle to deploy less than 10% of that number in Afghanistan and every other six months Royal Marines and Royal Navy personnel made up a good percentage of that total. We require more quick reaction, highly trained fighting units such as the Paras and RMs and less traditional infantry units. Including the RMs we could get by with 75,000 but of a much higher quality. Our potential adversaries fear and our allies… Read more »

The RN and RAF already do take priority over the army, they account for a massive part of the equipment spend, due to the tremendous cost of modern aircraft like Typhoon, F-35 and P8 and the carriers, Astutes, T45s and now T26. The army equipment budget has been cut to the bone, the Armoured Fighting Vehicles budget in particular has been raided so many times to pay for RAF and RN equipment that we cannot afford to replace the ageing Chieftain MBTs and there are in fact no plans to do so, as well as big cuts in other land… Read more »

I have never heard or experienced a more stupidly ignorant bunch of politicians as we have now sadly running the country. Both labour and Tory parties are in utter disarray and lack any expertise, foresight or strategic common sense. Can we please just cut the foreign aid budget by 50-75% immediately and pump that money saved £7-10 billion a year into defence, the NHS and Social care in equal measure. Osbourne should never have been allowed through creative accountancy to put the strategic nuclear deterrent and armed forces pensions into the core defence budget, they should be paid for directly… Read more »

Easy to cut the number in the House of Lords, make it law that all who have fiddled their allowances and have criminal records be sacked!