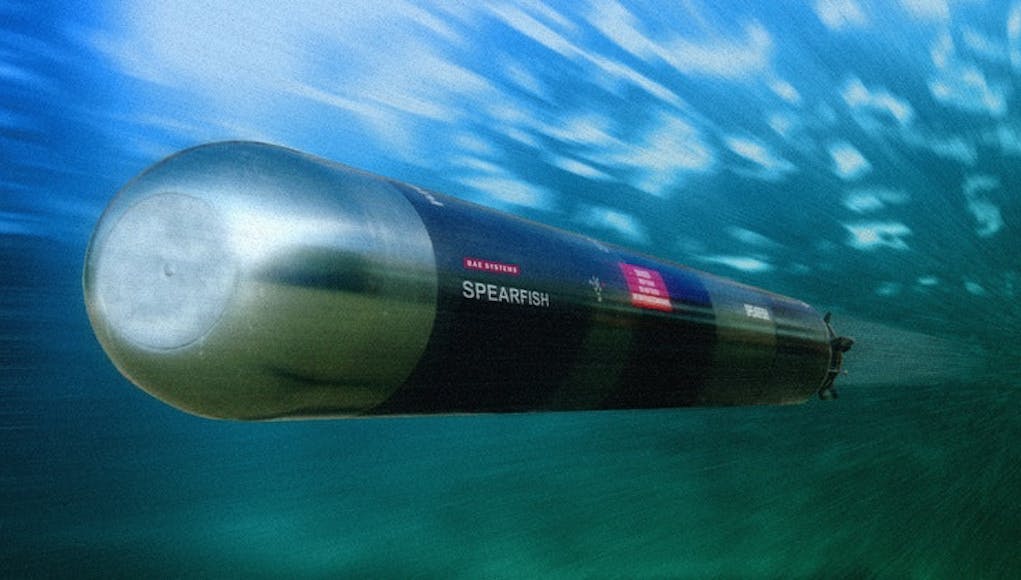 A British prototype next-generation Spearfish heavyweight torpedo has successfully completed trials at a range on the west coast of Scotland it has been announced at DSEi.

The project was started in 2009 when an upgrade programme began, leading to further sophisticated advances in Spearfish’s homing, warheads, tactical and fuelling systems, as well an upgraded guidance link.

The Spearfish torpedo is the heavy torpedo used by the submarines of the Royal Navy. It can be guided by wire or by autonomous active or passive sonar, and provides both anti-submarine warfare and anti-surface ship warfare capability.

In 2014, the Ministry of Defence awarded BAE Systems a £270 million contract to upgrade the Spearfish torpedo. The upgrade includes a new insensitive-munition warhead from TDW, a change to the fuel system to improve safety, full digitisation of the weapon and a new fibre optic guidance link to improve performance. The upgraded torpedoes will enter service between 2020 and 2024.

Submarine-launched trials are planned to start next year. The upgraded torpedoes will enter service between 2020 and 2024.

Now for some field testing in the South Atlantic 🙂 oh wait, the Argie fleet is to busy sinking in port to play along in that.

Thanks for the message, we do not however advocate starting wars based on nationalistic pride.

UK Defence Journal well obviously not, that’s what the Argies do

Can you take the comments elsewhere?

How long before a super long range torpedo and as stealth? Can you guide that? Then email me and I can tell you!

As the retired senior AEUK engineer of the optical fibre upgrade from the copper solution I would like to know how this is now performing in seatrials?