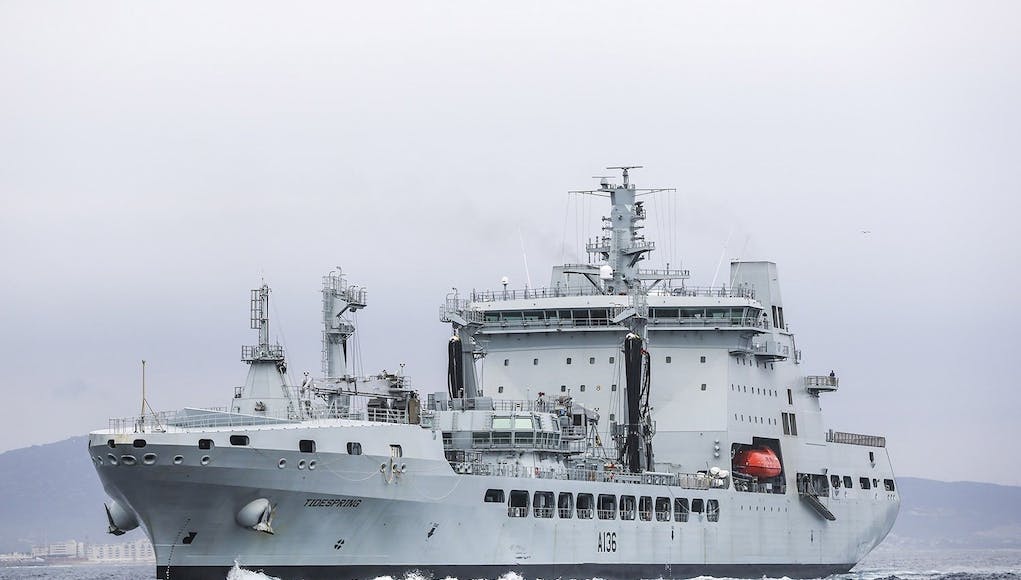 The first of the new Tide class tankers, RFA Tidespring,has visited Gibraltar for the first time.

“RFA Tidespring called in on the Rock for routine logistics support.

She arrived in the UK earlier this year to join the RFA.

The tankers will provide key support to the Queen Elizabeth Class carriers as they come into Service, alongside the wider fleet.”

The Tide class are a 37,000 tonne derivative of BMT Defence Services AEGIR-26 design, whose origins lie in a civilian tanker from Skipskonsulent of Norway.

They are double-hulled to reduce or prevent oil being lost by damage to the outer hull, in line with the MARPOL regulations for civilian tankers (from which military tankers are partially exempt).

The flight deck is large and strong enough for a Chinook helicopter to land on.

No Phalanx or 30mm. Vulnerable to attack.

I noticed that. I thought the Tides were supposed to have 2 of each. I expected to see the forward Phalanx behind that bulwark near the bow.

Maybe they’re doing the Bay-class “thing” and having mounting positions there but only actually installing them on a per-mission basis depending on the perceived threat level of the area they’re going to. Personally I hope that’s not the case and it’s down to the fact they haven’t for some reason completed the installation yet. The worst-case would be that they’ve dropped those weapons off the spec completely.

Perhaps. Luckily Gibraltar isn’t really a high-threat environment unless the Spanish play is bad and do a Cheonan. 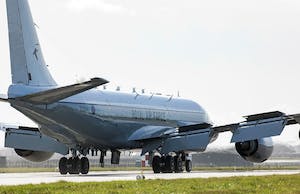