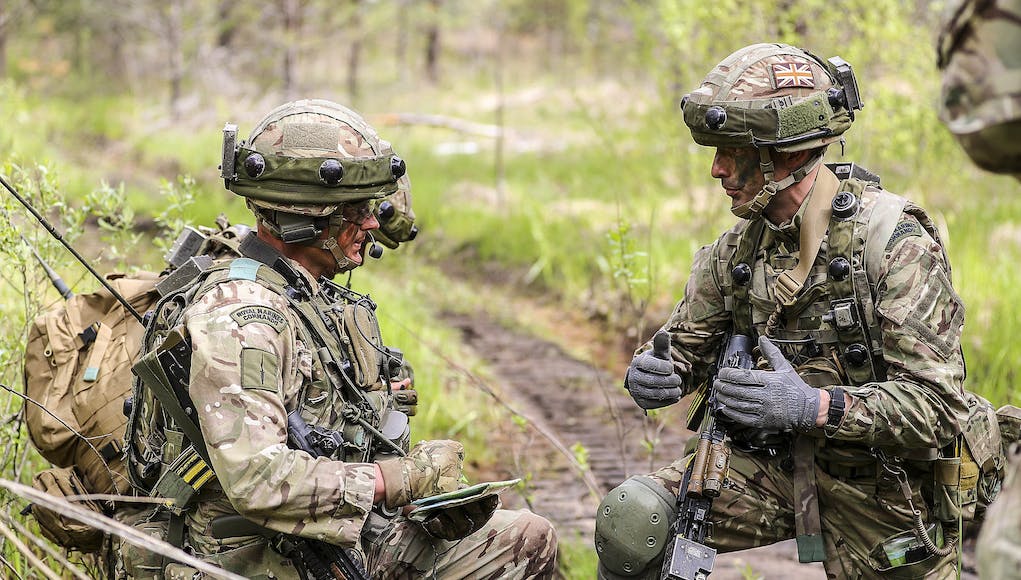 Royal Marines are on training missions with Lithuanian forces during their deployment to the Baltic.

According to a news release, it is familiar ground for the marines of 45 Commando who have returned to the Baltic two years after their last mission there to work alongside NATO allies and partners in the region as part of Littoral Response Group (North), which puts UK commando forces in forward positions alongside amphibious ships HMS Albion and RFA Mounts Bay.

“The Lithuanian Griffin Brigade visited Scotland in 2019 to gain experience from the Arbroath-based commandos on the ranges at Barry Buddon. Now, the Griffin Brigade – a motorised infantry brigade of the Lithuanian Army – are hosting 45 Commando at their base in the port city of Klaipėda alongside the National Defence Volunteer Force. There, the commandos – more than 130 of them from 45 Commando’s X-Ray Company – will work on Exercise Griffin Commando.

It will see British short-term military training teams work with the Lithuanians on a range of skills, including close-quarters battle, marksmanship, contact and break contact drills, plus method of entry techniques using specialist breaching equipment. This will go alongside joint tactical training designed to strengthen the two nations’ ability to work together.”

The Ministry of Defence say that all of this will lead into participation in NATO’s large-scale multinational exercises, Baltops, which starts on Sunday and will include 40 maritime units, 60 aircraft, and 4,000 personnel from 18 nations.

Ageing myself here but those helmets look like a camouflaged version of the headgear worn by the military in Blakes 7.

I’m guessing because of the TES? (Had to look up images of Blakes 7).