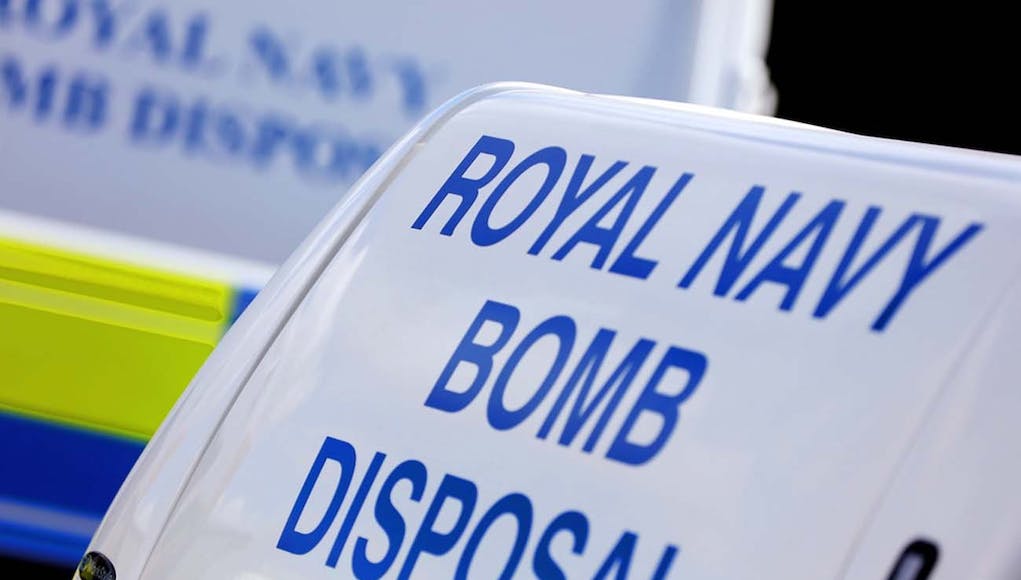 The Royal Navy say that the 500kg device was discovered in the George V Dock during pre-planned work at London City Airport on Sunday morning.

“Our priority is safety to life which is why the airport has been closed as a precautionary measure.

We are taking the necessary steps to ensure the device is as safe as possible before we remove it from the sea bed and tow it away to a safe disposal site.

We will then attach high-grade military explosives before carrying out a controlled explosion. The aim is to cause as little disruption to the city of London as possible.”

The bomb is reportedly lying in a bed of dense silt and the first stage of the removal operation is to free the shell from the silt so it can be floated for removal.

The operation to remove the ordnance is ongoing in partnership with between the Royal Navy and Metropolitan Police. The timing of removal is dependent on the tides. The device will be destroyed at a safe opportunity. Royal Navy divers and the Met Police will guard it throughout the night according to a release.