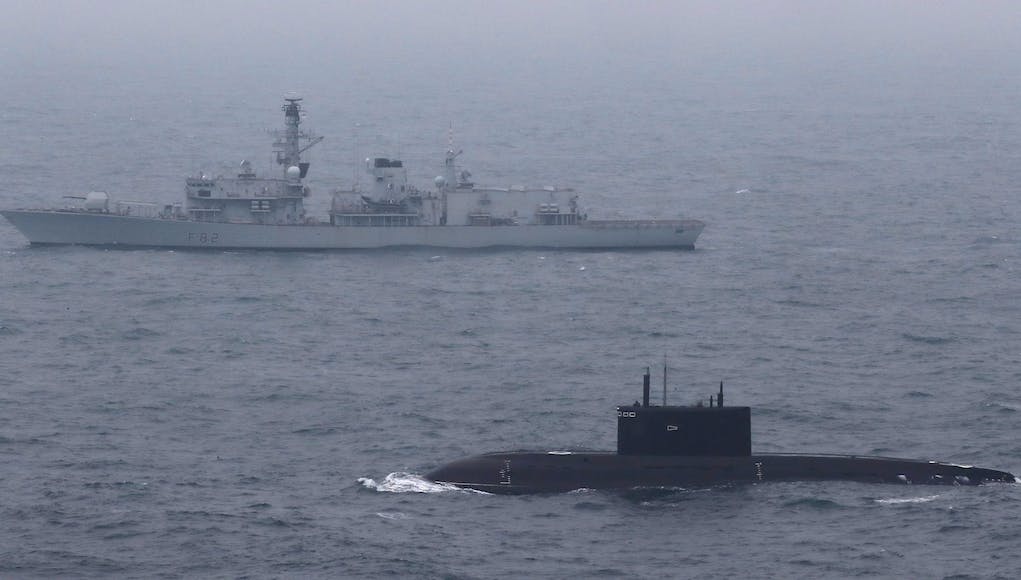 HMS Somerset has shadowed a Russian submarine as it passed through the English Channel.

The Plymouth-based ship located the Kilo-class diesel-electric submarine Krasnodar in the early hours of Friday morning as it sailed past the eastern coast of the UK.

HMS Somerset, a Type 23 frigate, then followed her through the Dover Strait and the rest of the English Channel over the weekend.

“Policing the sea both in home waters and further afield is core business for the Royal Navy.Escorting foreign warships, in this case a Russian submarine, through UK waters is just part of our ongoing effort to protect our island nation.”

“When on patrol in home waters, HMS Somerset may be called upon at any time to help prevent arms trafficking and people smuggling, and to conduct counter-terrorism operations, maritime search and rescue, or escort duties like those it has undertaken this weekend.”

Would be interested to know if the sub was detected when submerged or approaching on the surface?

My thoughts too.
I’d imagine the Ruskies would have wanted to let the world know they are there.
Not sure what airborne maritime search capability, bar Merlin, we could utilise to search for a submerged submarine?

Interesting to note no Harpoon on deck.

Nicely Spotted. That’s a concern isn’t it for the Fleet Ready Escort.

Why is that do you know? is it in agreement with the Russians? I’m sure somebody said that the Typhoons that were “shadowing” their carrier were unarmed as well because of that reason.

Not sure why a fleet ready escort would put out to sea not fully armed. Bet Nelson would never have sailed out with to met a potential adversary without gunpowder in his magazines. Same principle applies.

Need the Norwegian anti ship missile now really. £350 million would buy enough for the entire RN surface fleet. Small price to pay to be able to actually sink the enemy from a decent stand off range.

Totally agree Mr. Bell but I lament to say it will never happen. There is simply no desire or intent on the part of our politicians. They believe everything is just fine and we can plod along with what we have. Fallon will blow his 178Bn equipment budget horn – that we all know is total crap and not worth the paper it’s written on – and nothing will change …… sickens me to be honest.

I agree. Add to that the fact that its JSM variant is being integrated into F-35 (only external carriage on F-35B unfortunately but maybe that can change one day with further internal F-35B bay tweaks and/or JSM tweaks), plus Norway buying P-8 so maybe integration onto that too, and the case for the UK looking at NSM/JSM becomes compelling.

I think it’s’ time the UK had more than one Fleet Ready Escort, which isn’t always in UK waters either. Pretty clear the Russians are going to keep prodding, and a simultaneous passage on east and west coasts would be a bit of a problem.

And one should indeed be based in Scotland.