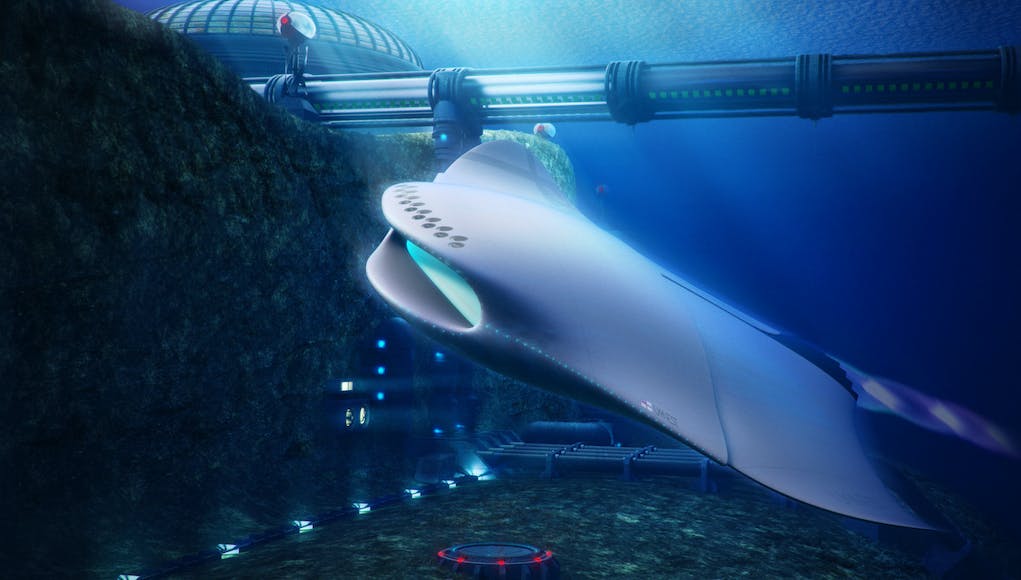 The Royal Navy is interested in progressing its use of uncrewed surface and underwater vehicles which have a unique propulsion system and/or design based on physical animal behaviours.

The Royal Navy say in a Request for Information that evolutionary biomechanics move away from using a traditional thruster, to those inspired by the flapping fins of swimming animals such as rays, penguins and turtles.

“Examples of this may include, but not be limited to how a dolphin manoeuvres underwater, or how a sea snake swims on the surface.”

The RFI points out that it was published as the Royal Navy aims to understand the technology that already exists in the commercial sector as a view for potential future investment.

The RFI aims to achieve 4 outcomes:

The MoD are keen to stress:

“This RFI is an information gathering exercise, no further discussions with industry are planned at this stage however any future procurement activity will be advertised in line with public procurement regulations on the Defence Sourcing Portal and Contracts Finder.”

Full details of RFI0013 ‘Animal Biomechanics and Behaviours’ can be found by clicking here.

Back in 2017, the Royal Navy unveiled a series of futuristic submarine concepts which mimic real marine lifeforms and radically change the way underwater warfare could look in 50 years.

“With a crewed mothership shaped like a manta ray, unmanned eel-like vessels equipped with sensor pods which dissolve on demand to avoid enemy detection, and fish-shaped torpedoes sent to swarm against enemy targets, these concepts aim to inspire the world’s future underwater combat environment. The UK’s brightest and most talented young engineers and scientists came up with the designs after being challenged by the Royal Navy to imagine what a future submarine would look like and how it would be used to keep Britain safe in decades to come.”

You can read more about the 2017 unveiling here.

I admit I read that headline too quickly and thought for a moment the RN were looking at animal propulsion!!! ﻿ 🙄 ﻿

Related, I don’t think it is any coincidence that many UFO reports have the phenomenon moving like a fly. Imagine an unmanned vehicle ( which removes G limits on a crew ) with that manoeuvrability.

Such sightings have been seen near Area 51.

A bunch of Dolphins tied to the front of a Type 45 might be more reliable than the actual engines.

I hear they have Patrick Duffy as a consultant , no wait that was all a dream:
https://www.youtube.com/watch?v=LOOiVY1LOKw

You are so going to need to be of a certain age to get that reference!

So did I Daniele, tether a couple of blue whales to the T31 bow and away you go……

Yet more evidence to prove you’re employed by RAF Luton. 🙂

This is not really a new idea and has been looked at in the past.

The issue aways was that the technology wasn’t really there to make it work at scale and/or with the power levels needed for useful speed.

Now that loitering UAV’s are more of a thing and not everything needs to be able to sprint at 40kts there is more likely to be a place for this. Particularly at the very quiet end of the spectrum or where blending in with animal noises is a good idea.

Oh well, sailors are “in vogue” this season, so bring on Flipper ﻿ 😅 ﻿

I can’t be the only one who heard “Standby for action !” when I read this.

I wonder if much progress has been made with marine boy and his Oxy Gum recipe?

I was thinking more of this: 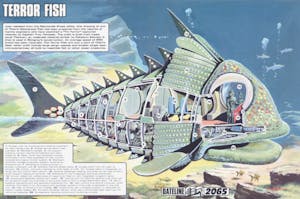 Its no Stingray but maybe more what the Mob is looking at with the whole pretend fish thing. Bet they’re still hot bunking too. ﻿ 😞 ﻿

Funny, that. I thought exactly the same thing. Had a picture lined up and discovered that you beat me to it. 1964…..just think 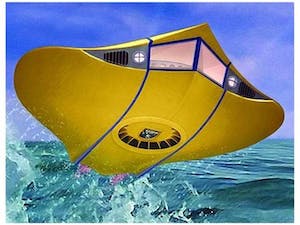 Mimicking animal propulsion: will that result in more moving parts? surely that is not as efficient as screw or water jet drives?

Gary
Reply to  Bringer of Facts

Possibly, but I expect it will be a lot quieter, thus harder to detect.

ChariotRider
Reply to  Bringer of Facts

Not necessarily. New materials that are now increasingly available and affordable can be used to flex to provide the prolusion surfaces. These could be made with varying stiffnesses across a fin with the fin being activated by a small number of actuators, for example.

This is not my area of expertise, but I am aware of work using flexible material in research for variable camber wings sections. Not sure how far it went, but these new materials have the potential to change structures in the future.

At the beginning of aviation, a lot of attempts to mimic nature were made. They all failed- only fixed wing gliding survived.
This navy effort looks like a lot of nonsense pursued by someone with too little to do.

there is still work going on though in aviation that is animal-inspired e.g. https://www.airbus.com/newsroom/stories/biomimicry-a-fresh-approach-to-aircraft-innovation.html

You’re not going to like this, but even aviation is looking towards the animal kingdom again.

This is yet another example of Star Trek becoming reality.
In Trek they had a whole deck dedicated to the dolphin crew and I’m sure this new propulsion will need the same.

I’m sure this news has been around for a couple of years.

We were working on a marine engine eco booster which utilises the energy of the passing waves to create hydraulic propulsion to add auxiliary power to the marine engine? Thus saving fuel and money. We could
Re start it if enough interest? Cheers Paul [email protected]