“The Guardia Civil boat was forced to a dead stop and made to retrace its course well away from the submarine” said Michael Sanchez, who saw the events unfold and photographed key moments.

“The professionalism  of the Royal Navy and Gibraltar Defence Police ensured there was no risk to safety,” the spokesman added.

Recently there have been many complaints regarding the Spanish behavior, the boarder guards have purposely caused delays for workers who travel across daily on orders from the Spanish government, there have been other incursions by Spanish vessels into water and Spanish divers were seen carrying out investigations on the artificial reef off the Gibraltar runway (which runs out into the sea).

The Spanish Government have yet to respond to their latest violation but what they think they’d gain from harassing an American nuclear submarine, is anyone’s guess.

I’d think that’s a somewhat inappropriate cover picture although at least it does have Gibraltar in the background. The Navy vessel that fired the warning shots is a bit smaller than HMS Dragon…

Typo in the article. Third paragraph from the end, ‘boarder’ should be ‘border’.

I wrote it on a train, woops! Thanks.

There’s an H in whoops lol !

UK Defence Journal Missing a word in the final sentence I believe.

Why would you hassle a vessel with the firepower to level a city… With a patrol boat. Was the captain drunk?

Unfortunately it was only a patrol boat not the one in the photo that fired a flare.

No but the Submarine could of levelled a city! The 45 in the picture has no land attack capability. The US sub very much does with its 100 plus TLAM’s

The 45 is the air cover while the sub has its party date. Yeah paddy I know fella was talking about the Sub levelling the city, if I’m honest a dinghy with an agressive small dog could take on the spanish.

what do you mean “could”? That is exactly what happened, dude! You limeys are Uncle Sam’s aggressive lap mutts, and you just bark loud when someone comes close to your master.

Because they know Obama will piss his own pants and apologize.

One of these days it won’t be a flare, it’ll be a burst from a GPMG. they’ll learn the fucking hard way if they keep this shit up.

We just need to wait until lunchtime when the lazy fuckers are asleep.

Or drunk in Mallorca , jumping from balconies .
Bastards.

Miguel Angel if it wasn’t for British tourism then Spain would be screwed you bitter wanker!

I wonder how many British soldiers are buried in Spain? They died in the early 1800’s fighting under the command of the Duke of Wellington liberating the Spanish from their former French allies. The Spanish and most of Western Europe, owes a massive debt of gratitude to the United Kingdom (and our Commonwealth family), for the freedom those countries enjoy today. That gratitude is rarely, if ever shown.

Good…..show those bull abusing Spaniards whose boss of the waters!!

Just returned from Gib, and all seems quite at the moment. No problems at the border crossing.

It’s not summer yet….give it a month or so and you’ll see the queues, sometimes it’s for hours.

in puerto rico it means you a good looking fag ,in mexico it mean u a coward and dishonest ,and in other spanish county it mean you a homosexual hooker…u got it !!!! so dont let no one disrespect u with that word ok puto…..
Bit of a twat Miguel

About time !its been happening for year ,they just take the piss ! They play cat and dog game with the Royal Navy nearly
Every day
Ministry of of defense should take these matters seriously and show every country what belongs to the UK belongs to the UK and will remain like that

Why don’t they just sink one of them to prove a point, then rescue the crew and keep them ransome? Seems like the sort of old world childish antics the Spanish would like.

What galls me is the sheer hypocrisy of the Spaniards. They have two enclaves on the North African coast and no sign of the returning Cueta back to Morocco. We need a decent sized Gibraltar guard boat – a frigate at least – and a submarine popping upand down outside Spanish harbours for good measure!

Fed up with Spanish hypocrisy
#351489
Reply to  Miguel Losada

Western Sahara existed before Morocco, yet Spain gave it to the Moroccans, much to the annoyance of the Western Saharans!

Exactly! I did read somewhere last year that HMG was considering stationing a permanent RN presence in Gibraltar. Maybe if the Spanish keep this up then that will happen.

they use their enclave in Ceuta, across the Strait of Gibraltar, as a port for visiting Russian naval vessels.

They must have been crazy to try and block a usn sub, they should be thankful that the patrol boat fired as the Americans would have just sunk them.

Nice bit of rhetoric “. . .the Americans would have just sunk them.”

Not very likely. Like the British, the Spanish are our allies. The sub’s Skipper did what is expected. He let the British take care of the situation in Gibraltar’s territorial waters.

The British vs Spanish history repeating itself

How stupid do you have to be too piss off the British and the Americans in one go?

Should’ve sent it to the bottom, there’s been enough warnings given!!

BZ to to RN

Pathetic actions by the Spanish, Really, what were they thinking?

That would be a waste of a valuable warship. We need the modern equivalent of a MTB.

Ross Hendrie every warship is valuable along with its crew but a continual presence at Gibraltar as home port would make a statement to Spain & reassure the citizens along with help with the continual patrol in the Mediterranean.

What’s their problem! It’s not the first time they’ve done this.

Daygo bastards another good reason to get out of Europe all the Spanish are good at is being a waiter and serving paella ke !
On doz trays

And Spain are supposed to be our “friends” in Europe !!!

Sink them next time

Hey if they want to go encroaching on our territorial waters then they started it.

Ines Fournon sort it out m8

as if the Royal Navy would send a destroyer to protect us! The only thing HMG will “fire” is a stern letter. This is quite simply NOT true. NONE of our coast watchers / ship spotters heard or saw this and many were keenly photographing the SSGN’s arrival.

Albert, it most certainly is true. It happened in mid-April. With the greatest of respect, at least do a brief Google search before implying we’ve made something up. Flares were certainly fired.

You own news media also reported this at the time: http://chronicle.gi/2016/04/guardia-civil-incursion-as-submarine-sails-into-gib/

The same old navy that you broke ass in 1741 .
6 Spanish ships against 180 British, Vernom against Lezo and you go out running like fucking rats

We want Menorca back!

Go home Miguel you are drunk you melt! You’re the one looking at a Royal Navy Facebook page speaking in English you utter drip.

Seb, nobody anywhere in the world learns to speak english, you dimwit. They learn to speak American. Yeah, I have no idea why the rednecks in the Guardia Civil decided to harass a USN SSBN. Yet it is funny how one perspicacious commenter wrote above that the Spanish would be afraid of a boat with an aggressive small dog, since indeed you limeys are the lapdog of Uncle Sam. I don’t think it is you little mutts that scare anybody, it is rather the big guy that you keep company with who (still) inspires respect, and you know that. It… Read more »

Oh! was the british ship one of the new ones? Designed to hide under the skirt of Uncle Sam?

They fired a FLARE…….it was as simple as that.

I bet old Vladimir is rubbing his claws together

I wonder what the background is to all this.

I doubt it is coming from the Spanish central government.

The Guardia Civil are just rednecks. They probably thought the sub was cool and just wanted to take a selfie close to it, seriously.

it was to help the US again

Should have just sunk them

Your either a Navy people mess with you or your not. Let the sailors decide what is the right thing to do.

who do these rude Spaniards think they are? Turks who daily infringe Hellenic waters???

Let’s face it, that sub can probably put out more offensive options than most of the royal navy combined, so I think it could have taken care of itself.

Lets read something about the Treaty of Utrecht please.

As usual H M Government will do nothing because they lack the will or strength (no balls).
What happens when foreign nationals openly carry guns over the frontier. Happened today

If the British navy boats do not sink , it is because the shit fleet.
Even with boats Falklands Islands war against our modern navy.
You’re crazy. 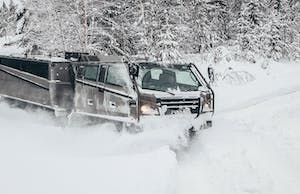