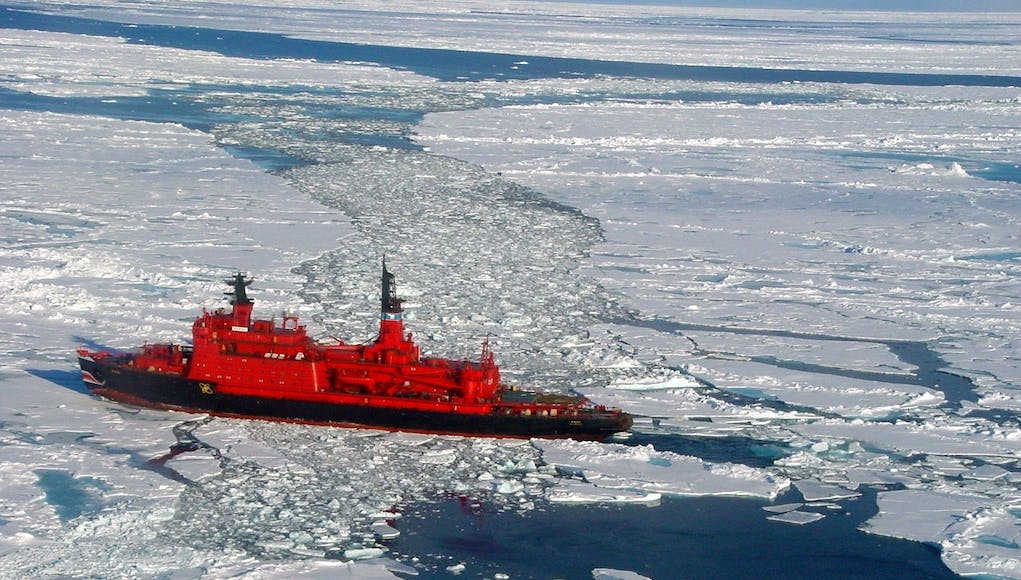 Russia has sent deployed vessels to an Arctic region where new naval facilities are being built, including an air defence base on Sredniy Island, according to the BBC.

An icebreaker carved a channel through the ice for the Northern Fleet flotilla. Besides Sredniy, five island bases are being built by 1,500 workers – at Alexandra Land, Rogachevo, Cape Schmidt, Wrangel and Kotelny, the Interfax news agency said.

Russia sees the Arctic as a strategic priority.

Last year Russia launched military exercises in the Arctic as it seeks to bolster claims to the region’s vast mineral wealth.

The main goals of Russia in its Arctic policy are to use Russia’s Arctic as a resource source, protect its ecosystems, use the seas as a transportation system in Russia’s interests, and ensure that it remains a zone of peace and cooperation. Russia currently maintains a military presence in the Arctic and has plans to improve it, as well as strengthen the Border Guard/Coast Guard presence there. Using the Arctic for economic gain has been done by Russia for centuries for shipping and fishing. Russia has plans to exploit the large offshore resource deposits in the Arctic. The Northern Sea Route is of particular importance to Russia for transportation, and the Russian Security Council is considering projects for its development. The Security Council also stated a need for increasing investment in Arctic infrastructure.

The fleet’s vice-admiral, Viktor Sokolov, inspected the construction site on Sredniy, flying there by military helicopter when the flotilla reached the Kara Sea.

You mean the dismantling of most of NATO and a big reduction in defence spending throughout NATO countries? whereas Russia has been increasing theirs massively! Your statement makes no sense!

Nato only reduced it’s size due to the economic clapse of the early Russian Federation and for no other reason, as is been seen with China, Western forces are again rattling their sabres. With all these refuges pouring into Europe and the political uncertainty of the Euro the Russians have every right to protect their territory and build up their defense capability.

military drill in the arctic , destroying the natural balance and the eco system