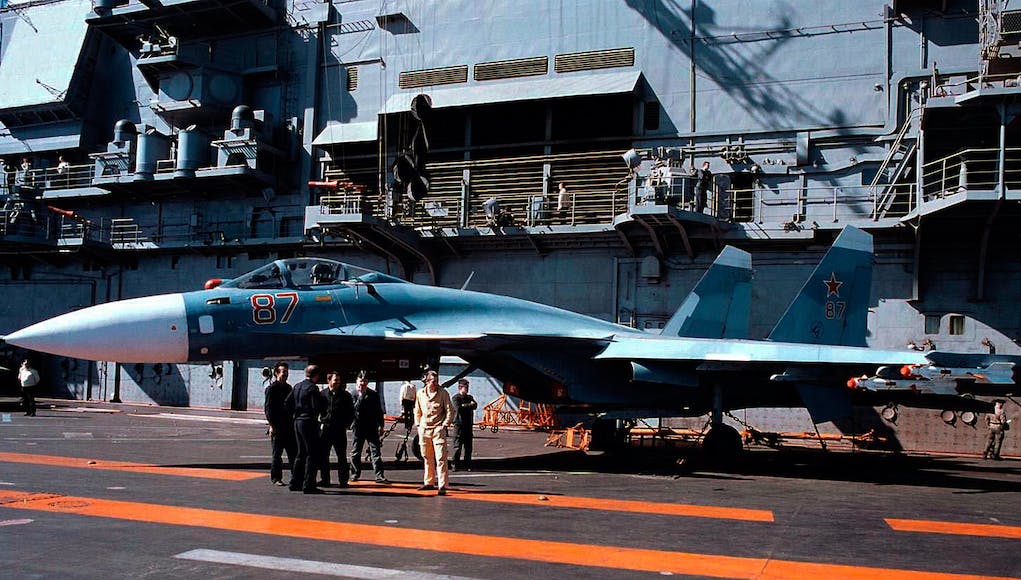 Russian naval forces have conducted firing drills in the Barents Sea amid speculation in local media that the country’s only aircraft carrier could be preparing to travel to Syria.

While designated an aircraft carrier by the West, Admiral Kuznetsov is different from that of either the United States Navy’s carriers or those of the Royal Navy. The term used by her builders to describe the ships is “heavy aircraft-carrying missile cruiser”. Admiral Kuznetsov’s main fixed-wing aircraft is the multi-role Sukhoi Su-33. It can perform air superiority, fleet defence, and air support missions. The cruiser role is facilitated by Kuznetsov’s complement of 12 long-range surface-to-surface anti-ship Granit cruise missiles.

A spokesman for the Russian Defence Ministry said that the exercise involving medium sized carrier Admiral Kuznetsov was part of a combat readiness exercise.

“The heavy aircraft carrier Admiral Kuznetsov has completed a combat exercise destroying a sea target with a Kinzhal missile system. The firing by the cruiser took place in the waters of the Barents Sea.”

Military officials have now denied that the carrier will sail to Syria, it is expected that the vessel would largely be unable to sustain combat sorties for a prolonged period.

Putin is a twat supporting Assad…..

Would be interesting as t what levels of bombing this aircraft can do. As far as analysts can tell, they only have a rudimentary ‘iron’ bombing capability. But they had plans for an ‘austere’ capability much like the T1 Typhoons.

The RuNavy had ordered some MiG-29K’s that are multi-role, but doubt they are ready yet.

Means fighters will be doing drills in conflicted airspace.