Home International Russia warns of “retaliatory measures” against US warship 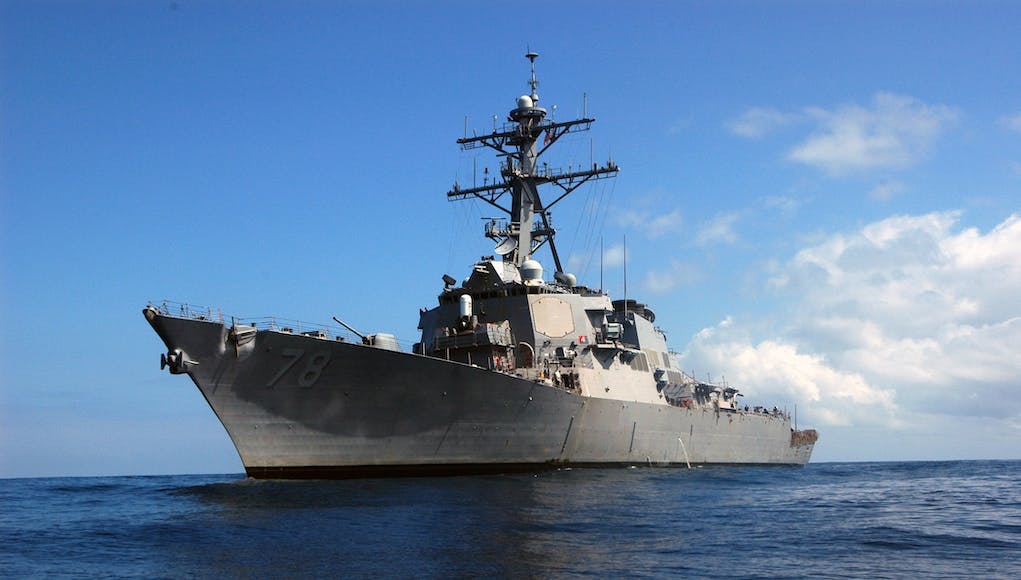 Russia’s Foreign Ministry has warned of “retaliatory measures” over the entry of an American warship into the Black Sea.

The USS Porter arrived in the Black Sea port of Varna, Bulgaria, earlier this week for what the US Navy called a routine deployment.

Russian officials are reportedly unhappy over the increase in NATO activity in the region.

According to a statement from U.S. 6th Fleet, the destroyer “will conduct port visits and bilateral exercises with partner navies.”

Under the terms of the 1936 Montreux Convention, non-Black Sea countries can have no more than 9 warships in the Black Sea at one time and each ship must leave after 21 days.

The United States did not attend the Montreux conference and did not sign the agreement but historically has honoured its provisions.

The USS Porter is an Arleigh Burke-class destroyer.

This is where North Korea get’s their bad behaviour from, dangerous close passes on US warships and then blaming the US for it.
North Korea fires tons of artillery at the South, then as soon as the South fire warning shots at a North vessel entering the South’s waters North Korea warns of retaliation.

Didn’t know Russia owned all of the Black sea now

That’ll have the yanks quaking.

I think Turkey,Bulgaria,Romania might have something to say about that

In this case, both are as bad as each other, they are both playing games to show the other they are there, just like the Russian jets flying close to our airspace and us staging huge navy exercises.

As long it stays as passive aggressive and basically mine is bigger than yours rubbish, then it doesn’t matter.

The worry is sooner or later a mistake will happen and someone will accidentally go to far, as what happened with Turkey shooting down the Russian jet.

This is why the EU and Nato have failed and go hand in hand. The existence of Nato allows American influence in Europe and combined with EU expansionism on the door steps of Russia have created this mess. In an ideal world, Europe would be a super power with a military to match without the need for American command and control. Europe should be building bridges with the world but instead, it’s being ordered about by the yanks, contributing to catastrophic mismanagement of the middle east resulting in terrorism all over Europe while putting pressure on our way of life,… Read more »

We can have as many of our warships there as we want. We did not sign the treaty. Russia is constantly trying to be bad ass.. Crying wolf as usual..

Another air display then!

Just war games that’s all it is but it might get serious one day because someone is going to make a mistake then it will be war, not a game to play like we should all join together and fight what really matters

Putin is more of a threat to humanity than Un. He can order the extinction of humanity. I’m getting increasingly worried that reckless hawks, Putin & ultra nationalists are willing to do something very stupid just to make Russia look strong for the domestic market. Clock getting closer to 12. Terrifying.

It’ll go past 12 if Trump gets in though…

And besides it’s because the US seem to be getting a little jumpy.
Guided missile destroyers in the Black Sea *might* be a bad idea at this time…

The americans must be laughing themselves into a stupor. I suspect the next time the Russians try threatening them with some near miss they’ll do what the Turks did a few months ago!