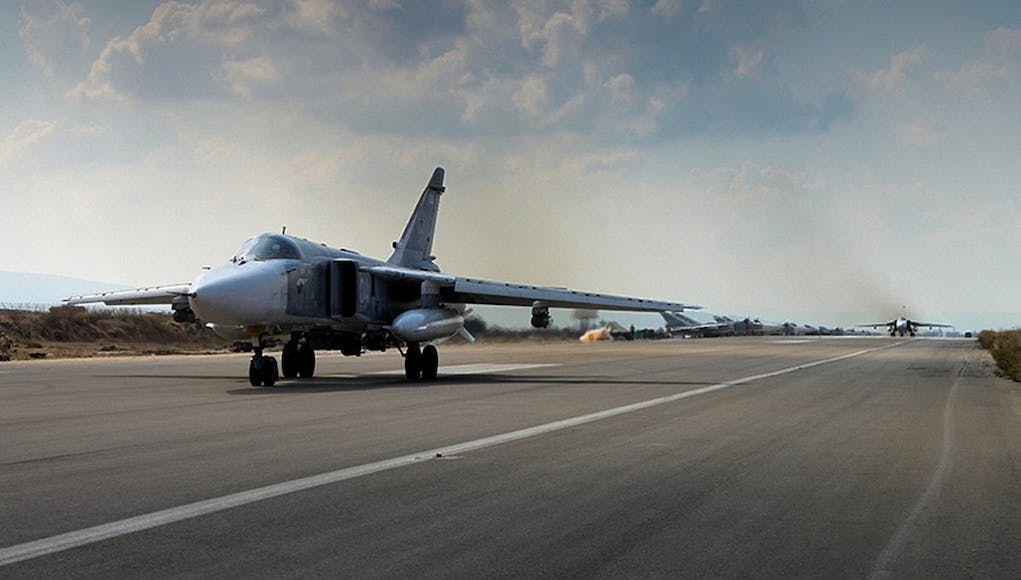 A Russian base in Khmeimim, Syria, will be enlarged and made permanent, a Russian senator has said.

Khmeimim Air Base is a Russian airbase south east of the city of Latakia in Syria. While the airbase shares some airfield facilities with Bassel Al-Assad International Airport, it is reportedly only accessible to Russian personnel.

During 2015, the military part of the airport was converted into “the strategic center of Russia’s military operation against Islamic State”.

The existence of the Russian strategic base was revealed by the United States in early September and concern was raised over the effect on the overall situation in Syria; the airbase became operational at the end of September 2015.

NATO’s supreme allied commander for Europe, General Philip Breedlove, said that the kind of military infrastructure that Russia had installed in Syria was a de facto no-fly zone:

“As we see the very capable air defence systems beginning to show up in Syria, we’re a little worried about another A2/AD (anti-access/area denial) bubble being created in the eastern Mediterranean.”

“Nuclear weapons and heavy bombers will not be deployed there on a permanent basis, because it would contradict international agreements and raise repudiatory ire.”

“Khmeimim air base will get new quarters, canteens, a hospital and other infrastructure facilities to make the lives of the servicemen deployed there more comfortable.

Military engineers will broaden parking areas and aircraft shelters – where warplanes will be stationed by squadrons – and will organise receiving areas for heavy military cargo An-124 Ruslan jumbo jets.”

New infrastructure was erected “from scratch” in 2015 and work continues.

Are the Russians also picking up the tab for bombing Syria? How the feck are Syria meant to build a new country it’s fooking devastated.

This base is a sign of the things to come, the Turks and Israel won’t be happy either.