Home International What is the Russian aircraft carrier Admiral Kuznetsov up to? 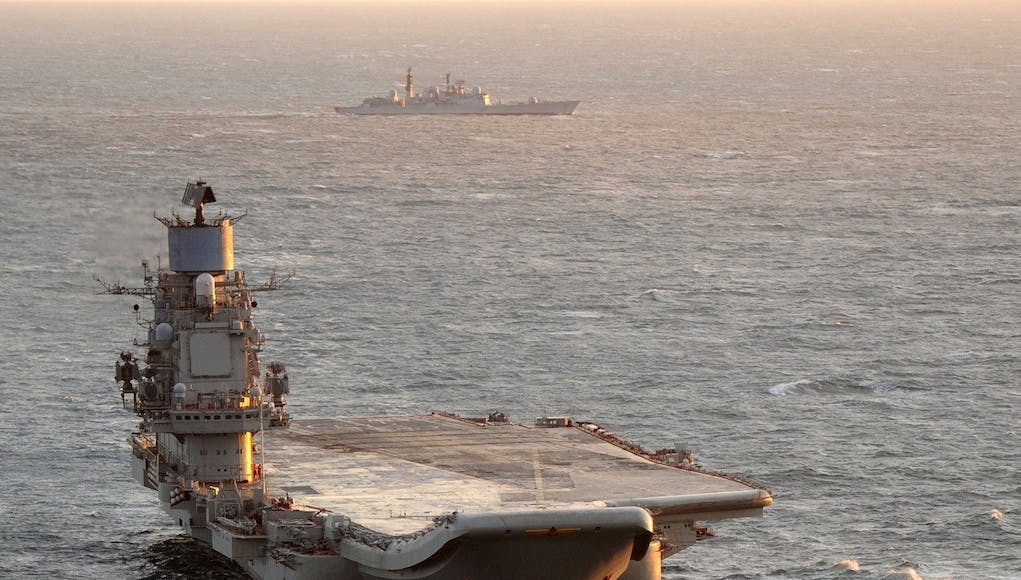 Claims that the Russian aircraft carrier Admiral Kuznetsov will be deployed to Syria to fight Islamic State have been met with scepticism.

According to TASS, a military-diplomatic source in Moscow said on Saturday:

There is no official confirmation of this, indeed, the Russian navy denied a similar report in 2015. So, let’s believe it when we see it but I don’t think we’ll be seeing it.

I should hope so.

Just because their carrier uses short take off and arrested landing rather than the techniques used by British & American carriers, in no way implies that the Russian ship has “a mission different from that of either the United States Navy carriers or those of the Royal Navy”.

And US land based aircraft have longer ranges than US carrier jets, so what? The US uses both.

These have been removed.

Given the type of aircraft this carrier carries and the way the Russian fleet functions as a whole its reasonable to assume that the CONOPS ( concept of operations ) is different slightly.

The RN and USN have shared a carrier usage lineage in a lot of ways, but their modern CON OPS are miles apart.

The Russians have some very different Naval tech, some of it very very good ( heavy supersonic anti ship cruise missiles ) I would wager they leverage this in their flagship.

I am a little confused why having less range is an issue. The F35B has less range than the Typhoon/Tornado, so does that mean that the QE class are not carriers?