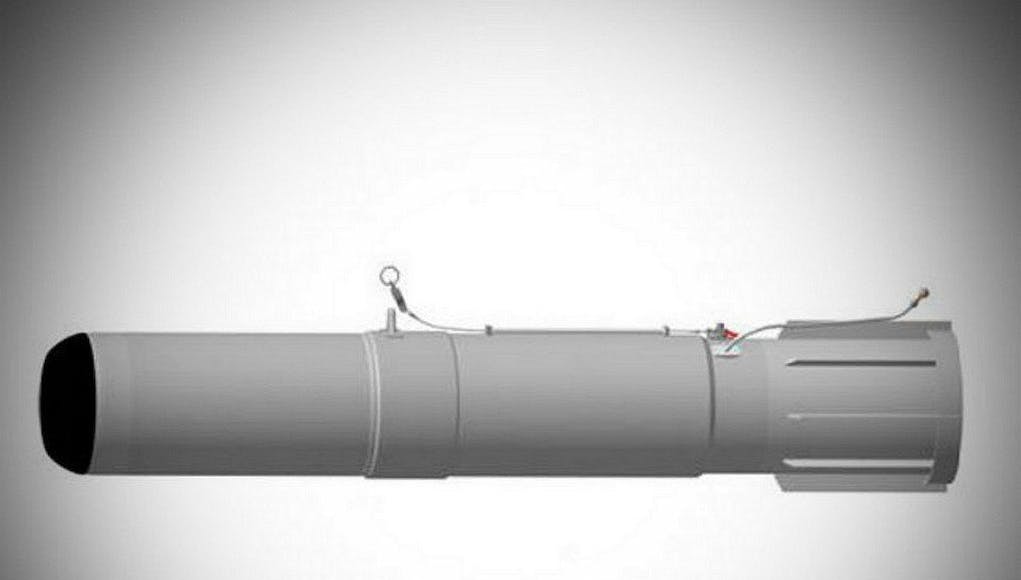 The Zagon-2E guided anti-submarine bomb was presented at the International Maritime Defence Show.

The bomb was developed by the State Engineering Research Institute in Balashikha. The weapon has what the manufactureres say is the unique ability to hover above the water surface for up to four minutes. At present, there is no similar model in the world they claim.

The Zagon-2E aerial bomb is used against submarines when they are surfaced, at periscope depth, or up to 600 metres below the surface. The weapon which weighs 120kg and is 1.5 metres long descends on a parachute from an antisubmarine aircraft carrier – Il-38 and Tu-142M jets, and Ka-27 helicopters – and, while hovering above the water surface for up to four minutes, uses its active hydroacoustic guidance system to locate targets within 450 meters.

“The weapon is silent, has no engine, and carries about 35 kg of explosives. This amount is enough to breach the hull of any submarine. The bomb also has a self-destruct mechanism that activates if the target is not detected within a specified period of time.”

Rostec State Corporation is a Russian corporation that was established in 2007 to facilitate the development, production and export of high-tech industrial products designed for civilian and military applications.

The Corporation comprises over 700 organizations that are currently part of 11 holding companies operating in the military-industrial complex and 3 holding companies working in civilian industry, as well as 80 directly managed organisations.

MoD looking at ‘cats and traps’ to launch aircraft at sea