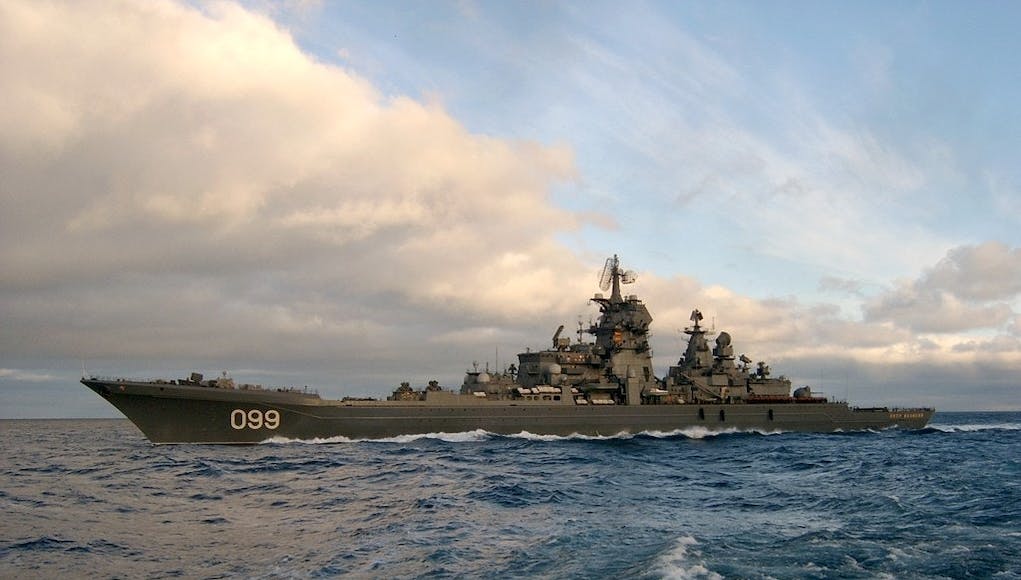 Russian nuclear submarines and surface vessels from the Northern Fleet have been firing large salvos of missiles.

The Northern Fleet is a unit of the Russian Navy responsible for the defence of northwestern Russia. The fleet has access to the Arctic and Atlantic Oceans from bases on the Barents and Norwegian Seas. The fleet headquarters and administrative centre are located at the main base at Severomorsk with secondary bases elsewhere in the Kola Bay.

The Northern Fleet includes about two-thirds of all the Russian Navy’s nuclear-powered ships. The flagship Kirov-class battlecruiser Pyotr Velikiy is named after Peter the Great. The Fleet staged a series of major Barents Sea exercises in January 2004 involving thirteen ships and seven submarines including Pyotr Velikiy, Admiral Kuznetsov and President Vladimir Putin was aboard the Typhoon class ballistic missile submarine Arkhangelsk. The exercise was marred by two RSM-54 SLBM launch failures aboard Novomoskovsk and Karelia.

The crew of the Admiral Ushakov destroyer fired a Moskit anti-ship cruise missile at the set target at a military training ground in the Barents Sea at a distance of about 100 kilometers.”

Like them or loath them, the Russian Navy has some really impressive ships!

Every time they send a task group out there is always an ocean going tug with them.

They look impressive, but…

That sounds prudent, we sent them to the Falklands and the Russians have less friendly ports to check into than the West. Where could you safely park a Nuclear Powered Battleship? Who would let it anywhere near them?

Now is good time to carry out trials on new torpedos; free target of opportunity.