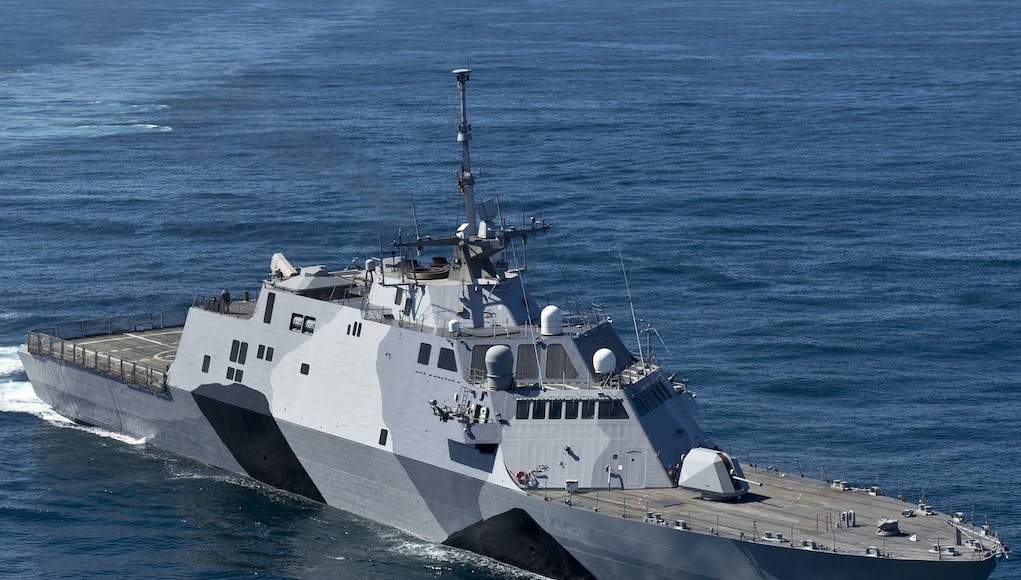 The Pentagon has notified Congress of a planned sale of four littoral combat ships to Saudi Arabia $11.25 billion.

The US State department has approved the deal, the approval allows the Saudis to negotiate contracts for the ships unless Congress passes legislation to block the deal.

The concept behind the littoral combat ship is to “create a small, fast, maneuverable and relatively inexpensive member of the DD(X) family of ships”. The ship is easy to reconfigure for different roles, including anti-submarine warfare, mine countermeasures, anti-surface warfare, intelligence, surveillance and reconnaissance, homeland defence, maritime intercept, special operations, logistics and so on.

The Freedom class and the Independence class are the first two LCS variants. Both are slightly smaller than the US Navy’s guided missile frigates and have been likened to corvettes. They have the capabilities of a small assault transport, including a flight deck and hangar for housing two SH-60 or MH-60 Seahawk helicopters, a stern ramp for operating small boats, and the cargo volume and payload to deliver a small assault force with fighting vehicles to a roll-on/roll-off port facility.

The US is offering a version of the littoral combat ship called the “Multi-Mission Surface Combatant” customised to Saudi requirements.

The UK doesn’t have anything that fits Saudi requirements.

I’m not sure about that , the Saudi’s are calling the LCS a frigate , installing VLS for air defence and getting rid of the multi mission element. It starts to look beefed up Corvette doing a job that a T26 could do better.

But I appreciate the Saudi’s would not dive in to be the first customer. So it’s more a matter of timing rather than not meeting the requirement

Well yes but they’re not available just now, are they?

The variant of the Freedom Class the Saudi’s wish to procure is in design phase and at the same (or less) maturity than the T26. It is lager and much more complex than the LCS variant currently in service with the U.S. navy. The T26 is just as ‘available’

All the gear, and no idea.

It’s a shame BMT didn’t get more traction with the Venator 110 concept which is, as far as I’m aware, still only a paper concept at this time. I think Venator could still be a useful asset for the RN (provided it wasn’t used as an excuse to cut back T26 numbers) and would have been a far more interesting use of £348 million than the three latest River class OPVs.

A Venator that actually existed could have been a credible UK alternative to the Saudi’s LCS buy; I really don’t think LCS looks at all promising at the moment.

$11 billion for four ships is a new definition of “inexpensive”!! BAE would be proud of that

We really need a fast corvette to do all the donkey work that we don’t need billion pound ships for! Thirty of them would ease the pressure on the navy immeasurably! I saw the USS Independence in Thurso bay during a NATO exercise, it was small, but still impressive.

A ship with no offensive weapons is impressive?

Where did you get that idea from? They have flexible mission packages including weapon systems!
https://en.wikipedia.org/wiki/USS_Independence_%28LCS-2%29

Not that it’s the same mission, but they’d get a much better ship if they waited on the Type 26s. Most likely cheaper too.

Whatever they’re paying, they’re getting ripped off.