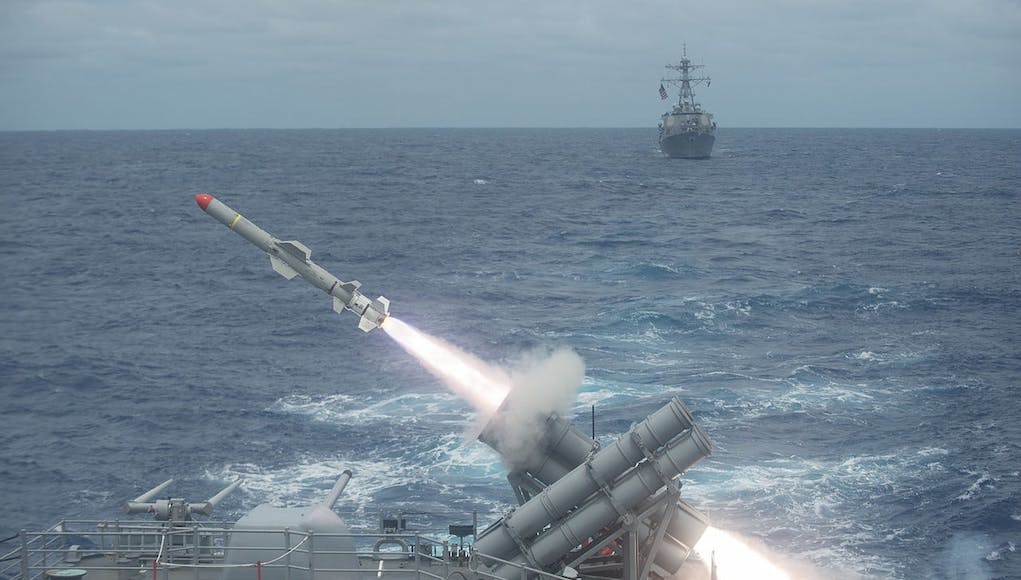 The US government have approved the sale of submarine-launched Harpoon missiles and associated equipment to South Korea, according to the Defence Security Cooperation Agency.

The DSCA, which operates under the US Department of Defence, said that it notified Congress of the proposed sale of the UGM-84L Harpoon Block II missiles and 13 Block II upgrade kits for an estimated cost of $110 million.

The South Korean Navy has sought to use the Harpoon Block II anti-ship missiles to supplement its existing Harpoon missile capabilities in order to better deter North Korea’s military threats.

The Harpoon Block II missiles can strike a target within a 248 kilometre range, which is twice as far as the previous model.

April 18, 2022
Imagery has emerged showing the aftermath of a Ukrainian missile strike on a Russian warship.