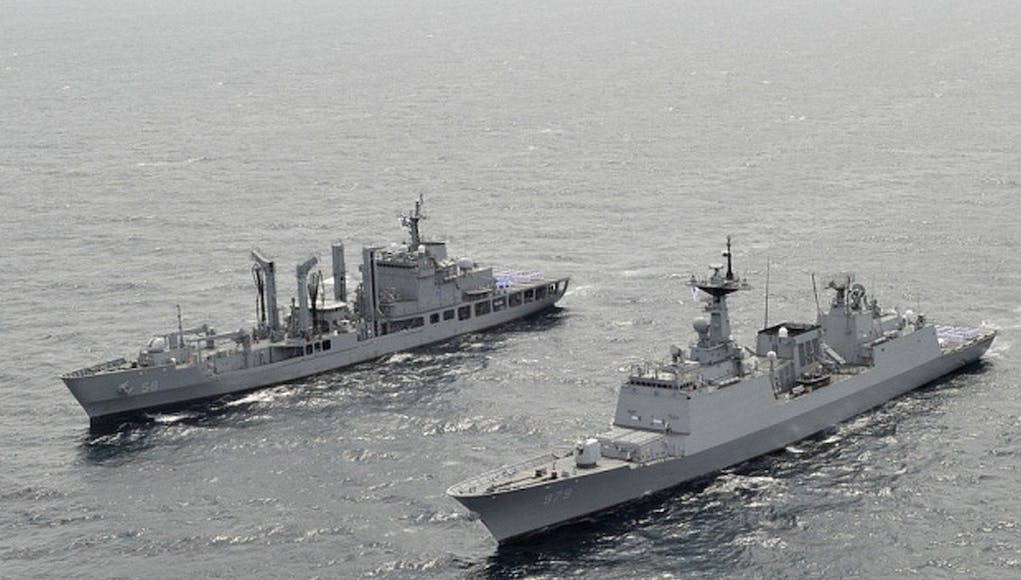 Hundreds of South Korean sailors have arrived in Portsmouth on board two naval vessels to start a four day visit to the UK.

It is understood to be part of a round-the-world training deployment for new officers.

Among guests were Acting Ambassador Kim Chang-mo. He said:

“The United Kingdom and the Republic of Korea have enjoyed a long history of friendship and cooperation. This partnership extends to the political, economic and defence realms.

The Korean people are particularly thankful for the role the UK had in the defence of our nation during the Korean War. This sacrifice helped to build the Korea we know today and the current artnership between our militaries serves to build on this.

As part of the tour, some of the Korean sailors will travel to HMS Excellent in Portsmouth to get an update on the progress of aircraft carrier HMS Queen Elizabeth while some tour HMS Victory, HMS Warrior, the Mary Rose Museum, the Royal Navy Submarine Museum at Gosport and a football match against a team from Portsmouth Naval Base.