Home International Syrian asylum seeker blows himself up in Germany 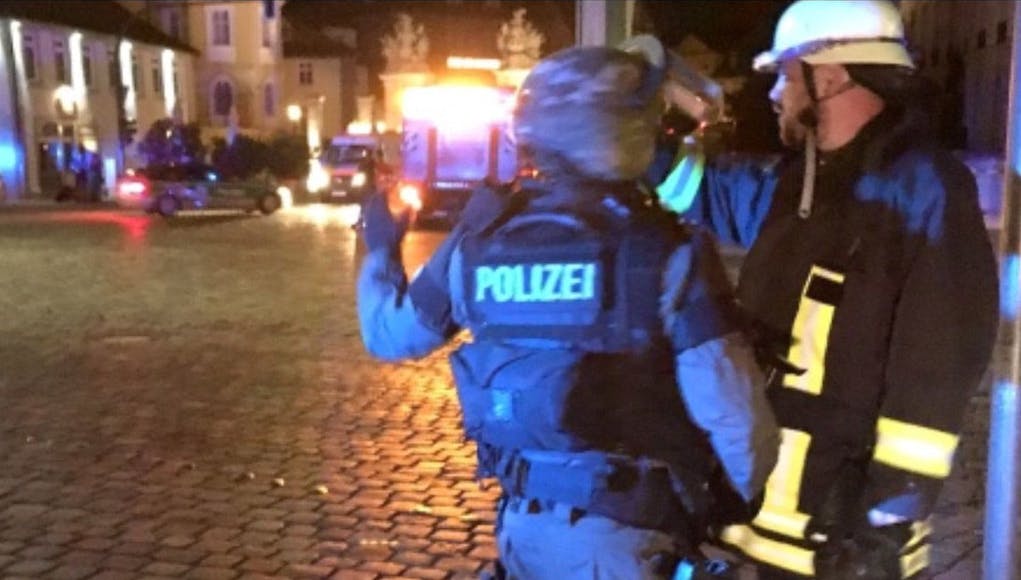 A Syrian has blown himself up and injured 15 other people with a backpack bomb near a festival in Ansbach, Germany.

It is understood that the the 27-year-old man had failed in his bid for asylum and faced deportation to Bulgaria.

The bomb was detonated after the man was refused entry a music festival, Bavarian officials say.

A spokeswoman for Bavaria’s police force told Reuters it was unclear what the attacker’s motivations were.

“If there is an Islamist link or not is purely speculation at this point.”

Carla Seidel, the town’s mayor, confirmed that there were 15 injured.

It is understood that German Security services have sealed off the city centre and forensic experts are trying to establish the kind of explosives the bomber used.

No Europe has not gone mad.

July 19, 2021
HMS Queen Elizabeth and her Carrier Strike Group will undertake anti-submarine exercises whilst in the Pacific region.