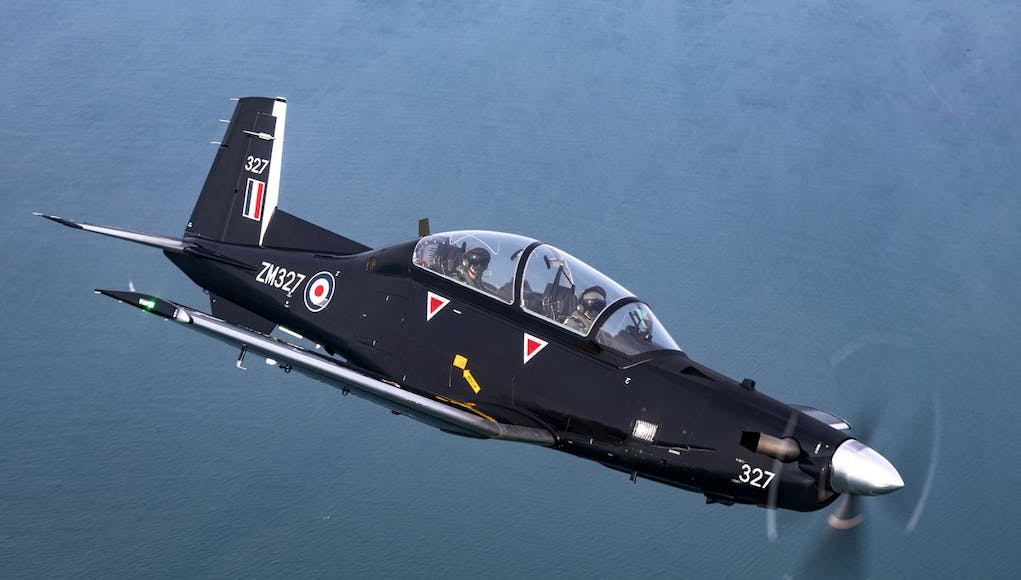 The RAF fleet of Texan T1 training aircraft currently face restrictions on their ability to operate over water due to issues with the life raft, harness and life jacket on the aircraft.

We reported this last year, you can read more about it by visiting the link below.

The restrictions are now set to be reviewed after remedial work on the above components.

The information came to light in a response from Jeremy Quin, Minister of State at the Ministry of Defence, to a written parliamentary question posed by Hywel Williams, Member of Parliament for Arfon.

“To ask the Secretary of State for Defence, when he became aware of the certification issues with the Texan T1 training aircraft; and whether an assessment was made of the potential merits of purchasing an alternative aircraft.”

“The Texan T Mk1 entered service in 2019. It is a Civil Certified aircraft, certified by the Federal Aviation Authority and the European Union Aviation Safety Agency. The Ministry of Defence operates Texan on the Military Register, which requires a Military Type Certificate (MTC) issued by the Military Aviation Authority (MAA). The MAA imposed a restriction in the MTC on initial Release To Service to minimise flight over water in order to drive further improvements to the Texan, so that its operation would be coherent with the protection levels afforded by other UK military aircraft. This has led to work to implement improvements to the Harness, Life Preserver and Life Raft. The Department is now preparing for a review of the MTC Restriction.

During procurement, Texan was assessed as the most suitable training aircraft for the required syllabus. The MTC restriction was imposed after the procurement of the Texan and as such no further assessment has been made of any potential merits of purchasing an alternative aircraft.” 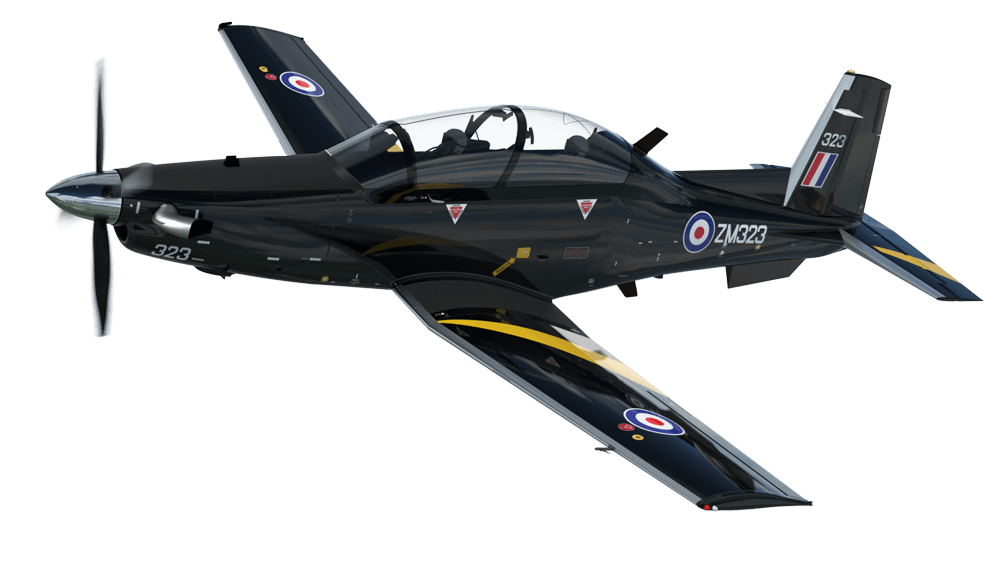 The Beechcraft Texan has taken over the basic fast jet training role previously fulfilled by the Tucano T1. Students progress onto the aircraft from the Prefect and move forwards to the Hawk T2.

Valley is surrounded by water. I assume these have spent their life over north and mid Wales?

Is there a reason that this aircraft is known as the Texan in RAF service and not the Harvard II as it is in RCAF service? I would have thought this would have made more sense given that the only reason the Canadians call it Harvard II is that the original Texan was called Harvard in British and Commonwealth service.

The UK version is based on the C export variant which has hardpoints added and digital controls and screens whereas the Canadians and the bulk of US use is the A variant with analog controls. The US Navy have a tiny number of B variant with digital controls and the US air force uses the D variant as a chase plane and utility rather than for training roles which is based on the C.

If you are a bit rich and have a pilots licence then one of these would be far better fun than a Cessna. However you could buy yourself a P51 Mustang or a late Mk Spitfire…

Better off spending more and following OZ in getting the PC-21 , faster and more jet like , plus Empire test have them so surprised the rest of UK does not have the same fleet . Swiss have no interim Jets they go straight to FA18 from the PC21 and if the Kiwis were ever serious on having they’re pilots Fighter ready the 21 would have been better than the Texan PC9 clone .

It is not a UK MOD decision what aircraft is used for that part of the syllabus, MFTS is provided by a consortium and they are required to provide an appropriate type for the requirement. One of the consortiums that bid the contract did propose the PC-21 but in the end it was won by Ascent that was bidding with the T-6C.

Couple this with the Engine noise issues, and it looks like the RAF has ended up with a dog.

It baffles me that they do not acquire certification on these before they selected it as the winner. The fact that it needs work to bring it up to standard seems like a potential reason to pick another competitor to me!

Absolutely. If you’re buying off the shelf it’s not up to the customer to knock something into shape!

Need to know the specs and certification for everything as the operator we require and are concerned about before purchase.

With the similar post a year or two ago, it looks like nothing has been done to make progress!

About the same performance as the 1950s’ Balliol then?

From chatting with a friend at valley they went to trial these in the US without immersion suits, got them back to the UK and got fully kitted up and found they couldn’t fit.

so they didn’t think to bring one over?……..bloody amateurs

Hi …. have any forms of privatisation worked for the military
Army recruitment,pilot training and in flight refuelling all seem pretty poor value for money
Thanks Ian