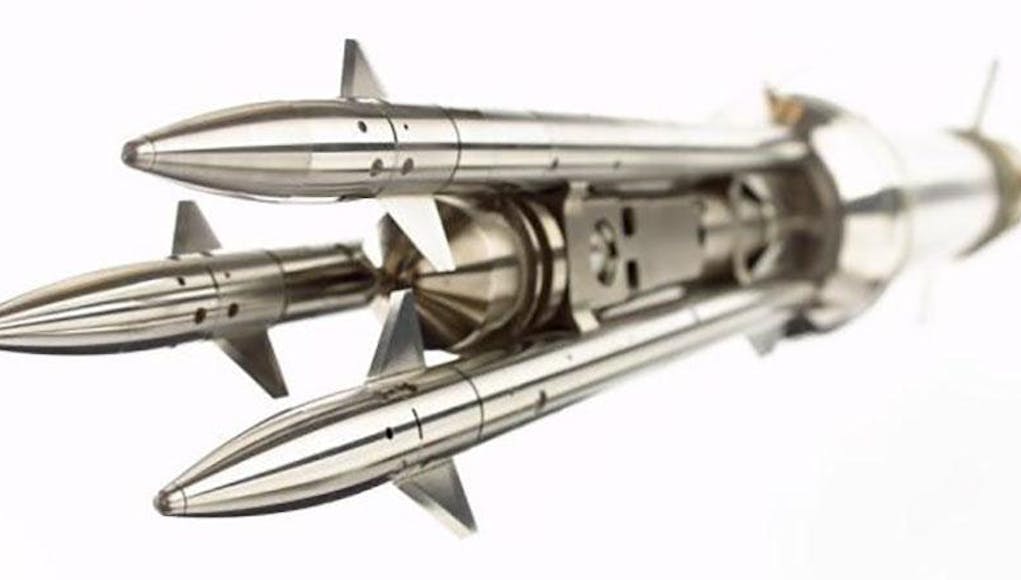 Thales announced today at DSEI that it has signed a multi-million pound contract with DataGate in Thailand to supply the Royal Thai Army with the STARStreak air defence missile system.

This contract follows on from Thailand’s initial purchase of STARStreak in 2012.

Victor Chavez, CEO of Thales in the UK, said: “STARStreak is the leading VSHORAD system in the world today, enabling nations to protect key assets against both emerging and established threats.  We are honoured to continue to serve the Royal Thai Army as a key supplier for Thailand’s advanced air defence capability.”

Starstreak is a British short range anti-air missile manufactured by Thales, in Belfast. Starstreak has been in service with the British Army since 1997. In 2012 Thales rebranded the system under the ForceShield banner.

In 2012, the UK Ministry of Defence announced that it would be placing a Starstreak detachment on top of a block of flats in London in preparation for the 2012 London Olympics. The Ministry claimed that the area was the only suitable location for an air defence detachment of the type. Some residents were upset and uncertain of the necessity of the detachment. In 2013, the MoD ordered 200 more Starstreak missiles.

Global Komited, a subsidiary of Weststar Group and Thales signed the agreement to market the Starstreak system to the Malaysian Armed Forces in 2014.

The Starstreak will replace the Thales Starbust V-Shorads which had been used in the air defence of military bases in the country.

Those things are really noisy!