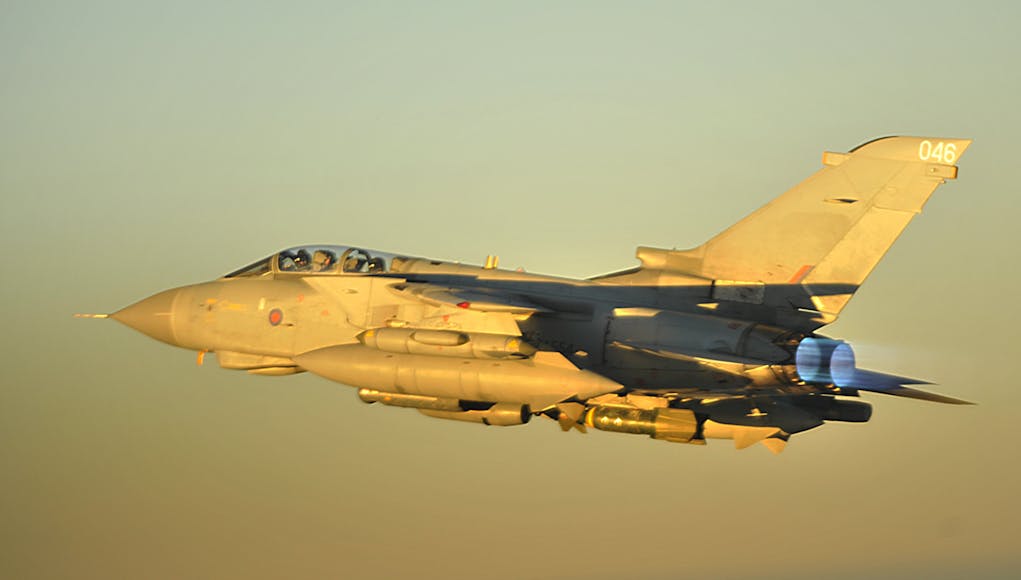 Leonardo has begun deliveries of its new ‘BriteCloud’ decoy to the Royal Air Force for combat missions following the Ministry of Defence’s formal go-ahead for the new technology.

The Coke-can sized countermeasure, which protects fighter jets from modern radar-guided missiles, will be available for use by Tornado GR4 crews in the near future. The RAF will be the first air force in the world to field the system.

The acceptance into service follows a series of tests carried out by the RAF in the United States in June 2017. These live firings saw dozens of BriteCloud decoys launched from Tornado GR4 aircraft by the RAF’s 41 Test and Evaluation Squadron against high-tech radar guidance systems. The tests produced a string of successful results which were then handed over for in-depth analysis by Ministry of Defence scientists at the UK’s Air Warfare Centre and the Defence Science and Technology Laboratory (DSTL).

Leonardo say it has worked since 2012 with the MoD to develop active expendable decoy technology, with the concept originating through a project commissioned by DSTL and jointly managed by Leonardo and the MOD’s Defence Equipment and Support (DE&S) organisation. Leonardo has subsequently invested significantly in its Luton-based electronic warfare centre to develop and manufacture the final BriteCloud product.

In late 2017 the Ministry of Defence approved the technology for operations and first deliveries of the decoys by Leonardo to the RAF will take place this month.

“BriteCloud packs a sophisticated electronic radar jamming system into a package just a few inches long. The decoy can fit into a fighter aircraft’s standard chaff and flare dispenser and can be ejected at the push of a button if the aircraft is locked onto by a modern radar guided missile. Upon launch, BriteCloud instantly powers up and its automatic jammer produces a ‘ghost’ signal to defeat an enemy’s radar, making it straightforward to use and able to protect its host aircraft even in situations where traditional chaff and flare countermeasures would be ineffective.

The technology is generically called an ‘Active Expendable Decoy’ (EAD); ‘active’ because of the electronic jammer and ‘expendable’ because the decoy is fired away from the combat jet to create a large ‘miss distance’ for an incoming missile.”

How many will each aircraft carry ?

This is great news! Glad to see it!

Some more good news for our armed forces!

Isn’t the tornado going out of service next year. I hate to sound like a miserable git, but what’s the point.

They are probably aiming to integrate it into the Typhoon and Lightning soon. The Tornado is just a stepping stone to make sure it works. That is just my view
though, don’t have any actual evidence to back it up.

Sounds about right. Will definitely get integrated with Typhoon and perhaps the F35.

Unless they are different between each aircraft I presume they will work with other aircraft relatively seamlessly.

They use the same 55mm dispenser. It has heen tested on the Gripen, F16 and Tornado so it will also be integrated on the Typhoon. According to Leonardo the integration is straight forward so it should be added as soon as centurian completed in 2018/20

Sounds good, and lickely. Would have thought they would have gone straight to typhoon though.

What is the new naval equivalent of this for use on fleet assets?

I wonder of Leonardo will now be working on upgrades to their AESA radar to recognise it and similar as decoys? Or have they already? Shhh, it’s a secret …

whilst it might be a joke comment, it has a lot of truth to it. Until we have an actual peer level war, no one really knows if any of this stuff will actually work. so many times in history has game changing tech not worked when put into practice.

As long as it is not reverse engineer friendly and it cant easily be copied. I assume that the spectrum of jam frequencies are configurable. 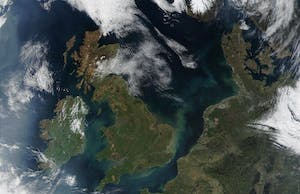