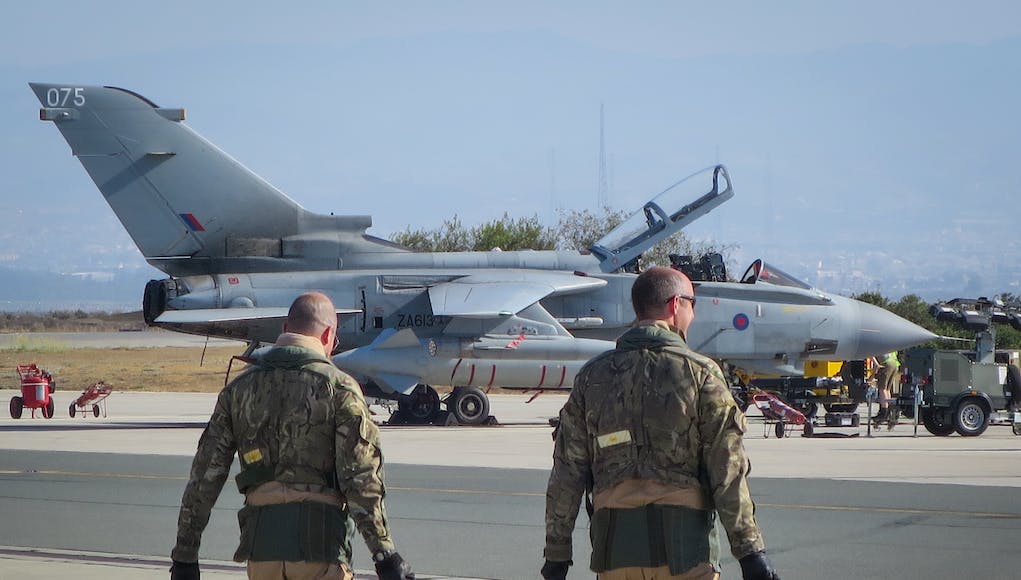 It is understood that a coalition surveillance aircraft spotted an Islamic State heavy artillery piece to the south of Manbij, and the Tornados were tasked to deal with it.

The gun and an ammunition stockpile were reportedly concealed within a treeline at the edge of a road, but a pair of Paveway IVs struck their targets.