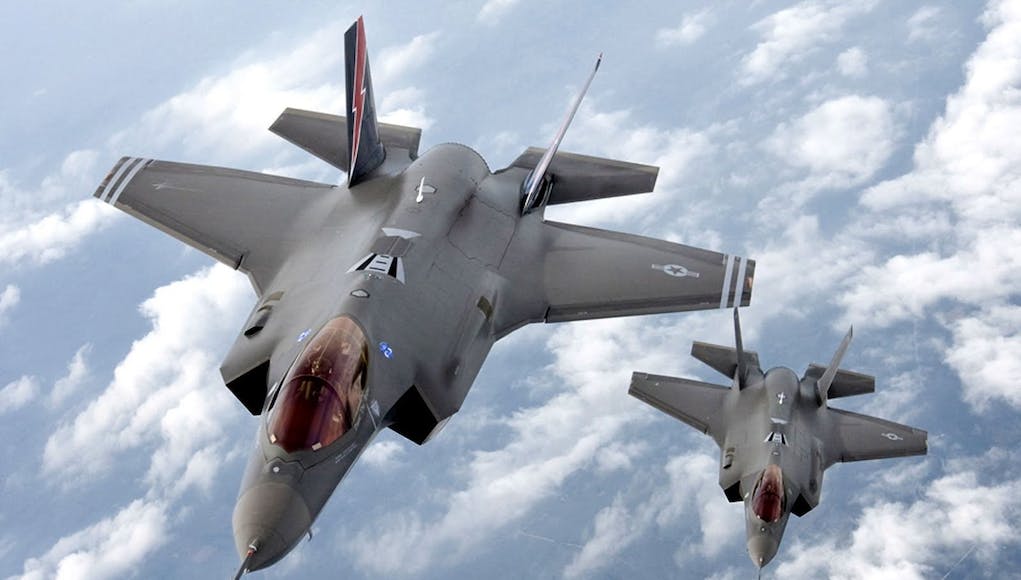 The F-35 maintenance programme will generate millions of pounds and support thousands of jobs in North Wales.

The Ministry of Defence has announced that the UK has been chosen by the F-35 Program Office to be a global repair hub providing maintenance, repair, overhaul and upgrade services for F-35 avionic and aircraft components.

Over the lifetime of the programme, hundreds of European-based F-35 aircraft will be serviced and maintained in North Wales.

According to the government, this work will generate hundreds of millions of pounds of revenue for the UK defence industry, with the potential to unlock more than £2Bn of future F-35 support revenue over the lifetime of the programme. This will help sustain thousands of high tech jobs and skills.

The work will reportedly involve maintenance and repair of systems for the F-35 aircraft including electronic and electrical components, fuel, mechanical and hydraulic systems, and ejection seats.

“This establishes Britain as a hub for all European F35s and is hugely positive news for our high-tech and innovative defence industry. It is an endorsement of the skills and capabilities the UK offers; will help create hundreds of high-end jobs, safeguard thousands more and be a substantial boost to UK exports.

Building on the strong foundations of Britain’s pre-eminent and enduring defence partnership with the US, this decision supports British jobs and helps keep Britain safer and more secure.”

“Today’s announcement makes Wales an essential component repair hub for supporting the F-35 aircraft and confirms our status as a leader in aviation technology.

I’m delighted that the expertise that exists in Wales, along with a skilled workforce, has been recognised by the award of this major contract. It will lead to the investment of millions of pounds into the economy of North Wales.

The North Wales maintenance site already supports around 400 jobs with thousands more in the wider supply chain – these will be sustained and grown over the coming years as a result of today’s news. MOD Sealand is a perfect location for maintenance work on this scale and I’m confident we will see further investment locally for the aerospace industry in Wales.”

The repair service is expected to be operational from early 2018.

“The UK’s winning proposal, which will provide best value for money for the F-35 enterprise, is testament to the strength of both UK Government and our industry knowledge and expertise.”

As the only Level 1 partner, the United Kingdom has garnered tremendous economic benefits from the F-35. British industry will build 15% of each of the more than 3,000 planned F-35s, in addition to a large volume of British developed aircraft systems including the electronic warfare suite. Conservative estimates put the jet at 30% British content. The programme at peak will generate significant export revenue and GDP growth. The programme is projected to create and support more than 25,000 jobs across every region of the United Kingdom.

Hundreds of British software engineers with BAE have played a leading role in creating software for the F-35 aircraft that will be operational with the US Air Force later this year. The software team at the BAE site in Samlesbury, Lancashire, has worked alongside Lockheed Martin, the prime contractor on the F-35 programme, to deliver the latest update known as ‘Block 3i’. There are more than eight million lines of code required for full operational capability. Block 3i equips the aircraft with 89% of the software code required.

A mere four months later, after witnessing the aircraft’s impressive performance, U.S. and U.K. defense officials announced Lockheed Martin’s concept would go on to become the Joint Strike Fighter. In the years since, the F-35 has continued to evolve.

Fantastic news. Well done guys! Worry respect for the job that you do Well done!

Well done to all involved Great news for the UK.