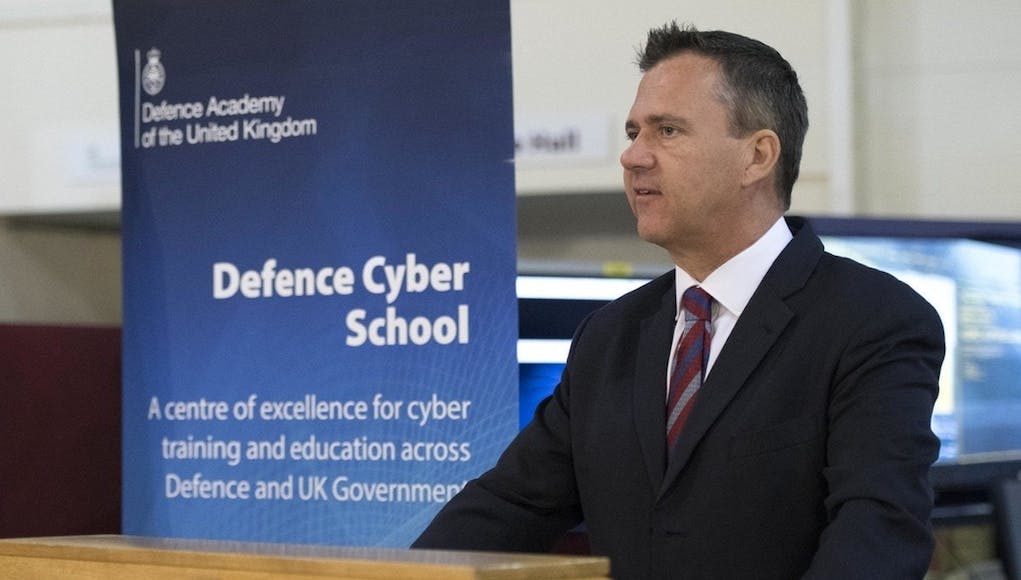 British cyber defence capability is to get a boost, following the opening of a new Defence Cyber School at the Defence Academy, say the MoD.

The 2016 National Cyber Security Strategy provided £1.9 billion of investment in cyber, which is being used alongside more conventional land, maritime and air capabilities, to meet these threats head-on.

Earlier we reported that Commander of the UK’s Joint Forces Command, General Sir Chris Deverell warned against Russian cyber activity and claimed that Russia “demonstrated the intent to do us harm”.

“What they seek to do is to steal, plant, manipulate, distort and destroy our information. That’s what they seek to do and it’s part of their doctrine. Every single system we have in our lives is in some way controlled by systems that have ones and noughts in them. If you can get them then you can affect us.

Now, building on current capabilities; which include the Global Operations and Security Control Centre at MOD Corsham; and the MOD Computer Emergency Response Team (MOD-CERT); Rapid Response Teams will be established from April say the MoD.

Teams of specialist Incident Responders will be available to deploy to locations around the UK and overseas, to tackle malicious cyber activity.

“Cyber threats to the UK are constantly evolving and we take them very seriously. That’s why the Defence Cyber School is so important. It’s a state-of-the-art centre of excellence that will train more personnel across Defence and wider government in dealing with emerging threats.”

“Defence has a number of very highly-trained military personnel on hand to deal with emerging and complex cyber threats. We are reinforcing these capabilities with the creation of Rapid Response Teams. Our threat-hunters give us the ability to identify, isolate and respond to these threats, whenever and wherever they might arise.”

“The UK has advanced counter-cyber capabilities which can protect national interests from harm caused by adversaries. Furthermore, offensive cyber can be used to deal with serious threats to the UK.”

All get paid for by closing Devonport

Rubbish!!! Dont be so negative…..this is a great step forward in our capabilities!

I think Cyber is a big part of our future force and is in effect the 4th arm of our military now.

We need to invest more and rapidly to ensure we are a world leader in Cyber – so good news.

NK – largest cyber currency and systems attacker on the planet

Are we behind the curve though? The Joint Cyber Units at Cheltenham and Corsham were set up years ago, as was the Cyber Ops Centre, and the Cyber Reserve. There is also the small matter of the expertise of GCHQ, Edward Snowden’s treacherous leaks gave just an idea what we as part of the UKUSA agreement are capable of. Most of this stuff is classified so who says we are behind the curve? From what I understand the UK is one of the few nations with an offensive Cyber capability. Whether we actively use it who knows but we are… Read more »

Could have commenced a counter-cyber capability much earlier but for resistance from certain departments.

Morning all You only create a school when you have got enough expertise and capability to release staff to teach at it. The sign of a mature capability is one that you can also teach. Once you get good enough at teaching it you can start assuring others. Once you get good st that then the NAO can come along and audit your performance. This announcement shows we are well on the way to generating a robust stable supportable capability. As I said in an earlier post, the USP to the Belgians with regards to selling Typhoon is not the… Read more »

Hear, hear up to the bit about the Belgians gaining access via purchase of Typhoon. As a NATO ally, they would likely be most welcome to send paying students to attend the Defence Cyber a School irrespective of whether they are a Typhoon user or not.