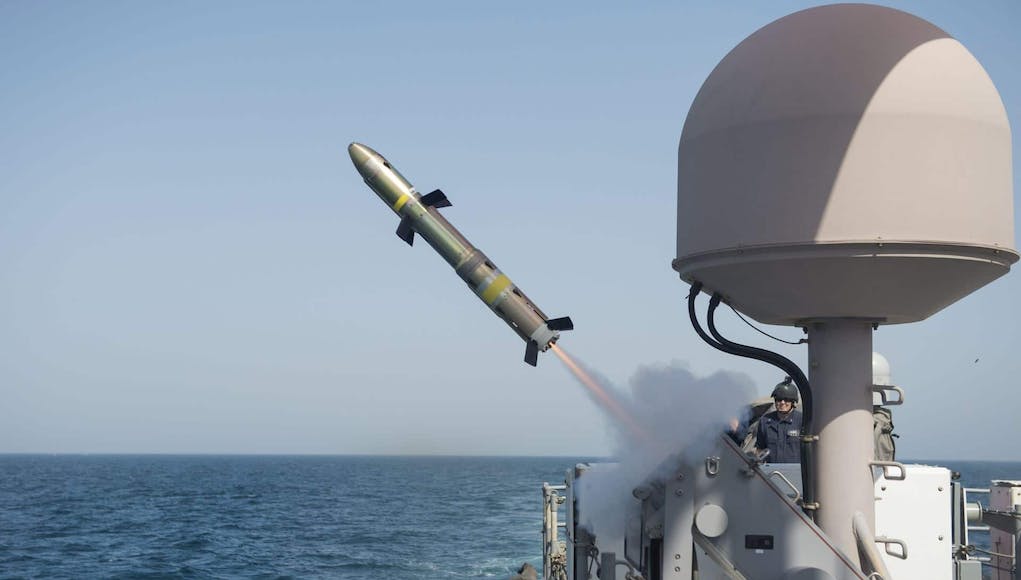 Five US Navy coastal patrol ships assigned to conducted a proficiency fire test of their MK 60 Griffin Missile Systems in the Persian Gulf.

“Conducting this test and executing this realistic exercise generates greater proficiency for the crews and provides the perfect venue to put their training to use,” said Cmdr. Chris Gilbertson, deputy commodore of PCRON One. “When the time comes to act, they will have these experiences to provide the confidence to act and execute. Frequent, realistic training is necessary to keep these skills fresh to maintain combat readiness. Everyone this week made the most of this unique opportunity.”

Lt. Cmdr. Greg Page, the Commanding Officer of USS Firebolt (PC 10) echoed those sentiments. “This live fire event was an excellent opportunity for the crew to build proficiency in use of the weapons system as well as build confidence in capabilities of the system,” said Page. “Furthermore, hitting the target added to my operator’s confidence in his own ability and bolstered the crew’s understanding of the system itself.”

At-sea tests of GMS began in 2012, but the GMS program was only declared operational following the first live-fire tests on PCRON One’s ships on March 25, 2014. Over the next several years, the program was implemented on each of PCRON One’s 10 ships. The addition of the GMS to the coastal patrol ship’s arsenal provides even more options for crews when faced with any number of threats in the 5th Fleet area of operations.

“The Griffin Missile System complements the crew-served weapons we have onboard, giving us options for layered defence,” said Lt. Cmdr. Chad Stewart, commanding officer of USS Squall. “The multiple weapons systems onboard allow us to choose the best course of action when we need to make those difficult decisions.”

The participating ships are five of the 10 PCs forward deployed to Manama, Bahrain assigned to Task Force 55, which is responsible for all surface forces in the U.S. 5th Fleet area of operations, to include U.S. Navy coastal patrol ships and U.S. Coast Guard cutters.

“The multiple weapons systems onboard allow us to choose the best course of action when we need to make those difficult decisions.”

any chance of a f 16 vstol? i looks a lot nicer than the’ cardboard/lego design of the f 35