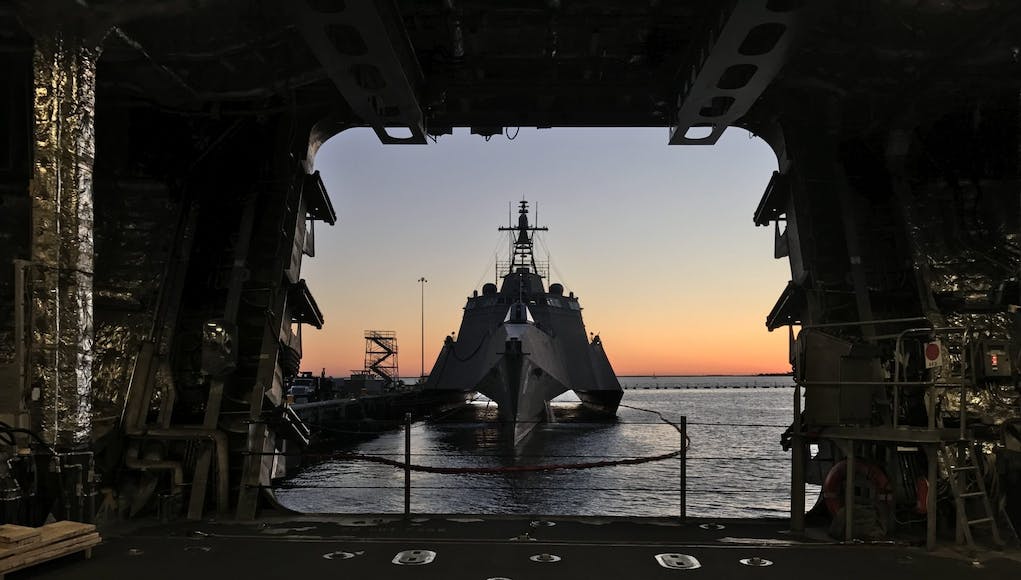 The drone was simulating an anti-ship missile as part of a Combat System Ship Qualification Trials (CSSQT) event to demonstrate the self-defence capability of the ship against an aerial target.

“I couldn’t be more proud of my crew and all the hard work we have put forth in preparing for and accomplishing the CSSQT events.

It’s been a long journey, with a lot of training, effort and dedication.

These events further demonstrate that my team is ready to fight and defend Jackson, and that our ship is ready when called. I couldn’t be happier with the results.”

In a statement to the press, the US Navy said:

Any modest achievement by these poor vessels get’s so much back slapping.