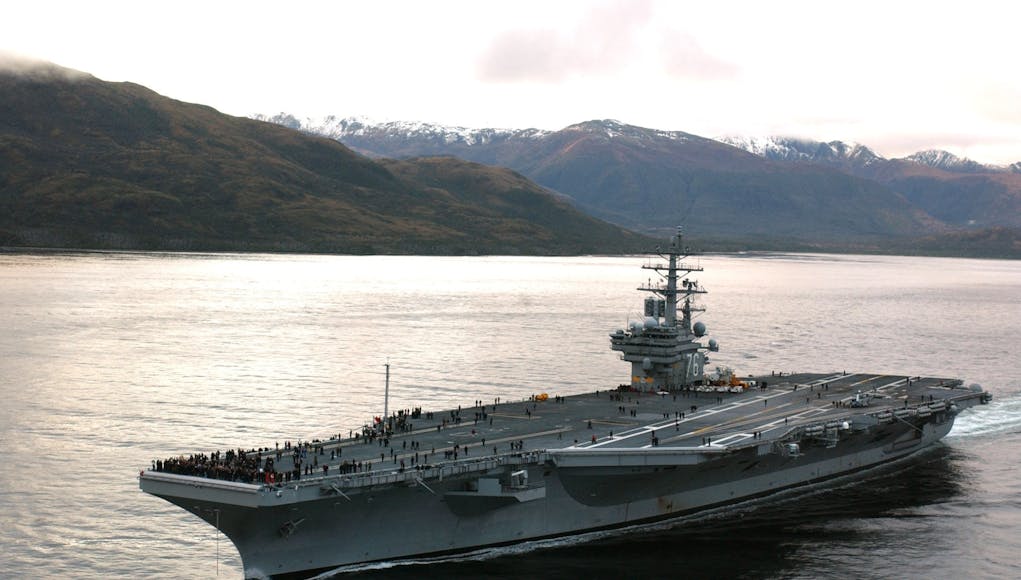 The exercise is intended to bolster their joint combat readiness and interoperability, according to the South Korean Navy.

The AEGIS equipped Sejong the Great class destroyer and 19 other warships will participate in the drill. The US will provide the supercarrier and four other vessels.

The Ronald Reagan is a Nimitz class nuclear powered supercarrier. The ninth ship of her class, she is named in honour of former President Ronald Reagan.

The Nimitz class supercarriers are a class of ten nuclear powered aircraft carriers. The lead ship of the class is named for World War II United States Pacific Fleet commander Fleet Admiral Chester W. Nimitz. They are the largest warships built and in service, although they are being eclipsed by the upcoming Gerald R. Ford class aircraft carriers. They can carry an embarked carrier air wing consisting of up to around 90 aircraft, though typically only around 60 are deployed. In addition to their aircraft, the vessels carry short-range defensive weaponry for anti-aircraft warfare and missile defence.

The US carrier deployed to South Korea to join the South Korean Navy’s maritime parade last Friday. It will head back to its home port of Yokosuka, Japan, after wrapping up the joint exercise.

that is going to piss the pot bellied pig off….