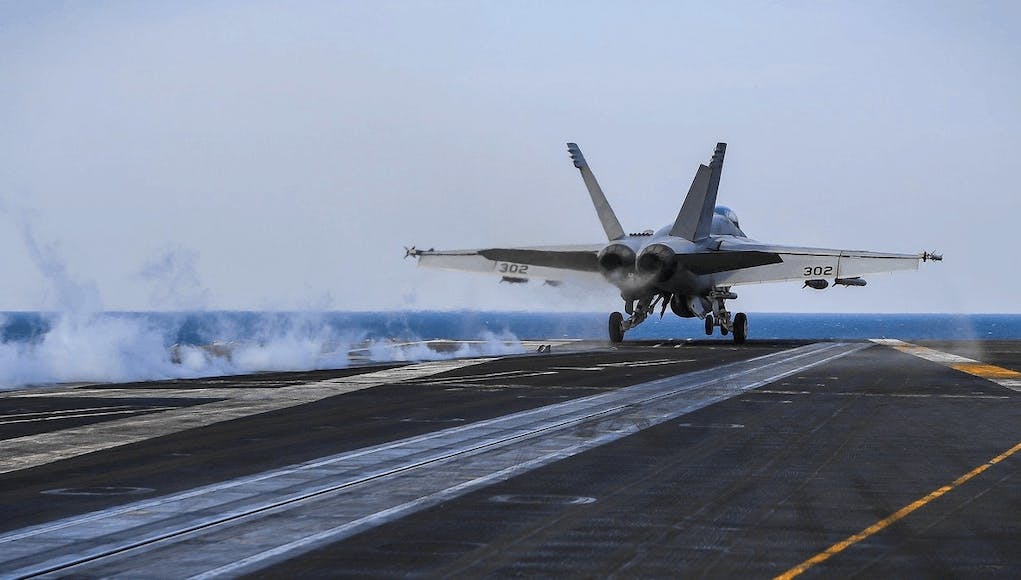 “The first day of flight operations supporting Operation Inherent Resolve is a highly-anticipated day where the Theodore Roosevelt strike group transitions into combat operations to demonstrate our continued commitment to this region and our partner nations,” said Rear Adm. Steve Koehler, commander of Carrier Strike Group 9.

“Success in this important mission takes every Sailor and Marine on board working as a team. I’m incredibly proud of all the work this team has done throughout their training and preparation, they are ready and now it is time to go to work.”

“Our priority is to be ready for any contingency,” said Capt. Chris Ford, commander of CVW-17. “The counter-terrorism mission is one of many reasons why we are here. I’m confident the highly skilled and professional warfighters in this air wing are ready to execute assigned tasking alongside U.S. and coalition forces.”