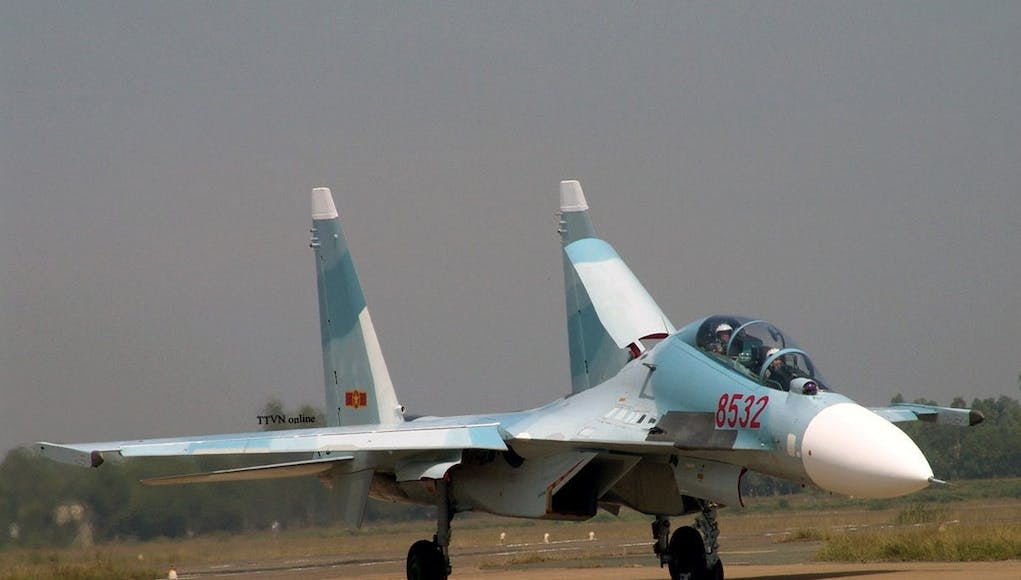 A Vietnam People’s Air Force’s Su-30MK2 has gone down during a trial flight.

Vietnam has confirmed it lost contact with a fighter jet this morning. A flight Su-30MK2 jets departed from Sao Vang Airport in the central province of Thanh Hoa. By around 8am, one of the fighter jets disappeared from radar according to local media.

Major General Do Minh Tuan, Deputy Commander of Vietnam Air Defense – Air Force told a local news outlet that the jet lost contact when it was training east of Nghe An central province. The air crew are reported missing.

The Vietnamese Air Force currently has around 36 Sukhoi Su-30MK2 jets in service.

The Sukhoi Su-30MK2 Flanker-G is a modification of the Sukhoi Su-30, incorporating advanced technology from the Sukhoi Su-35 variant. Su-30MK2 was developed by Sukhoi as a result of a direct Request for tender between the Russian Federation and China.

Apparently one pilot had been rescued but he reported that his 20 odds flashes did not work and he had to use MATCHSTICKS to strike up a light to signal for help !!! The other pilot is still missing . There is speculation among the Vietnamese people that the jet was shot down by Chinese missile ?? as all the rescuing stories announced by the Vietnamese government made no sense !!