Two Royal Air Force Voyager tanker aircraft are now being deployed to refuel a cargo aircraft over the Arctic.

A source told me that a significant amount of goods brought to the UK over the course of December are being brought by this one cargo aircraft, so all efforts are being made to make sure it reaches its destination.

Details are scarce but it’s understood that the Voyager aircraft will be making sure the cargo aircraft has enough fuel to conduct an incredibly long haul flight. This is primarily due to the increased weight the aircraft has on taking off, meaning it burns more fuel.

Voyager, the RAF designation for the Airbus A330 MRTT, made its first operational tanker flight in May 2013. The UK operates a total of 14 Voyager aircraft, 5 of which are leased for commercial purposes when not required.

🚨 BREAKING NEWS | Two Voyager tankers are being readied for a secret deployment tonight. Details are scarce but it's understood that the aircraft will be making sure a cargo aircraft has enough fuel to conduct an incredibly long haul flight.

The operation, involving both Western and Russian forces, is being called Operation RED.

It is understood that the Ministry of Defence used satellites with infra-red sensors to track the aircraft, the heat from an animal’s red nose was clearly visible.

It has also been made clear in the last few moments the refuelling operation has now started and additional Typhoon aircraft have been scrambled from RAF Lossiemouth to begin escorting the cargo aircraft over every British city, town and village later tonight but it is understood that the aircraft has only been cleared to fly over the homes of good boys and girls as discussed above.

It is expected that the soon to be refuelled aircraft will enter UK airspace not a moment before midnight tonight. In addition to fuel, the Voyager aircraft has is also transferring over some biscuits and a large quantity of Brandy.

“So here it is merry Christmas.
Everybody’s having fun
Look to the future now
It’s only just begun!”

Merry Christmas George and all the contributors and commentators on UKDJ. I have enjoyed our conversations this year. Take a much deserved break!

Well, we have now gone from purile to infantile, very slickly done – my compliments. Can’t wait for April Fool’s day…… With Russia massing on the borders of Ukraine and little green men due over the border from Belarus any day plus, of course, Taiwan under an increasing real threat – let’s have silly headlines from a serious defence journal. If it really is a slow news day – there’s always the old standby of an article about NHS Scotland. Doubtless there will be hoardes of UKDJ ‘groupies’ who really appreciate the repetitive childish stories of reindeer and Father Christmas… Read more »

Yeah Merry Xmas Clive. We used to post this fun stuff when I was on deployment. Hope you get coal in your stocking you miserable git.

Clive, It’s a military rag and squaddies (as well as the other 3) do subscribe to a very British trait that sadly is being eroded by PC speak. For example when one of my lance jacks was hit by a truck and put in hospital, (In front of me) I broke the news to my Oscar Charlie that the soldier in question wouldn’t be playing football for the squadron that weekend.  When on tour, I was handed a request from a Pen Pal who stated she didn’t want a reply from somebody non-white and how we all laughed when I… Read more »

Personally, I’m quite capable of doing defence analysis and being nice at Christmas, thank you.

Analysis? I reckon I could talk you under the table on the subject.

Anyway, as I earlier posted on an earlier thread –

“Merry Christmas to George and the UKDJ team. Thank you with providing this forum for us.
A Merry Christmas to all posters on the site, with especial mentions for my friends Airborne, Lusty, geoff, Robert B, John C, Klonkie, and others.”

As for Clive, hope you find a better UK centric defence site soon, and that you’ll be happy ever after.

Merry Christmas Daniele. Have a good one pal 👍🇬🇧

Spot on reply as ever mate, cool calm and calculated! Happy Xmas to you mate and the family, keep posting and stay safe!

I prefer helicopters anyway. Voyagers are no fun. Give me a Sea King any day. Perhaps Clive won’t approve, but we gave a Santa a dunk from one once. ﻿😂﻿ I may or may not have written ‘crab’ on one of the RAF’s cabs as well. I mean, ‘RAF’ Rescue was asking for it! Oopsie, can’t have fun. I do remember a B3 Type 22 playing silly buggers with the Russians. The crew made a bloody big torpedo tube out of all manner of crap from the ship and set it out on the deck to mess with the Russian… Read more »

Clive Clive, the worse it becomes the more you need to laugh. Childish fun is the best way to manage the misery the world dishes out.

So I suggest doffing a silly hat and in the words of Elsa “ let it go”.

I’m sure you just posted that so you get someone to speak to over Xmas with the replies! George’s site, he can do what he wants as 99% of the articles are serious and spot on. Just log off over Xmas and rejoin in Jan if these sort of light hearted stories make you glum!

The 1st few years these Christmas posts (and especially the April fools ones) got me everytime lol… I think they should be regarded as expected now and wouldn’t have it any other way. Big thanks to George as always. Merry Christmas and all the best for an improved New Year to all on here.

enjoy posting on another less infantile site… To everyone else, Merry Christmas….

I am assuming you are related to Uncle Ebonizer?

Enjoy the day Clive – some of us, use these articles to wind our kids up.

I have a 7 yr old boy who still believes in Santa!

This is totally harmless stuff – if you don’t like it – don’t read it.

Merry Christmas – Peace and Goodwill to all on UKDJ.

SB, he must have seen the NORAD tracker? Utterly magical! A wide eyed child leaving a carrot on the doorstep and a sherry and nibble on the table is what Christmas is all about.

Long may the lad believe.

Well its Christmas and so I will post two articles (on a 1 week time out basis) for people to read over the festive period:

Page 2 (Note it will self delete by New Years Eve)

Page 3 (Note it will self delete by New Years Eve)

Page 4 (Note it will self delete by New Years Eve)

Page 5 (Note it will self delete by New Years Eve)

Final Page (Note it will self delete by New Years Eve)

Good idea Farouk, there are some interesting developments taking place with air mobile at the moment! I think it’s a case of making good use of what you have available!

A very Merry Christmas to you Clive Ebenezer Carty.

Go easy on the coal and the candle you ungrateful ….

To everyone else on UKDJ, have an enjoyable Christmas and a happy new year. 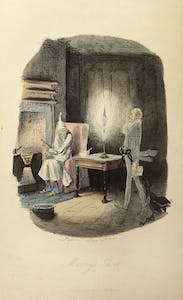 Happy Christmas to all the writers and commentators. We may not all see eye to eye on something’s but I enjoy reading your views and as you person to another I hope your year is safe and you achieve what you want to.

PS I’m so reading the Guardian this evening .

Just leave a lateral flow test next to Santa’s mince pie & eggnog. Keep safe everyone and have a very Merry Christmas.

If you are on duty tomorrow all of the above plus a BIG thankyou!

All the best folks, have a good break

Is this cargo aircraft an updated version of the DHC-4, I ask?

Merry Christmas to one and all.

Merry Christmas to you George ,and all you other guys great talking to you all 🎅

merry Christmas George and the team Ma y we all have a sane new year!

Did the Voyagers use both tanker point’s one with the with mince pie’s and one for the fodder.

Merry Christmas everyone. For anyone feeling a bit left out cough cough. I offer the wise words of my personal guru. Homer J. Simpson. ‘Alcohol the cause of and solution too all of lifes problems’