Home Air WHO appear to use ‘terrorist hardware’ to deliver vaccines 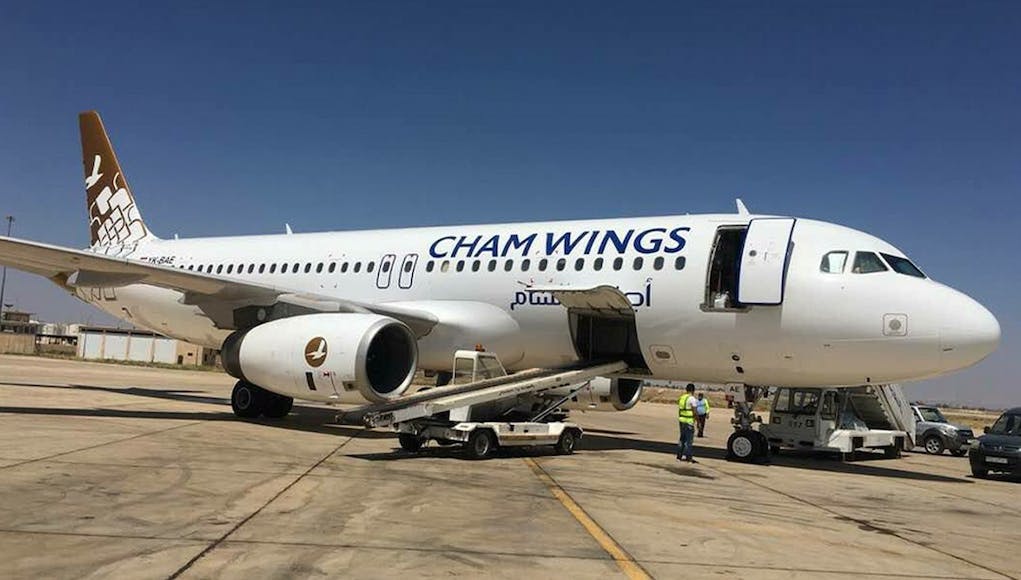 The World Health Organisation have tweeted an image of a Cham Wings A320 transporting vaccines despite the airline being sanctioned for ‘terror and human rights violations’.

In 2016, The U.S. announced sanctions on Cham Wings, Syria’s second-largest carrier. Privately owned by businessman Issam Shammout, Cham Wings has been blacklisted by the U.S. Department of Commerce since 2011.

Despite the airline’s private ownership, it has acted as a critical participant in the regime’s and Iran’s war effort in Syria. Treasury sanctioned Cham Wings for providing material support to entities sanctioned for proliferation and terrorism activities.

The World Health Organization (#WHO) continues to provide humanitarian assistance aid to the people of #Libya. More than sixteen tons of medicines, supplies and equipment dispatched from WHO warehouses in #Dubai have just arrived at #Benina International Airport in #Benghazi. pic.twitter.com/iwIustDyUi

There is certainly some irony here with this airline delivering vaccines, local media in Libya has recently reported that the Libyan Interior Ministry has warned of a health disaster after Cham Wings opened an office in Benghazi, bringing people from Coronavirus-hit areas into the eastern region.

In a statement, the Interior Ministry said Cham Wings office in Benghazi was undertaking “dubious trade activities” and bringing people who had contact with Iranians to Benghazi, saying that Iranians are now in control of all over Damascus.

According to the Libya Observer:

“The Interior Ministry said it had information that Cham Wings flights to Benghazi brought Syrian fighters and experts with links to Russian Wagner Group, terrorist Hezbollah and Iranian Revolutionary Guard members. It warned eastern Libyan commercial banks not to deal with Cham Wings and warned people not to come in close contact with any person coming on the airliner’s flights. The Interior Ministry called on the UN Support Mission in Libya and UN Sanctions Committee to document these violations and hold the perpetrators accountable.”

Defence analysts were quick to notice the irony in this too. The Open Source Intelligence Twitter account SkyWatcher Intel has also been discussing the WHO tweet, if you don’t follow them then I’d suggest you go do that now.

The WHO is basically using terrorist hardware to deliver vaccines. Amazing.

Essentially, The World Health Organisation appear to be transporting COVID19 vaccines using an airline being blamed for spreading the virus and currently sanctioned for ‘terror and human rights violations’ in the Middle East.

We have reached out for comment and will update this article if we get a response.

I suspect this is a cock up by a hard pressed local WHO official stuggling to deal with a pandemic in a war zone rather than a deliberate act of supporting any kind of terrist action or organisation. Frankly I struggle to think of a more thankless or tougher job!

surely it can be the only reason.

Either that or it was the only show in town and needs must.

Very possible I guess. Awful position to be in, either way.

Yes, it is very possible that every other airline would be threatened.

With some many airliners “without job” due to COVID i wonder if is that the reason. Note that many people that WHO, UN and others contract in some locals have links to very unsavory people and might have been even agents because they are the ones with power to move things and stop things. Not just bribery.
I’ll not be surprised also that the aircraft transported more than vaccines.

It is entirely possible to get a waiver of sanctions for humanitarian reasons.

I suspect this will have happened with this particular scenario, especially where options are limited.

The WHO being a UN body will almost certainly have gained an exception.

I was not aware of that option, although it makes sense under the circumstances.

It will be interesting to see if the WHO reply and what they say.

Good Morning! Those who get their ”news” from CNN,BBC,MSNBC, SKY (UK) etc may be in for a surprise if they bothered to take a few minutes to look at many of the goings on with the WHO and other global ‘actors’ – so this may be a surprise – I suspect to some on this forum however nothing of the sort.

WHO – getting ready for the ”great reset”

That sounds exciting, is this their annual reboot of the laptops, or do they all go back to their regional CDC on the board? I’d love a reset after covid, maybe a spa and massage, beers, good food, maybe like you a little hug to get me through missing any meds.

Yes I know it sounds made up but it’s actually a thing:

The truth is often stranger than fiction!